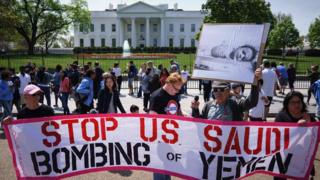 The US Republican-led Senate has approved a bill to end US support for the Saudi-led coalition war in Yemen.

The bipartisan vote was 54 to 46, and is a rebuke to President Donald Trump’s support of Saudi Arabia and its leader despite recent tensions.

Mr Trump has vowed to veto the resolution should it pass through the Democrat-led Congress.

The war in Yemen started in 2015 and has left thousands of Yemenis dead and millions more starving.

The US sells weapons used by the Saudis and its military provides logistical and intelligence support to the coalition for drone strikes.

The Senate resolution, an unprecedented attempt to curtail presidential powers, seeks to end US military involvement in the conflict within 30 days.

Why are senators unhappy with Trump?

Many lawmakers have taken issue with the number of civilian deaths in Yemen’s conflict and have been calling for an end of US military support ever since the murder of Saudi journalist Jamal Khashoggi in Istanbul last October.

The Senate has blamed Saudi Crown Prince Mohammed bin Salman for ordering the death of the US resident, and are unhappy with Mr Trump’s response to the issue.

President Trump has described Saudi Arabia as a vital ally and resisted calls for sanctions against the kingdom’s leadership.

This is the second time in months a bill on pulling US forces from the military conflict has been voted on in the US Senate – last December’s move later stalled in the then Republican-led Congress.

Wednesday’s resolution will be considered in the now Democrat-led House of Representatives, and is thought likely to pass. 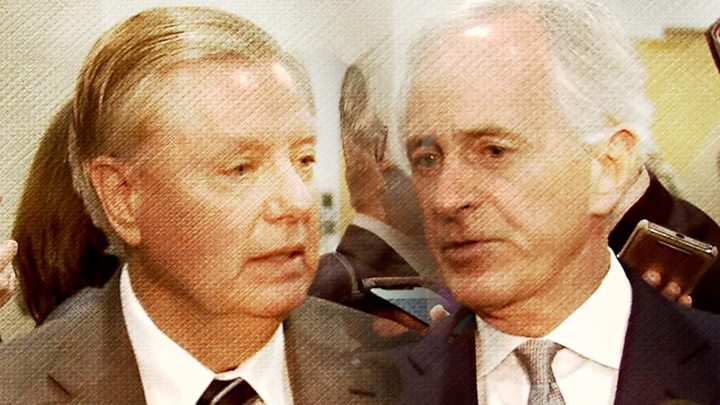