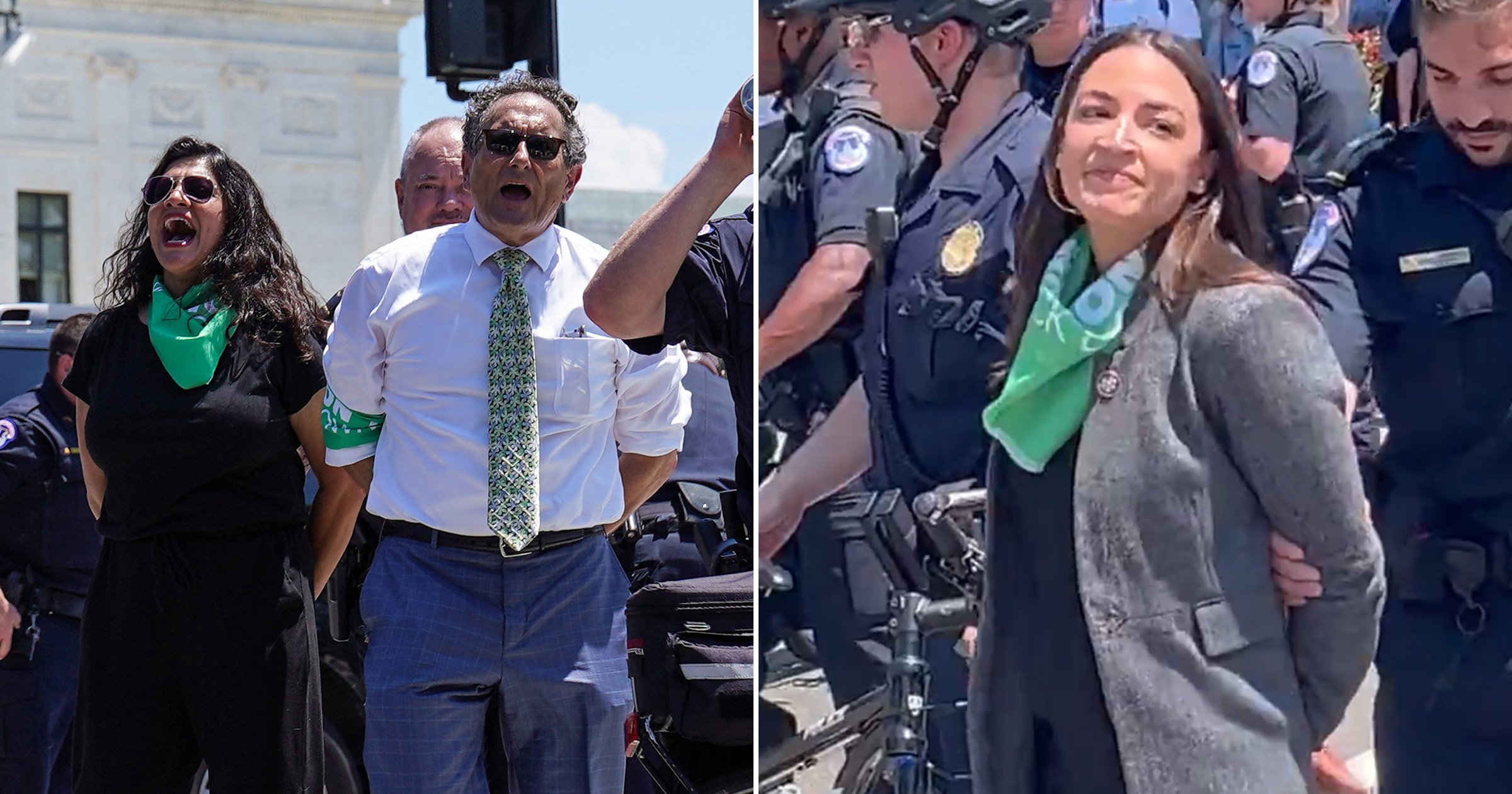 Seventeen US lawmakers were arrested at an abortion rights rally outside the Capitol building, with one of them appearing to pretend she was handcuffed.

As she was lead away by Capitol Police, Rep Ocasio-Cortez held her hands behind her back. Some conservative commentators mocked her pose, accusing her of ‘pretending to be handcuffed’.

The members of Congress wore green bandanas with the slogan ‘Won’t Back Down’ emblazoned on them.

Eighteen more people were arrested at the event, according to the Capitol Police.

The lawmakers are not expected to face any serious charges.