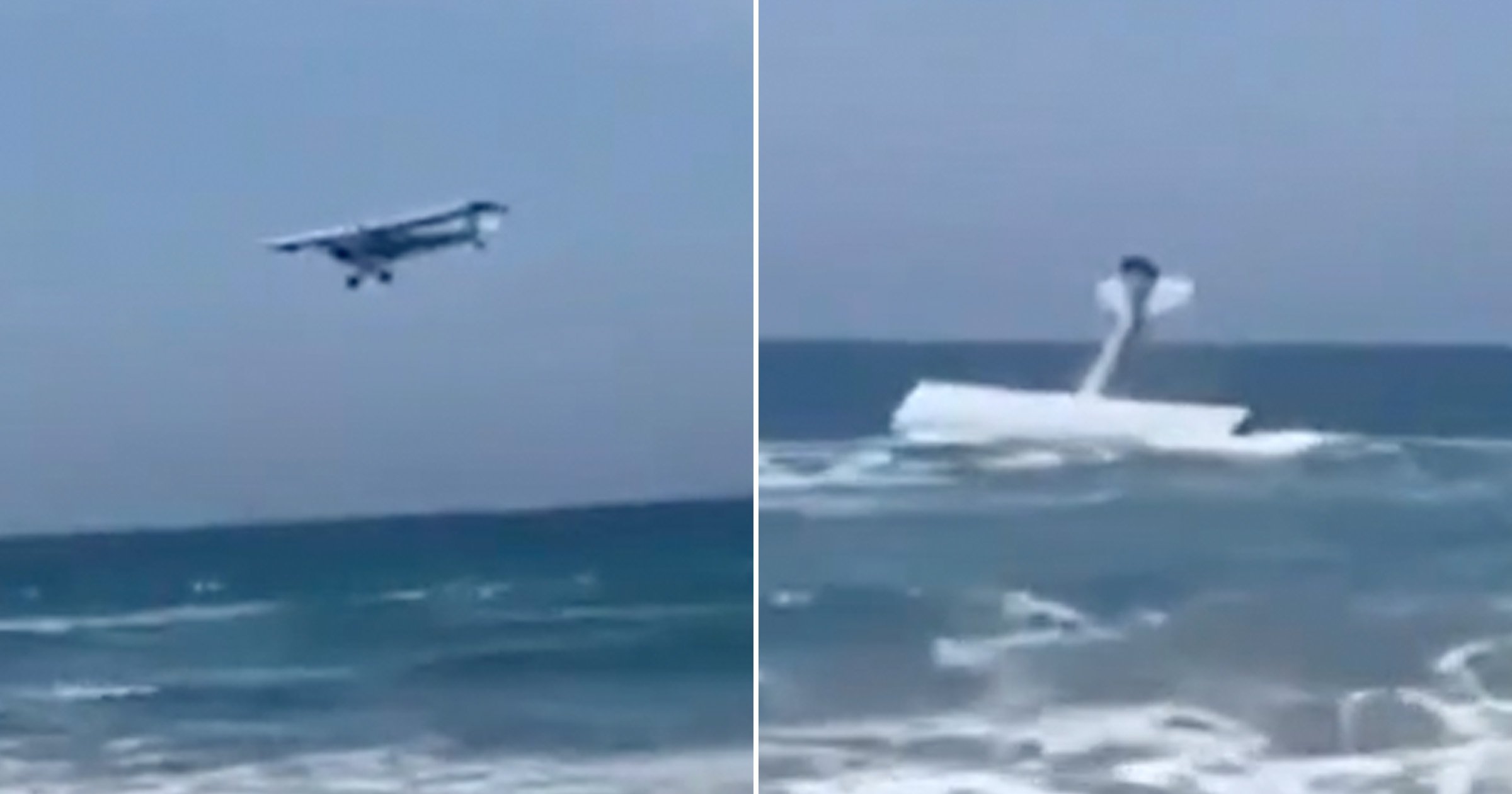 A small aircraft crashed into the ocean near Huntington Beach Pier in California on Friday afternoon.

The plane was seen gliding over the ocean, before going in nose-first not far from the shore around 1.38pm, CBS News reported.

A video from a witness shows the aircraft tugging a banner before plunging in the water. The plane’s tail stuck up in the air before dropping down.

Two Junior Lifeguards who were training nearby were seen running into the water with surfboards before the clip cuts off.

How many people were aboard the plane, their identities and the extent of any injuries was not immediately known.