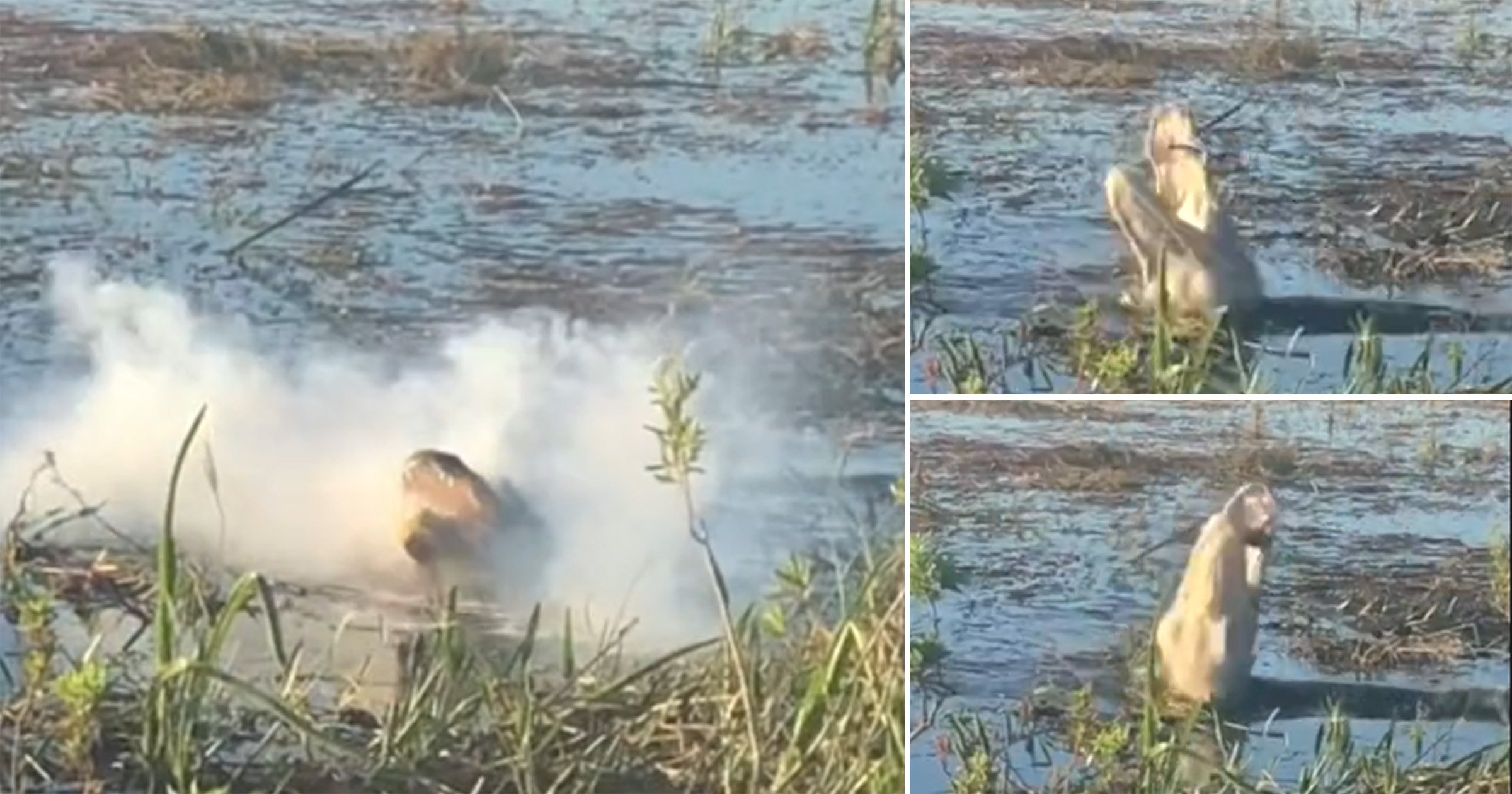 A TikTok user shared a video showing the moment an alligator grabbed a drone hovering in mid air, mistaking it for a snack.

Shot in Florida’s Everglades national park by a pair of travel bloggers who got more than they bargained for, the footage sees the animal leap out of water and chomp on the drone.

As it stuck its sharp teeth in the device, it is believed the alligator – called George – ripped into the batteries.

It is likely the drone then combusted, causing thick white smoke to pour out of its mouth.

But despite the amount of smoke, the animal continued to chew the drone.

The video was posted by TikToker @devhlanger on August 22.

The user said: ‘We were trying to get a close up of the gator with its mouth open and thought the obstacle avoidance would would make the drone fly away.

‘It was only our second time using the spark.’

Capturing a real ‘technology versus nature’ encounter, the footage has been viewed more than four million times on the social media platform.

But angry TikTok users hit out at the travel bloggers claiming they endangered the animal, and some even said they reported the incident to local authorities.

Under Florida law it is a third-degree felony to kill or injure alligators, which normally have a lifespan of 35 to 50 years – though the oldest ever is known to have lived until 80.

‘It is lithium and it reacts with water. That will burn through him.’

But the creator defended herself, writing in the comments: ‘1) this is outside national park 2) this is on a tour 3) I’m clearly filming the drone and flying the drone 4) accidental 5) direct your anger at alligator farms.’

She added that George seemed fine and was still looking hungry after.