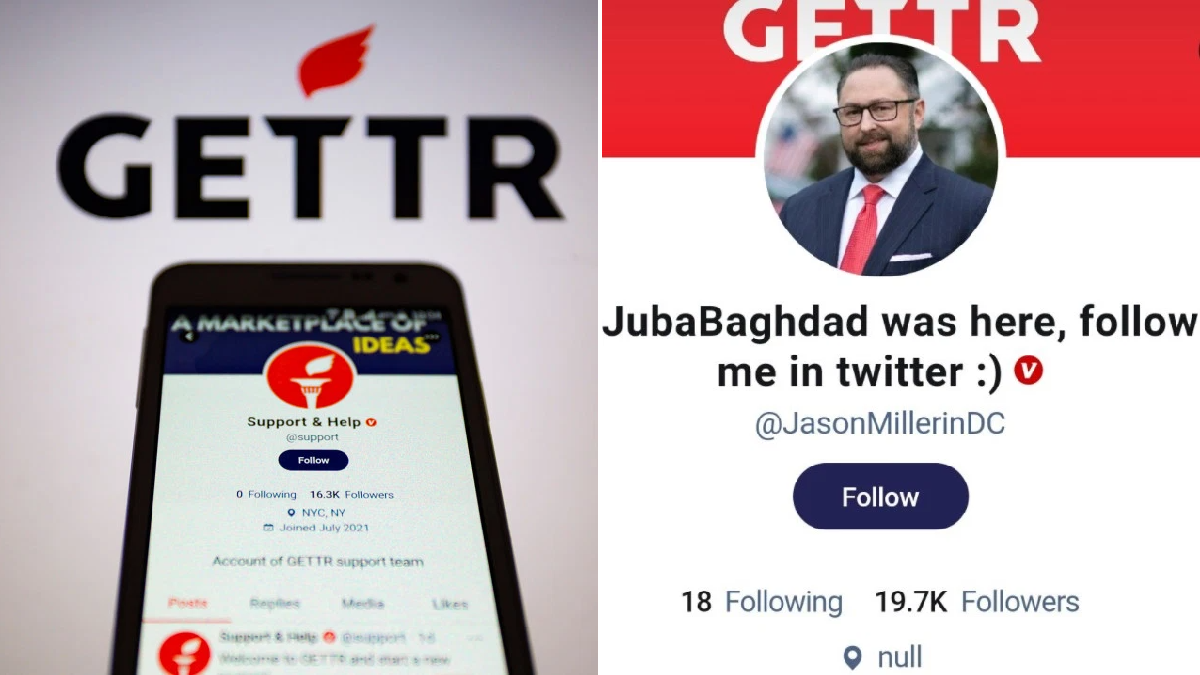 ‘The problem was detected and sealed in a matter of minutes, and all the intruder was able to accomplish was to change a few user names,’ Miller said in a statement to Reuters.

A Twitter account belonging to the user name retweeted Petrizzo’s screenshots, as if to claim responsibility for the hack. The Twitter user’s profile description read, ‘We work in the darkness, but serve the light’.

GETTR, which was announced last week, works like Twitter, which Trump used regularly and amassed a massive following on. Trump, who was banned from Twitter after the deadly Capitol riot, repeatedly accused the social media giant of censoring conservative users. GETTR calls itself a ‘non-bias social network’.

Trump has not yet joined GETTR and it is not clear whether he will.

Miller told Fox News he hopes Trump will create an account, but that the ex-president is looking at various social media options.

The former president launched a blog called From the Desk of Donald J Trump to post his statements with buttons to share them on Twitter and Facebook. However, Trump shut it down in early June after only a month after reportedly getting upset over low engagement.

At the time, Miller confirmed that Trump’s blog ‘will not be returning’.