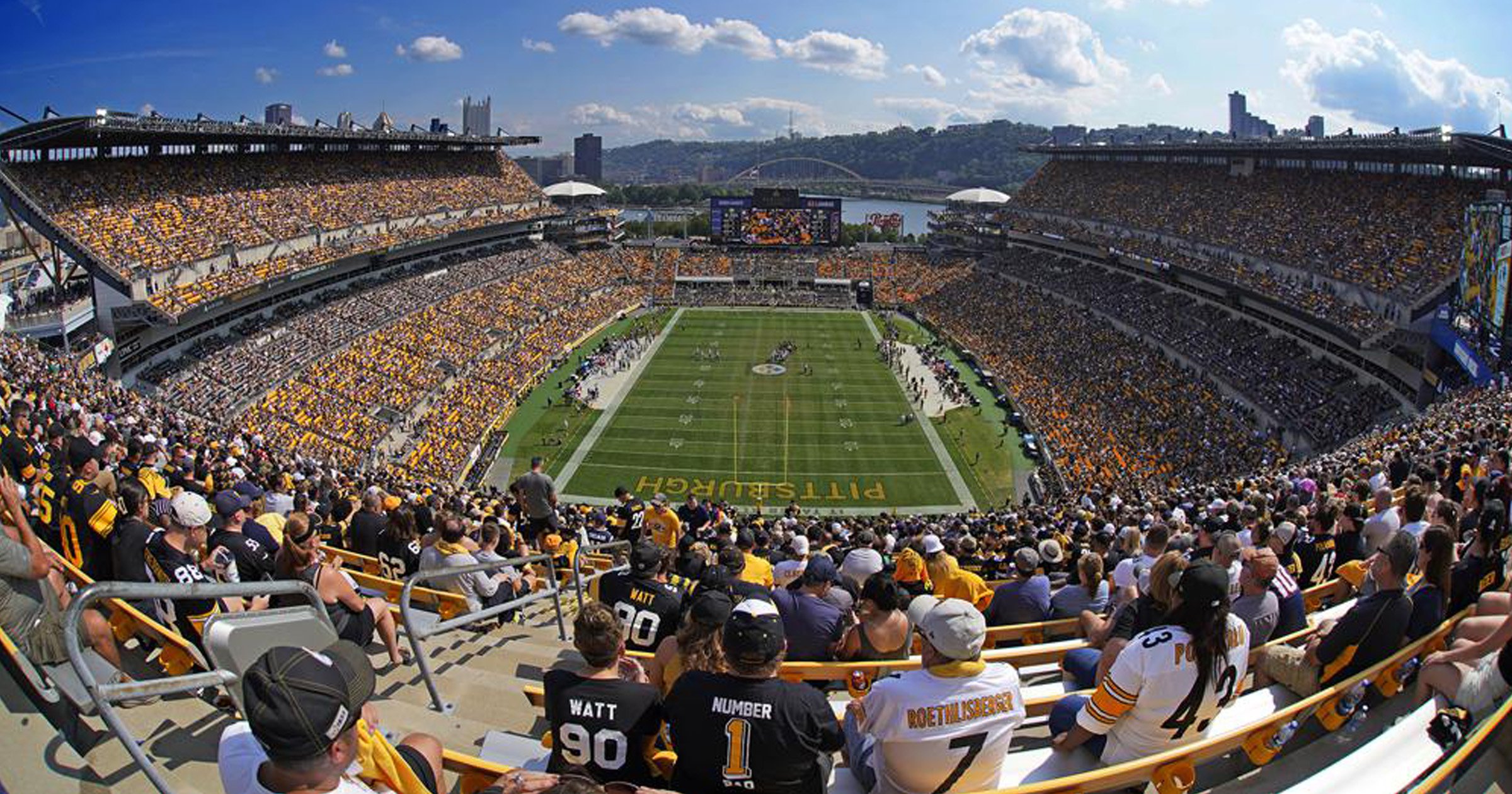 A man fell to his death during an American football game on Sunday between the Pittsburgh Steelers and the New York Jets.

The spectator, identified as 27-year-old Dalton Ryan Keane, died following a fall on an escalator at Acrisure Stadium in Pittsburgh, Pennsylvania.

Police and emergency service personnel arrived at the stadium around 4.45pm Sunday, not long after the Jets won in a 24-20 victory over the Steelers.

Emergency service personnel provided care at the football stadium. Keane was taken to a nearby hospital in critical condition, and soon after he was pronounced dead.

A relative of Keane’s who spoke to the New York Post said the family did not yet know what led to his fatal fall.

On Monday, Keane was identified by the Allegheny County Medical Examiner’s Office. The 27-year-old was originally from Monaca, about 25 miles northwest of Pittsburgh.

‘We are aware of an unfortunate incident that occurred inside Acrisure Stadium today,’ Steelers spokesman Burt Lauten wrote in a news release.

‘We are working with local authorities and helping their investigation into the matter. We are sending our thoughts and prayers to the guest’s family.’

Keane had worked as a pipefitter at McCarl’s, an industrial piping company in Beaver County, according to the Pittsburgh Post-Gazette.

The company’s CEO Ken Burk told the outlet they were ‘shocked’ and ‘saddened’ by the news, and that the 27-year-old had been one of the company’s ‘key guys’ as a foreman.

The Pittsburgh police Mobile Crime Unit was dispatched to the stadium in response to the incident, and detectives with the Violent Crime Unit are investigating.

This isn’t the first major accident involving an escalator to happen at a National Football League stadium.

In 2021, an escalator malfunction at the Patriots’ Gillette Stadium in Foxborough, Massachusetts, resulted in nine people being hospitalized. This past summer, a man fell from an escalator 40 feet to his death at another NFL stadium in Pennsylvania.

Hugo Sanchez Marquez, 32, attended the opening night of the Weeknd’s tour at Lincoln Financial Field, where the NFL’s Philadelphia Eagles play, and suffered major head trauma after he fell. He was pronounced dead at an area hospital.