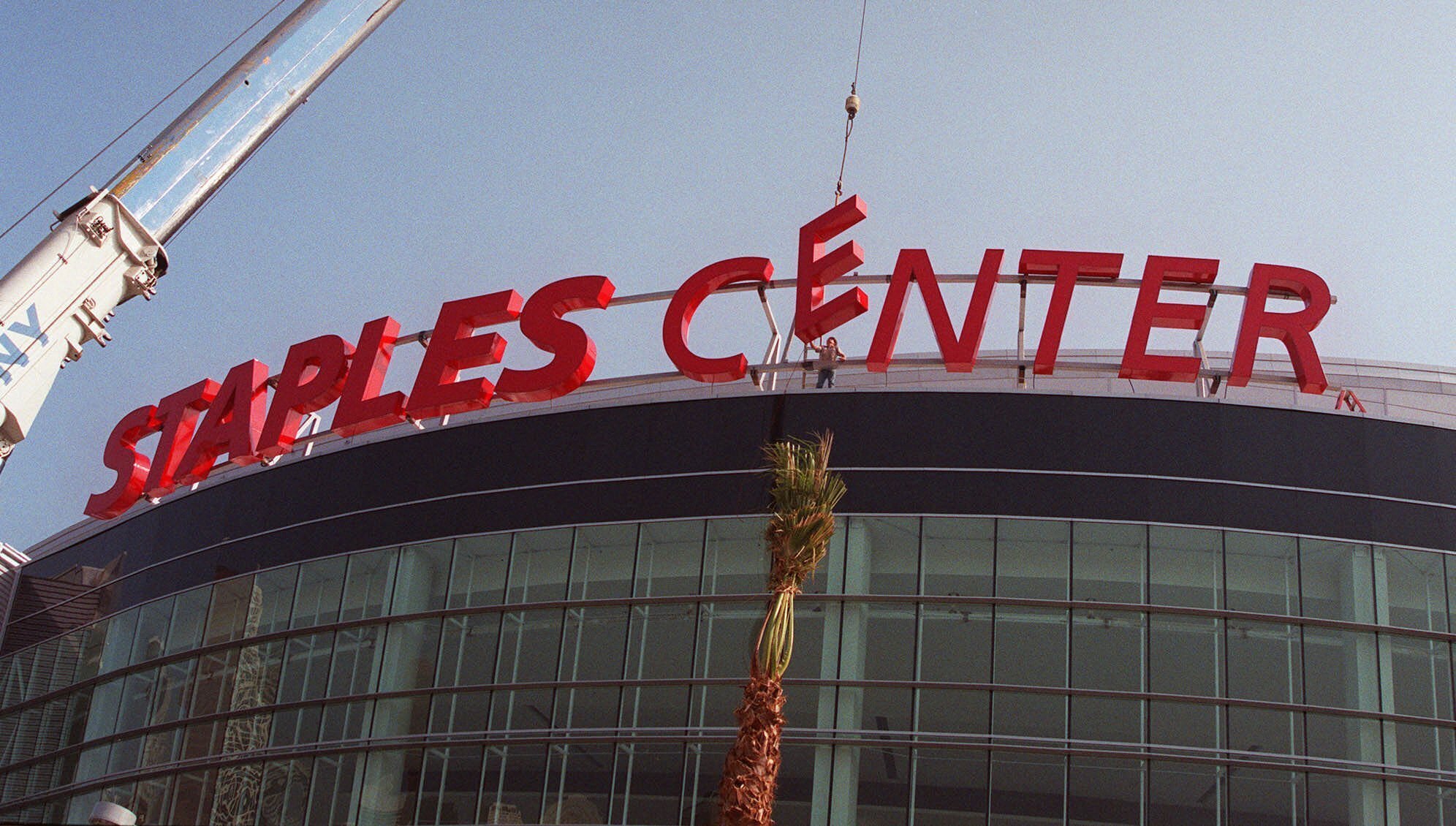 Staples Center, long the iconic home of the Los Angeles Lakers among other sports teams, is getting a massive name change – and many fans have voiced their disbelief.

The center in downtown Los Angeles, California, is set to be renamed Crypto.com Arena on Christmas Day, under a 20-year deal between the Singapore cryptocurrency exchange and arena owner and operator AEG announced on Tuesday.

Crypto.com dished out more than $700million for the naming rights, which would make it one of the biggest deals of its nature in sports history, sources with knowledge on the matter told the Los Angeles Times.

The new logo will debut on December 25 when the Lakers host the Brooklyn Nets and all the old signage will be swapped out by June 2022.

Crypto.com CEO Kris Marszalek called it ‘such a brilliant move from the guys at AEG, because the next decade belongs to crypto’.

‘And this positions LA and this particular venue right at the center of it,’ Marszalek said.

But many were not keen on the renaming, among them Vanessa Bryant, the widow of the late Lakers legend Kobe Bryant. Kobe led the Lakers to five NBA championships at Staples Center, and the team’s championship flags hang from the ceiling of the arena.

‘Forever known as “The House That Kobe Built”,’ Vanessa wrote on Instagram.