Representative Elise Stefanik’s strenuous defense of the president has enabled her Democratic opponent to raise $5 million. Ms. Stefanik has raised even more. 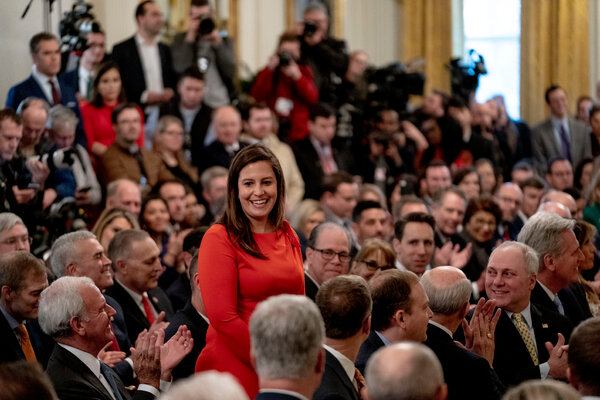 She dressed down reporters, witnesses and Democratic leaders. Her fervent defense made her into a Republican star, a chair of the president’s re-election campaign in New York and a featured speaker at the Republican National Convention in August.

It also made her a target of Democratic ire, turning her re-election bid in New York’s North Country into an unusually expensive and combative race.

Over the last year, Ms. Stefanik’s Democratic opponent, Tedra Cobb, has raised more than $5 million, about five times what she accumulated in 2018, when she was defeated handily by Ms. Stefanik. Much of Ms. Cobb’s money came late last year during the impeachment hearings.

That windfall allowed Ms. Cobb, a former county legislator and consultant, to purchase a raft of advertisements in the 21st Congressional District, a largely rural region that stretches from Lake Ontario to Lake Champlain, bordering Canada and Vermont.

The ads target Ms. Stefanik and the president on health care and the military, a major issue in a district which includes Fort Drum, particularly after reports of Russian bounties being placed on American troops.

“That’s cowardice,” one veteran says in a Cobb ad that accuses Ms. Stefanik and Mr. Trump of doing nothing in reaction to the reports of the bounties.