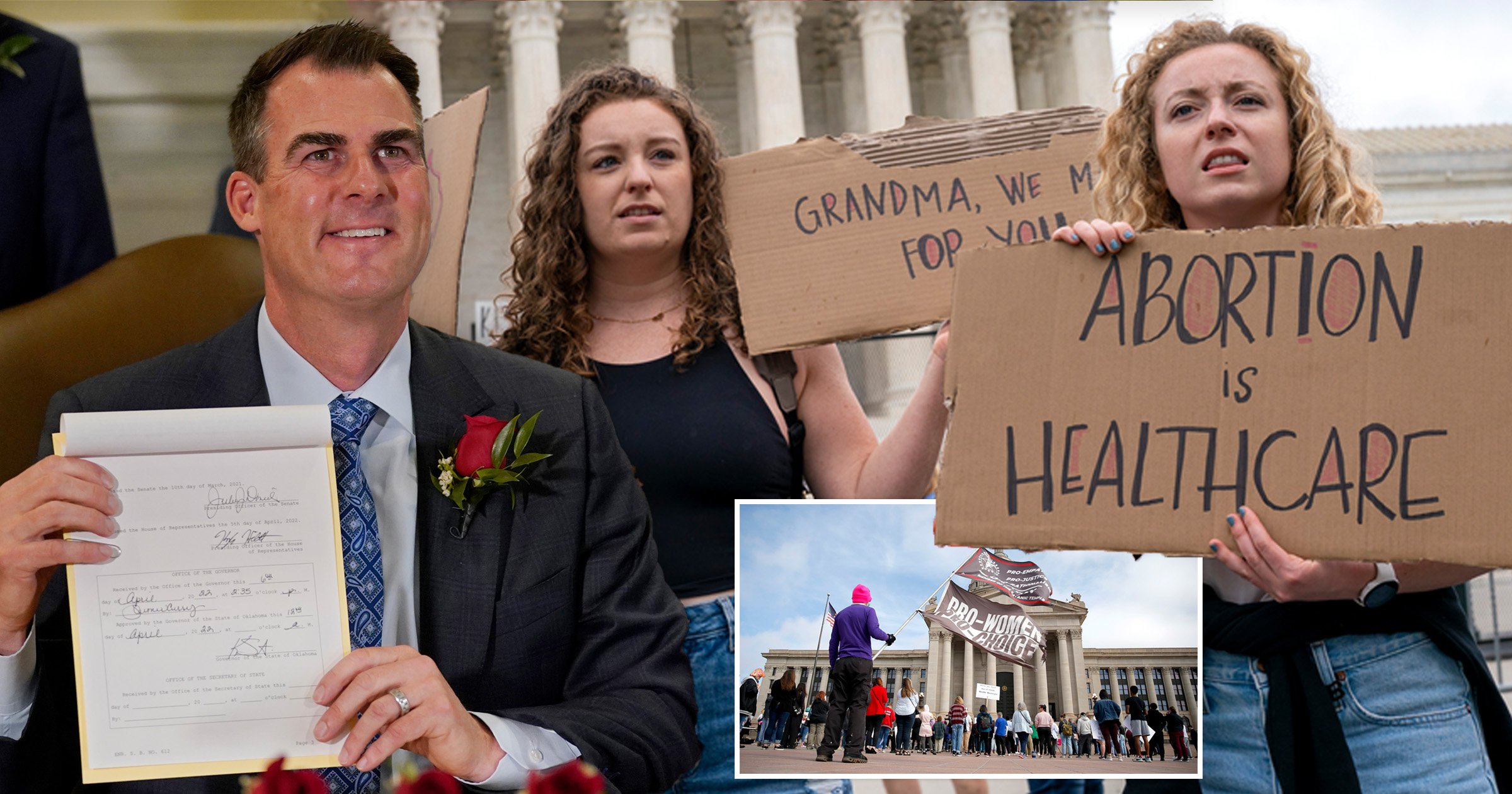 The strictest abortion law in the US has been signed, making Oklahoma the first state to effectively ban the procedure.

An abortion can now only be given to save the life of a pregnant woman or if the pregnancy is the result of rape or incest that has been reported to police.

Doctors are authorised to remove a ‘dead unborn child caused by spontaneous abortion’ or miscarriage, or to remove potentially life-threatening ectopic pregnancies.

Vice President Kamala Harris has named the decision ‘outrageous’, while experts at the Guttmacher Institute warned it will be ‘disastrous’ for Oklahomans.

Abortion clinics offered the procedure up until the moment Oklahoma Governor Kevin Stitt signed the bill on Wednesday.

‘I promised Oklahomans that as governor I would sign every piece of pro-life legislation that came across my desk and I am proud to keep that promise today’, the first-term Republican said in a statement.

‘From the moment life begins at conception is when we have a responsibility as human beings to do everything we can to protect that baby’s life and the life of the mother.

‘That is what I believe and that is what the majority of Oklahomans believe.’

The law, which does not apply to the use of morning-after pills or any type of contraception, will be enforced by civil lawsuits rather than criminal prosecution.

The right to choice is in jeopardy across the whole country as the US Supreme Court may be about to remove the nationwide legal right to abortion.

Fears are rife that abortion could be banned in up to half of all US states if Roe v Wade is overturned, but a decision will not be obvious until June.

Mr Stitt has already signed into law two abortion measures in 2022. One allows private citizens to sue abortion providers or anyone who helps a woman obtain an abortion.

Another makes performing an abortion illegal in the state, punishable by up to 10 years in prison – with an exception only in the case of a medical emergency. This law will take effect this summer if it’s not blocked by the courts.

Women who want abortions in Oklahoma will now be assessed by doctors who will decide if they qualify within the new rules.

They will have the termination in hospitals, rather than abortion clinics, the law’s author, state representative Wendi Stearman, said.

But activists warn that forcing them to offer proof could prove difficult and become dangerous in some circumstances.

The bill is modelled on a Texas anti-abortion law – but goes even further as abortion is still allowed in Texas within six weeks.