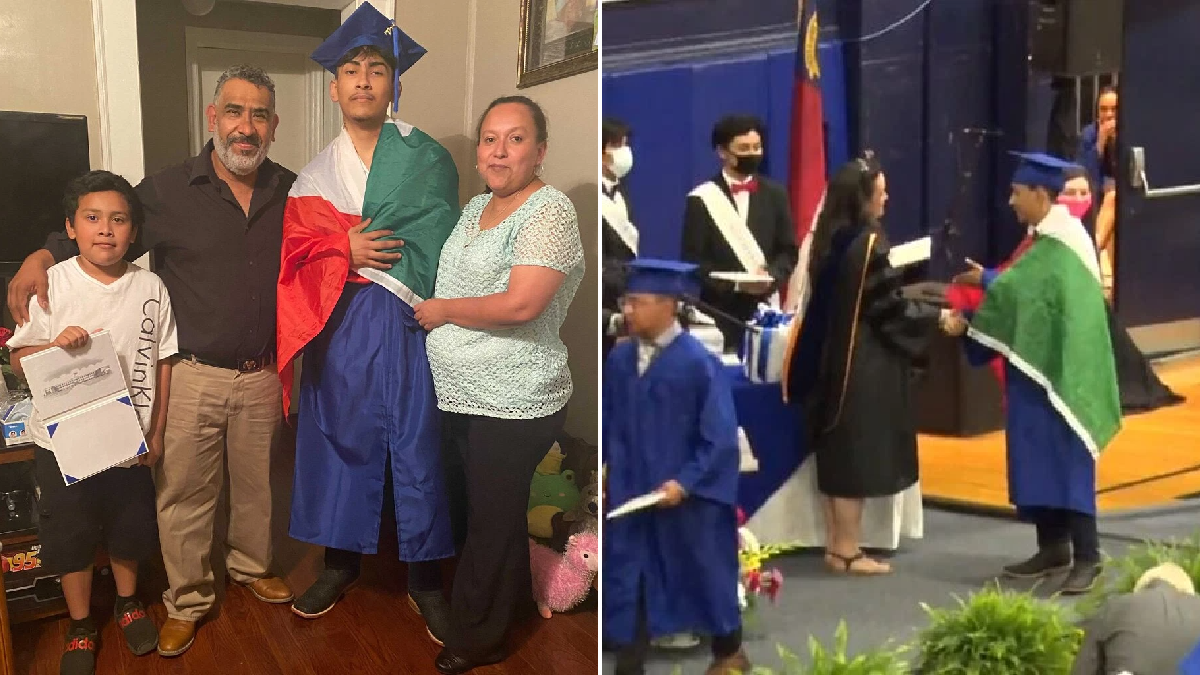 A student was denied his high school diploma during his graduation ceremony for wearing a Mexican flag around his gown. Ever Lopez was set to be the first person in his immediate family to finish high school until the principal decided to withhold it over the flag.

In a TikTok video recorded by Lopez’s cousin Adolfo Hurtado on Thursday, Lopez could be seen walking to the center of the stage with the red, white and green flag around his shoulders and back.

Lopez had a brief exchange of words with Asheboro High School Principal Penny Crooks, which drew boos from the audience. Moments later, Lopez walked off the stage and raised a fist as he went back to his seat.

In another video posted on TikTok by Hurtado, Crooks with by four police officers escorted Lopez and his family out of the graduation ceremony.

‘He and his parents can come back tomorrow, and we can talk about it. Go on,’ Crooks says in the clip that has garnered more than seven million views.

On Sunday, Lopez said he wore the flag because it ‘means everything to me and my family because it’s what is in our blood’.

‘It’s where we came from, and I’d do anything to represent,’ Lopez said, according to The New York Times.