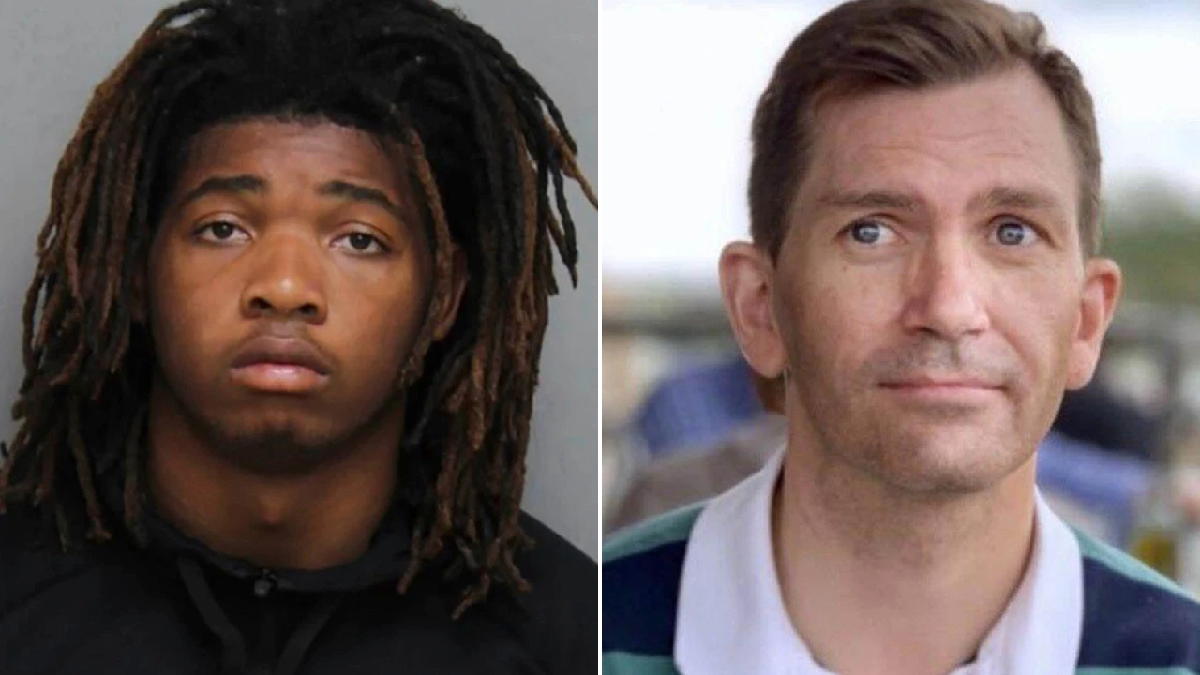 A college student has been accused of beating a man to death – breaking every bone in his face – after the victim catfished him on Tinder.

Ismamen Etute, 18, allegedly killed 40-year-old Jerry Smith with his bare hands at Smith’s apartment in Roanoke, Virginia, on May 31.

Freshman, Etute, initially turned up at Smith’s flat in April for oral sex with someone named ‘Angie’, whom he matched with on Tinder, the Roanoke Times reported.

The suspect is then said to have returned to the apartment on May 31 for another meet-up, but when the pair began to engage in sexual activity Etute discovered his date was actually a man, assistant commonwealth attorney Jason Morgans said.

Etute told investigators he punched Smith five times in the face and ‘stomped’ on him, but didn’t call police despite hearing ‘bubbling and gurgling’ coming from the victim as he left the apartment.

An autopsy revealed Smith, a restaurant worker from Blacksburg, died from blunt force trauma to the head. All of the bones in his face were broken and his teeth were also missing, the Roanoke Times reported.

Etute, who is charged with second-degree murder, appeared in court on Wednesday for a bond hearing. His attorney, Jimmy Turk, told a judge there was more to the case than ‘someone just showing up to an apartment and punching someone’.

Turk later addressed reporters outside of court and said: ‘Nobody deserves to die, but I don’t mind saying, don’t pretend you are something that you are not.

‘Don’t target or lure anyone under that perception. That’s just wrong.’

At one point during Wednesday’s hearing, Turk reportedly asked Etute, who was wearing an orange prison jumpsuit, how he had been impacted by the charges.

‘Real hard’, Etute said. ‘I’m trying to stay strong for the people that support me, I feel like I’ve let a lot of people down… I’m truly sorry for my actions’, he added.

Etute was released on $75,000 secured bond under conditions of house arrest and electronic monitoring.

Etute, who will stay with his parents in Virginia Beach, is due back in court in September.