To Kimberly Diei, a pharmacy graduate student at the University of Tennessee, her posts on Twitter and Instagram were well within the bounds of propriety. She was just having fun. “Sex positive,” she called them.

Posting under a pseudonym, kimmykasi, she exposed her cleavage in a tight dress and stuck out her tongue. In homage to the rapper Cardi B, one of her idols, she made up some raunchy rap lyrics. By this week, she had racked up more than 19,500 Instagram followers and 2,000 on Twitter.

But to the university, her social media messages were more than just a bit racy. After an anonymous source reported them for a second time, a disciplinary panel declared Ms. Diei’s posts “vulgar,” “crude” and not in keeping with the mores of her chosen profession. In September, it ordered her expelled.

She was given two days to appeal, and she scrambled to find a lawyer. With the threat of a lawsuit looming, the dean of the college reversed the decision to expel her. But the experience was so painful that on Wednesday, Ms. Diei filed a federal lawsuit with the help of a pro bono lawyer, arguing that the public university had violated her constitutional right of free expression “for no legitimate pedagogical reason.”

They are fumbling to translate policies around decorum, civil speech and personal expression into the world of social media, where the line between public and private communication is fuzzy at best. And young people are fighting back, contending that their off-campus speech is no business of their school.

The conflicts, which have often been resolved by court settlements, have intensified during the coronavirus pandemic, when the boundaries between work and home or campus and personal life have dissolved, said Peter Lake, who often advises college presidents and is the director of the Center for Excellence in Higher Education Law and Policy at Stetson University College of Law.

“If someone is shouting in a classroom, you have the right to control the time, place and manner,” he said. “When they are shouting on Twitter, is it their space or yours?”

Universities generally do not hunt through the social media of their students unless a member of their community, like a student or graduate, complains of threatening, inappropriate or harassing language in a post, or unless it puts the university in an “inappropriate light,” said Mark Merritt, a former general counsel at the University of North Carolina at Chapel Hill.

“Universities don’t tend to be social media police in the sense that they’re out there actively monitoring social media,” Mr. Merritt said. “But it happens fairly frequently that things are brought to the attention of the administration.”

In a sign of how sticky the issue has become, the Supreme Court agreed in January to hear the case of a high school cheerleader in Pennsylvania who was removed from the junior varsity squad after she posted vulgar complaints about not making the varsity team.

The cheerleader had sent an image to 250 Snapchat friends of herself and a friend raising their middle fingers, along with text cursing “school,” “softball,” “cheer” and “everything.” Several students complained to the school about the message.

After getting kicked off the team, she sued and won reinstatement. But the Mahanoy Area School District is appealing, in a case being closely watched by school authorities who are hungry for clear answers as to how far they can go in punishing off-campus social media speech.

Civil liberties lawyers say that such cases represent a revival of battles over free expression that took place in the late 1960s and early 1970s, during similarly polarized times. In one such case, Des Moines schools tried to stop students from wearing black armbands to protest the Vietnam War, forcing them to conform to a certain societal standard of conduct. The Supreme Court ruled in 1969 that the armbands were protected speech.

In another case that raises similar questions of decorum as Ms. Diei’s, the University of Missouri expelled a student for reprinting an offensive cartoon and a vulgar headline in an underground newspaper, saying it violated a university policy requiring students “to observe generally accepted standards of conduct” and prohibiting “indecent conduct or speech.”

The Supreme Court found in 1973 that the university had violated the First Amendment by expelling the student and held that “the mere dissemination of ideas — no matter how offensive to good taste — on a state university campus may not be shut off in the name alone of ‘conventions of decency.’” 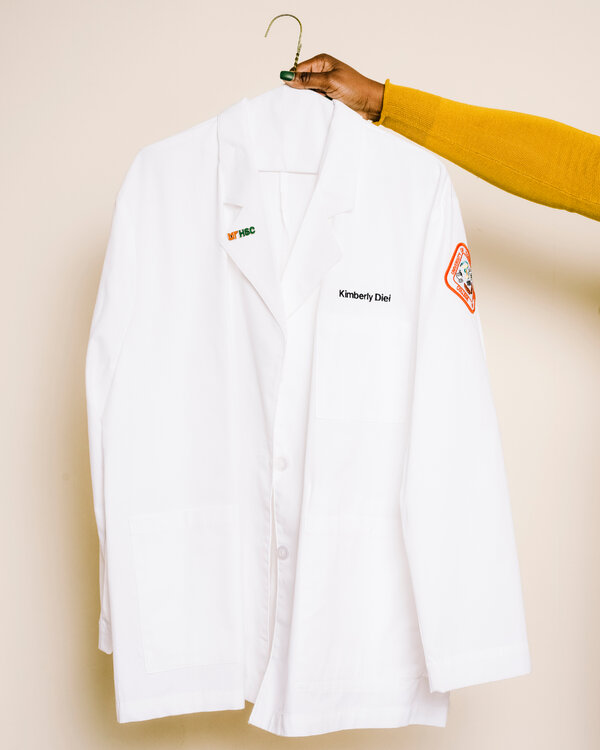 Civil libertarians say students should be allowed to hang up their backpacks and stop worrying about how they reflect on their school when they leave campus.

“Do they lose their ability to be anything other than a student at any point in their daily lives?” said Vera Eidelman, a lawyer with the speech, privacy and technology project of the American Civil Liberties Union, whose Pennsylvania affiliate is representing the cheerleader. “Does she ever get to be not a cheerleader, or is she always a cheerleader in her life?”

Ms. Diei, who studies on the university’s Memphis campus, says that administrators appear to be making up the rules as they go, and imposing their personal tastes to make broad judgments about student behavior. Her pro bono lawyer, Greg H. Greubel, a staff attorney at the Foundation for Individual Rights in Education, compares social media speech to conversation overheard in a bar.

“It’s so hard to fit old First Amendment principles into the social media era,” Mr. Greubel said. “This is one of those areas of law that needs to evolve.”

A spokeswoman for the University of Tennessee, Melissa Tindell, said she could not comment on pending litigation.

Those tweets, her court papers say, include one in which she was “contributing to a trending discussion on Twitter about the song ‘WAP’ by Cardi B featuring Megan Thee Stallion by suggesting lyrics for a possible remix.”

Her suggestion — “He ain’t my pops but I call him DAD” because he is good in bed (her wording was less polite) — was “well within the normal bounds of discussion on social media,” her complaint says.

It was the second time in a year that someone had reported Ms. Diei for her social media posts; the first time, the university ordered her to write a letter of reflection. This time, she got a letter on Sept. 2 saying that her “conduct is a serious breach of the norms and expectations of the profession.” One of her public posts, it said, included an image identifying her as a pharmacy student at the school; Ms. Diei disputes that.

The letter referred her to the student handbook, which says that university staff “may monitor social networking sites on occasion and egregious unprofessional postings could lead to disciplinary actions.” But it left her to extrapolate what was egregious, she said.

The pharmacy dean overruled her expulsion three weeks later, after a telephone conversation in which, Ms. Diei said, the dean asked her to try to block people affiliated with the school from her accounts, and to minimize her affiliation with the university. “It’s hard for me to do when I have so many followers,” she said.

Ms. Diei says she crafted her posts for an audience of Black women like herself, and hoped she might become popular enough to make money promoting products.

“I use words and phrases common amongst our community,” she said.

Her Instagram name, kimmykasi, was supposed to be “cute and simple,” she said, a compound of the diminutive for Kimberly and a word she found in an Igbo dictionary defined as “be greatest,” as a tribute to her Nigerian immigrant father.

If her posts have a sexual aspect, she said, that is “because I’m a sexual being.”

Ms. Diei graduated from the University of Chicago in 2015 as a biology major, and then taught physics in a charter school. She wants to specialize in nuclear pharmacy, handling radioactive materials.

She believes she may have been singled out by the University of Tennessee because she dominated her class, often asking questions, which she said her classmates had complained about on Facebook.

Ms. Diei expects to earn her doctor of pharmacy degree in 2023. But she decided to go ahead with a lawsuit to prevent the same thing from happening to her — or anyone else — again.

She still posts. But she perpetually wonders: “Can I say this, or am I going to get into trouble for it? I truly don’t know.”