It’s been a frightening 24 hours for people in Hurricane Laura’s path.

One of the biggest storms to hit the US, but this time it slammed into people sheltering from a pandemic.

The result was deeply worrying on both counts.

Many people risking contagion to get to safety. Others risking “unsurvivable” storm surges to protect from the virus at home. The advice was unequivocally to get out – the risk of drowning was far greater than the risk of coronavirus. But that didn’t stop many refusing to leave.

This despite a chilling warning from one Sheriff: “If you choose to stay and we can’t get to you, write your name, address, social security number and next of kin and put it in a ziplock bag in your pocket.”

Louisiana has the highest infection rate per capita in the US for coronavirus.

Whether it was fear of the virus, or a livelihood ruined by the pandemic, many chose to ride it out or felt they had to because they’d didn’t have the money to leave safely. 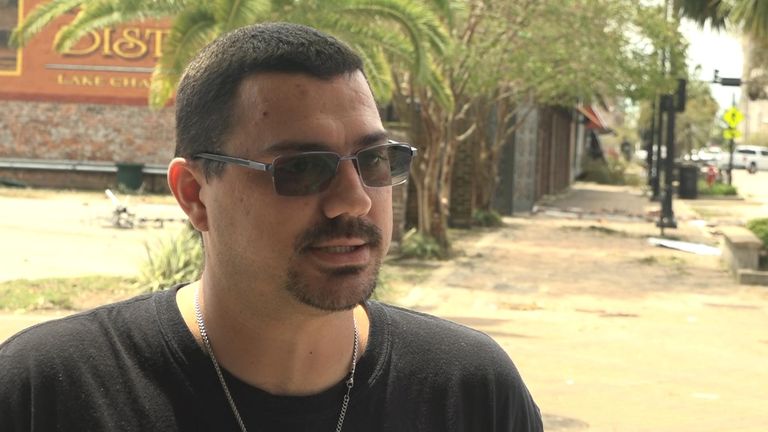 Kevin George was one of those people. A substitute teacher, his work has completely disappeared during COVID-19 and he said economic reasons were a big factor in his decision to stay put.

“I really regret it,” he said as he described hiding in a cupboard with his wife in their home in Lake Charles as Hurricane Laura ripped through.

“At one point in time I had to cover my wife’s body with my own to shelter her from harm. I didn’t want anything to happen to her.

Thankfully the 20-foot storm surge forecast didn’t hit nearly as hard as feared. But Storm Laura wreaked hours of havoc before moving on. 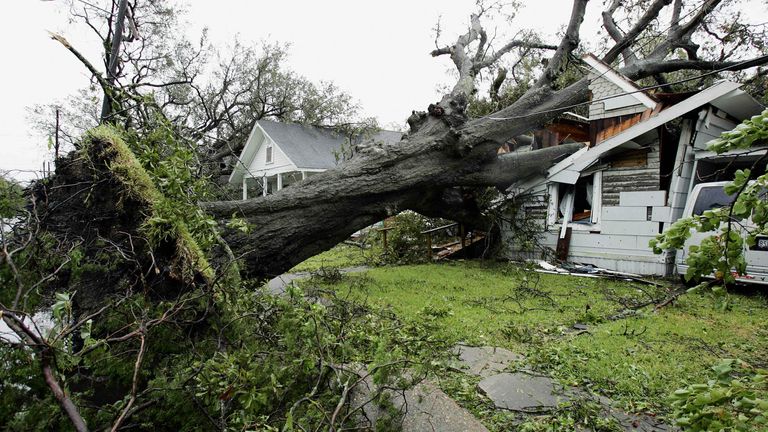 It’s been compared in size to Storm Rita, still raw in the minds of people here, after it hit 15 years ago claiming 120 lives and causing billions of dollars of damage.

“This was worse than Rita,” says Kate Cotton who rode out the storm to be near her restaurant in Lake Charles. Kate recalls her father’s restaurant taking months to get back on its feet after Storm Rita.

Her business was already battered by COVID-19 before the storm hit.

“We were already struggling with the virus. Because it’s so small our capacity is only 40 people anyway and we’re down to 10. So we’re just really hoping to get running soon so we can feed the first responders.”

The search for survivors who stayed home continues. 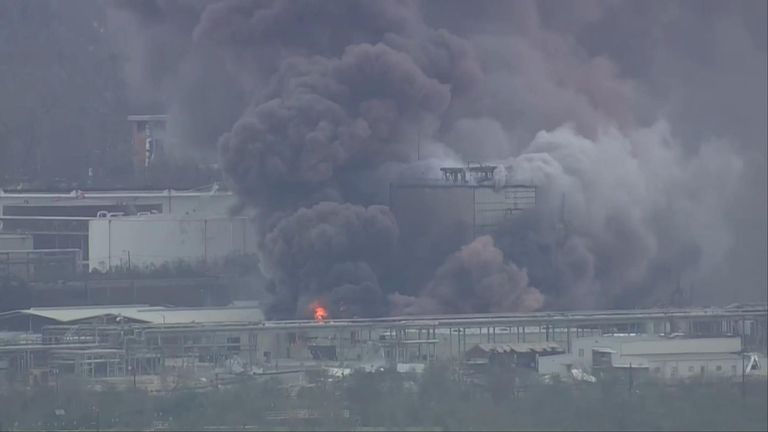 Those who still have homes now have to stay inside with windows closed and air conditioning off due to a chemical fire triggered by the storm. This in sweltering temperatures.

While those who’ve lost their homes have to somehow seek shelter from a pandemic.

America is already going through so much and Hurricane Laura has shown how much worse these crises become when they converge.