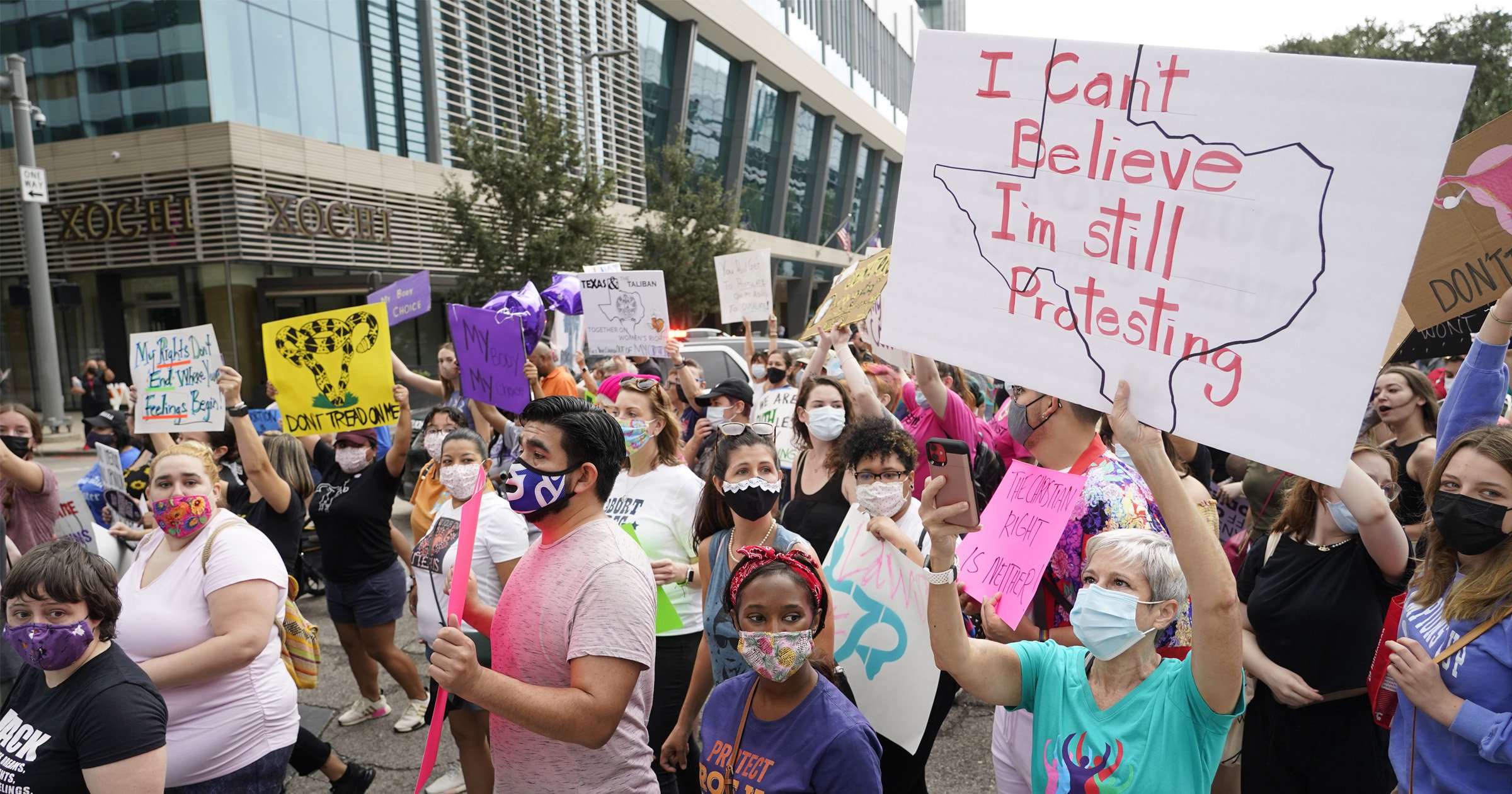 The Supreme Court will hear two challenges to a Texas law that bans most abortions after as early as six weeks of pregnancy.

On Friday, the court delayed a request by President Joe Biden’s Administration to block enforcement of the law by vacating a lower court’s ruling, saying they will hear arguments in the case on November 1.

The abortion ban, known as S.B. 8, will remain in place while the justices decide whether the federal government has the right to sue over the law. The answer to that question will help determine whether the legislation should be blocked while legal challenges continue.

The law has led to an 80% reduction in abortions in the nation’s second-largest state, according to clinics, causing many people seeking an abortion to travel to neighboring states to receive the procedure.

Justice Sonia Sotomayor wrote that she would have blocked the law now, saying: ‘The promise of future adjudication offers cold comfort, however, for Texas women seeking abortion care, who are entitled to relief now.’

The law has been in place since September, aside from a district court-ordered pause that lasted just 48 hours, and bans abortions once cardiac activity is detected – typically at around six weeks and before many women know they are pregnant.

It also makes no exceptions for women seeking abortions due to rape or incest, and allows individuals to sue doctors or anyone aiding or abetting in abortions being performed.

In addition to this case involving Texas’ abortion law, the Supreme Court will also hear a dispute over a Mississippi law that bans abortions after 15 weeks of pregnancy on December 1.

Mississippi officials are asking the justices to overturn its landmark 1973 decision in Roe v. Wade, which established the constitutional right to an abortion.

The Texas law differs in that it was written to evade early federal court review by placing the job of enforcing the law in the hands of private citizens.

Next months arguments will not be on the ban itself, but whether the Justice Department can sue and obtain a court order that effectively prevents the law from being enforced, the court said in its brief order.