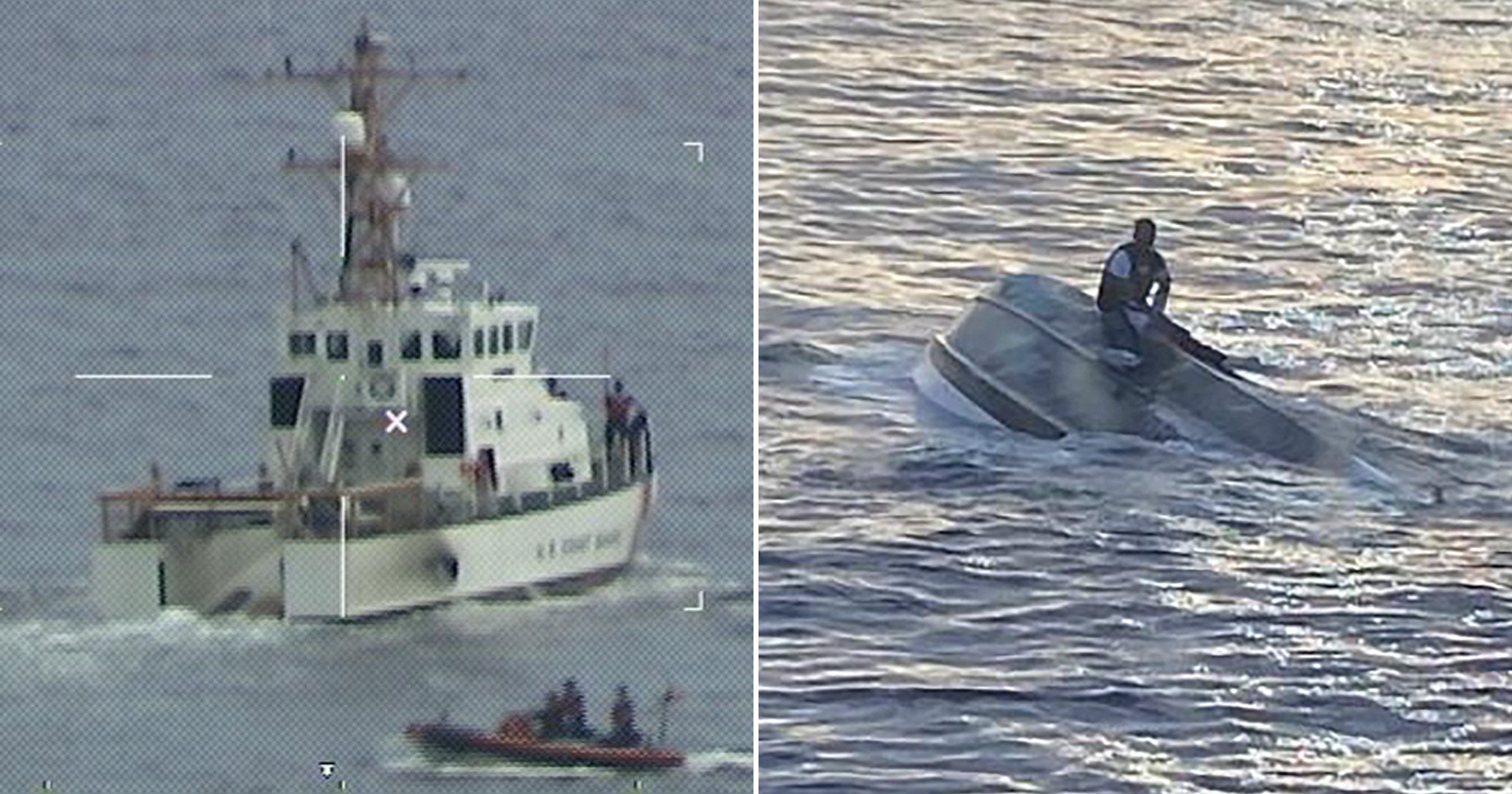 A man has been rescued from the sea after being spotted clinging onto a capsized boat off Florida’s coast.

He was brought to safety by a good Samaritan who had seen him climb onto the overturned 25-foot vessel 45 miles east of Fort Pierce Inlet, the US coastguard said.

The survivor reported he had left Bimini, Bahamas, on Saturday night with 39 other people – none of whom were wearing life jackets.

But they soon encountered severe weather and rough seas, causing the boat to capsize the next morning.

The man was taken to a local hospital for dehydration and sun exposure.

The US coastguard launched a search for the missing 39 people, suspected to be a case of human smuggling, by both air and sea over a 135-mile area spanning from Bimini to Fort Pierce Inlet.

Authorities patrol the waters around Haiti, Dominican Republic, Cuba, Puerto Rico and Bahamas – routes often used by people trying to reach the US.

‘Navigating the Florida straits, Windward and Mona Passages in overloaded and less than seaworthy passages is extremely dangerous and can result in loss of life,’ a coastguard chief said.

‘The coastguard and our partner agencies will continue to stop these voyages. You will be interdicted and should expect to be returned and repatriated to your country of origin.’

A similar incident last May saw four people die and dozens injured when a boat suspected of human smuggling capsized off the coast of California.

Emergency responders received calls about the 40ft cabin cruiser which had overturned off San Diego’s Point Loma after crashing into the shoreline, the Times of San Diego reported.

As the boat began to fall apart, those onboard were forced to jump into the water prompting at least one bystander to attempt to rescue them before authorities arrived.

‘When we arrived on the scene there were people in the water, drowning, getting sucked out of the rip current,’ San Diego Fire Rescue said.

In the same month another boat believed to be part of a human smuggling attempt overturned off the La Jolla shore, killing one and injuring a dozen.