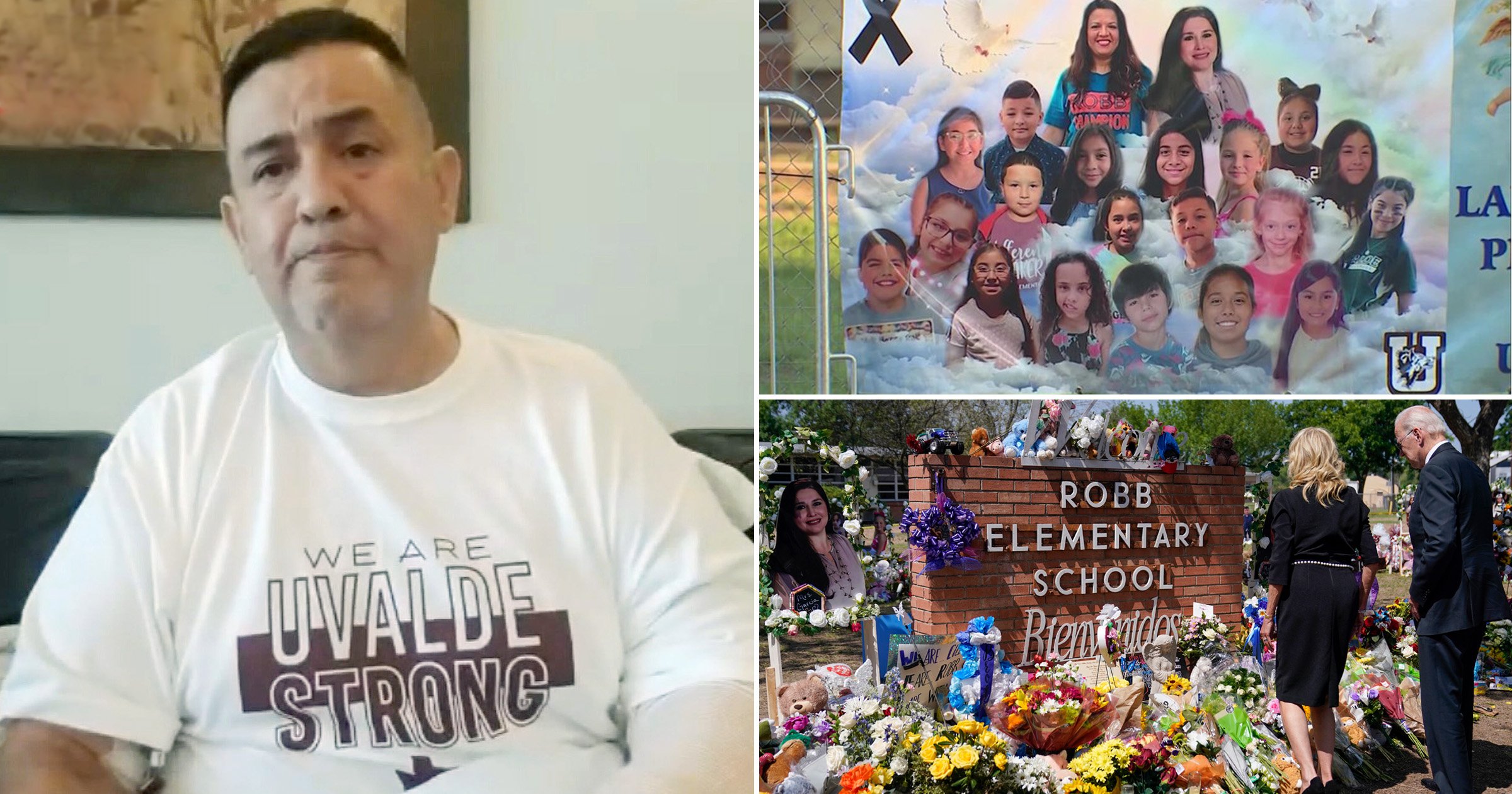 A teacher wounded in the shooting at a Texas Elementary School last month says he can’t forgive law enforcement for taking over an hour to stop a the gunman who killed 11 of his students and 10 other people in the next room.

Arnulfo Reyes, a third and fourth-grade teacher at Robb Elementary School in Uvalde, Texas, was shot twice when a gunman entered his classroom and opened fire, killing 11 of his students.

By the time he was taken down, the gunman had killed 19 students and two teachers across the conjoining classrooms.

‘After everything, I get more angry, because you have a bulletproof vest. I had nothing! I had nothing,’ Reyes said from his hospital bed during an interview on Good Morning America.

‘You’re supposed to protect and serve … There is no excuse for their actions. And I will never forgive them,’ he said.

The police response to the shooting has received mounting criticism as more information has come out about the officers’ delay and other miscalculations in their actions.

End of year awards had been handed out and Reyes’ class was headed back into their classroom to watch The Addam’s Family when the gunfire broke out.

‘It was going to be a good day,’ Reyes said. ‘There was nothing unusual that day, we were just walking back to the classroom … to watch the rest of the movie.’

Around 11.30, however, he heard a bang and quickly prompted his students to take cover underneath their desks.

‘The kids were yelling, “What’s going on, Mr Reyes?”‘ he said. ‘[The students] were going under the table, and I was trying to get them to do that as fast as I could.’

‘When I turned around, I just saw him,’ Reyes said.

Reyes recounted the horrifying moment he saw the gunman, and how he promptly told his students to pretend they were asleep in order to try and survive.

‘I told my kids to act like they’re asleep so I’m going to act like I’m asleep also. And I prayed and prayed that I wouldn’t hear none of my students talk,’ he said.

Having been hit once in the arm, Reyes also pretended to be unconscious. The gunman fired at him a second time, piercing his back and lung.

‘It all happened too fast. Training, no training, all kinds of training – nothing gets you ready for this,’ he said. ‘We trained our kids to sit under the table and that’s what I thought of at the time. But we set them up to be like ducks.’