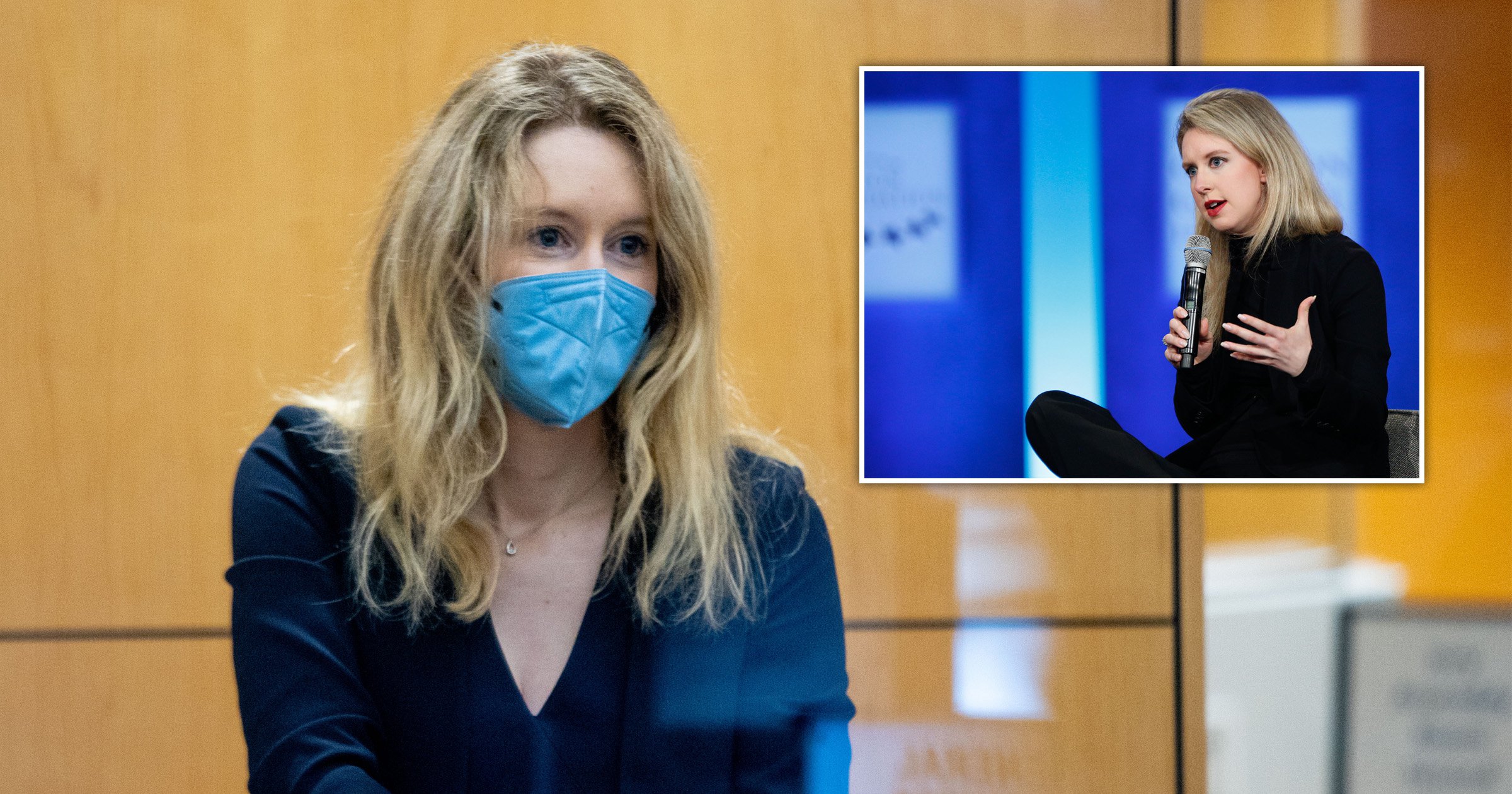 An entrepreneur once dubbed the world’s youngest female self-made billionaire faces two decades behind bars as she awaits a fraud trial.

Elizabeth Holmes, 37, is accused of lying to patients and investors of her medical tech start-up, which at one point was valued at £6.6billion.

Theranos promised to run hundreds of medical tests using a single drop of blood using its technology, but it never lived up to expectations, and may never have worked at all.

She is alleged to have overhyped claims about the company’s financial performance, before it went bust in 2018.

More than $700million (£500million) was put in altogether by venture capitalists, but this proved to be totally worthless when the company collapsed.

It was shown to produce dangerously inaccurate results in tests run for actual patients.

However Holmes is expected to testify that some of her statements and actions were the result of abusive inflicted by the company’s chief operating officer and her secret lover, Ramesh ‘Sunny’ Balwani, 56.

She will claim her former partner controlled what she wore, what she ate and when she slept.

Her lawyers argue she believed everything about her technology to be true but that Balwani’s ‘manipulation’ impaired her judgement.

Balwani is facing multiple fraud charges in a separate trial and his lawyers have denied Holmes’s allegations, branding them ‘outrageous, salacious and inflammatory’.

Holmes started promoting her product from 2013, when she was just 29 years old, and she ended up on the covers of business magazines such as Forbes, Fortune and Inc.

She gained such a reputation she was even appointed as a presidential ambassador for global entrepreneurship by Barack Obama.

As more-and-more investors got behind her, Holmes’s 50pc stake grew to £3.3billion, MailOnline reports.

But problems emerged in 2015 when the US press revealed tests that were supposed to be carried our by Theranos’s technology were actually being done elsewhere.

The Edison machine’s performance was found to be inconsistent, so regulators stepped in and forced the company to recall its technology.

Holmes stepped down in September 2018 and the company collapsed three months later, paving the way for a number of criminal and civil claims.

As well as 20 years in prison, she could also receive a £1.6million fine and be ordered to repay money owed to investors.

Jury selection for the trial began yesterday before the trial begins in San Jose, California, with an opening scheduled for early next week.

Holmes’ saga has received wide attention thanks to a book by a Wall Street Journal investigative reporter whose newspaper stories led to her company’s downfall and an HBO documentary called ‘The Inventor’.

She is also about to become the subject of a TV miniseries called ‘The Dropout’, starring Amanda Seyfried as Holmes, and a podcast with the same name.