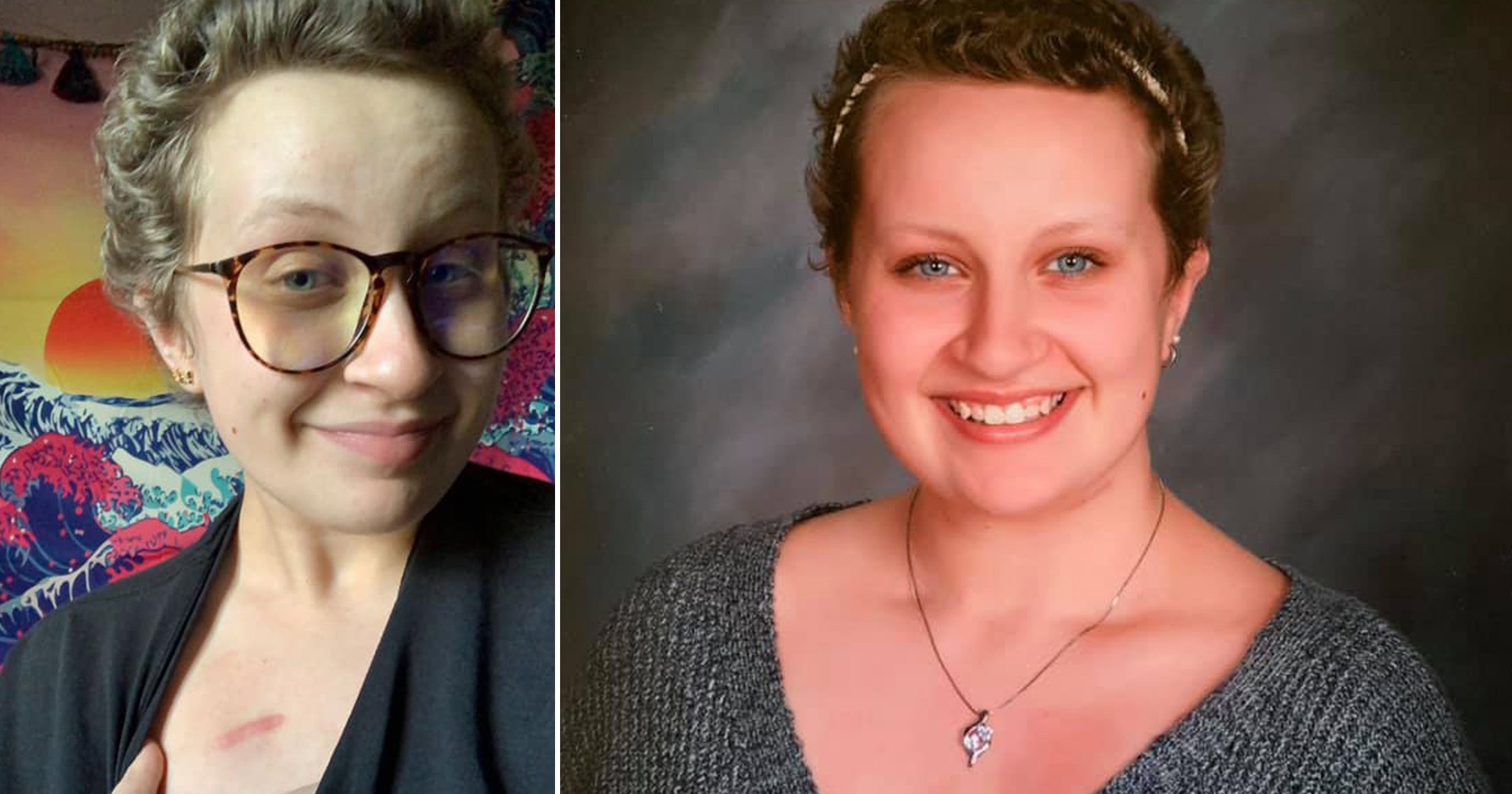 A 16-year-old student and cancer survivor was heartbroken to find the scar on her chest left by her chemotherapy port had been edited out of her yearbook photos without her consent.

Allison Hale isn’t ashamed of her scar, which is why she specifically requested her school picture to be left ‘untouched’.

‘When I pulled out the photo, my phone face dropped,’ Hale told People.

‘I felt like my heart just sunk straight into my stomach because (my port) is so important to me, and it was just erased completely.’

She added: ‘I truly feel incredibly disrespected and disgusted.’

The school yearbook photographers were quick to fix the image and apologize.

Hale had been looking forward to the photograph to celebrate how far she had come, and while the situation was upsetting, it left her on a mission to inspire others to embrace their scars.

‘Everyone looks different. Everyone has something, and everyone is going to have an opinion of themselves and other people,’ she said. ‘You need to stop thinking, “How do people see me?” and start thinking more of, “How do you see you?” Once that perspective changes, everything changes.’

The teen was diagnosed with Hodgkin’s Lymphoma in 2020 right before Christmas. The news completely wrecked her.

The then-15-year-old who lives near Evansville, Indiana, had been an active student, involved in music and art related activities in school.

‘There was a lot happening in my life, outside of my health. I was already in a bad place mentally,’ she said. ‘Then, to be diagnosed with cancer right before Christmas at 15, it just diminishes every feeling of confidence and worth that you feel.

‘Because now, you’re sick and sad and feeling all the emotions. There was anger, there was fright. I was terrified of what was to come, and lonely, very isolated.’

The teen went on to begin receiving treatment at Indianapolis’ Riley Children’s Hospital in January, and much of those feelings of fear and loneliness subsided due to the warm environment and nurses who gave her ample support.

Hale went through five rounds of chemotherapy and 20 sessions of radiation therapy.

She shaved her head after the first round of treatment despite being ‘terrified’.

Being who she was, she ‘didn’t want to cover it up’.

By July, she was cancer-free and excited to focus on both her physical recovery and eventual return to school in August.

When picture day rolled around, Hale couldn’t have been more excited.

‘It was an incredibly important day,’ she said. ‘Because at one point you’re like, “Okay, I may never have another birthday again or another yearbook photo,” I was just so ecstatic to have another picture and to be able to show the new person, the stronger Allison, that I had become.’

While she understands as a teenage girl why many people edit photos of themselves, the situation has given her a new, empowered perspective on her scar.

‘When I look at my scar now, I feel incredibly empowered, stronger than I ever thought I could be,’ she said. ‘I feel like a beautiful person, not even just looking in the mirror, but just thinking about who I am and how I’m trying to better myself.’

Questionable editorial decisions made to yearbook photographs have become normal as of late.

Last school year, some 80 students at a Florida high school had their cleavages airbrushed or tops edited to make them appear to cover more of their chests in their yearbook photos.

The high school junior was looking forward to being featured in the yearbook, and devastated when she saw all of her other teammates, without her.