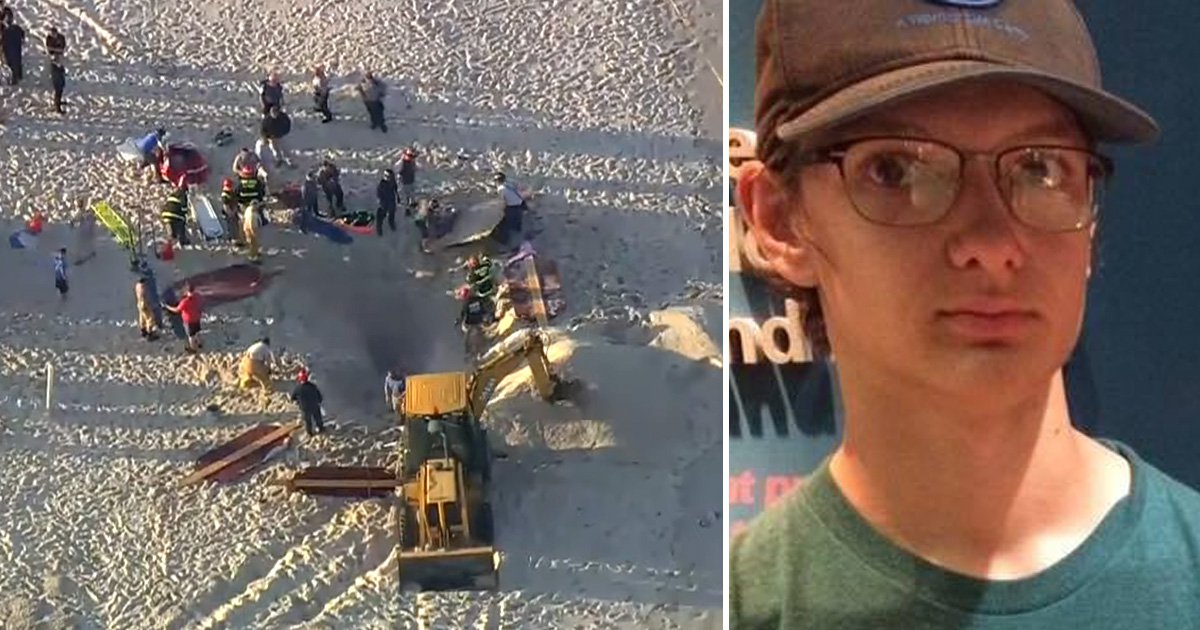 One teen died and another is injured after becoming trapped in the sand when a hole they dug collapsed on them, police said.

Levy Caverley, 18, and his 17-year-old sister were digging a large hole in the sand at a beach on the Jersey shore when the ground gave way. Police and emergency medical services personnel in Toms River responded to the beach just after 4pm Tuesday.

The ‘teens were reportedly digging a large hole when it collapsed and trapped both of them. Emergency crews from neighboring towns also responded to the scene to assist in rescue efforts,’ Toms River police said in a statement.

Caverley was killed in the collapse while his 17-year-old sister was saved. Rescue efforts for the sister lasted until at least 7pm that evening. A backhoe was brought onto the beach to help in the rescue.

His sister was rescued from the hole and treated for injuries at the scene.

The siblings and their family were visiting the New Jersey beach town from Maine when the tragedy struck. The family had spent the afternoon at Ocean Beach III, a private beach community.

Crews worked to rescue the teens using boards and buckets.

The tragic death is being investigated. Authorities said no life guards were on duty at the time, as lifeguards are typically not hired to patrol the beaches until Memorial Day Weekend.

In Utah, a 13-year-old boy died over the weekend after a tunnel he had been digging in a sand dune collapsed on him.

Ian Spendlove was buried alive at the Coral Pink Sand Dunes State Park in Kanab, Utah on Saturday after the deep tunnel he was digging fell. Relatives and park officials frantically dug for the teen, who they found unconscious. He was airlifted to a hospital where he was later pronounced dead.