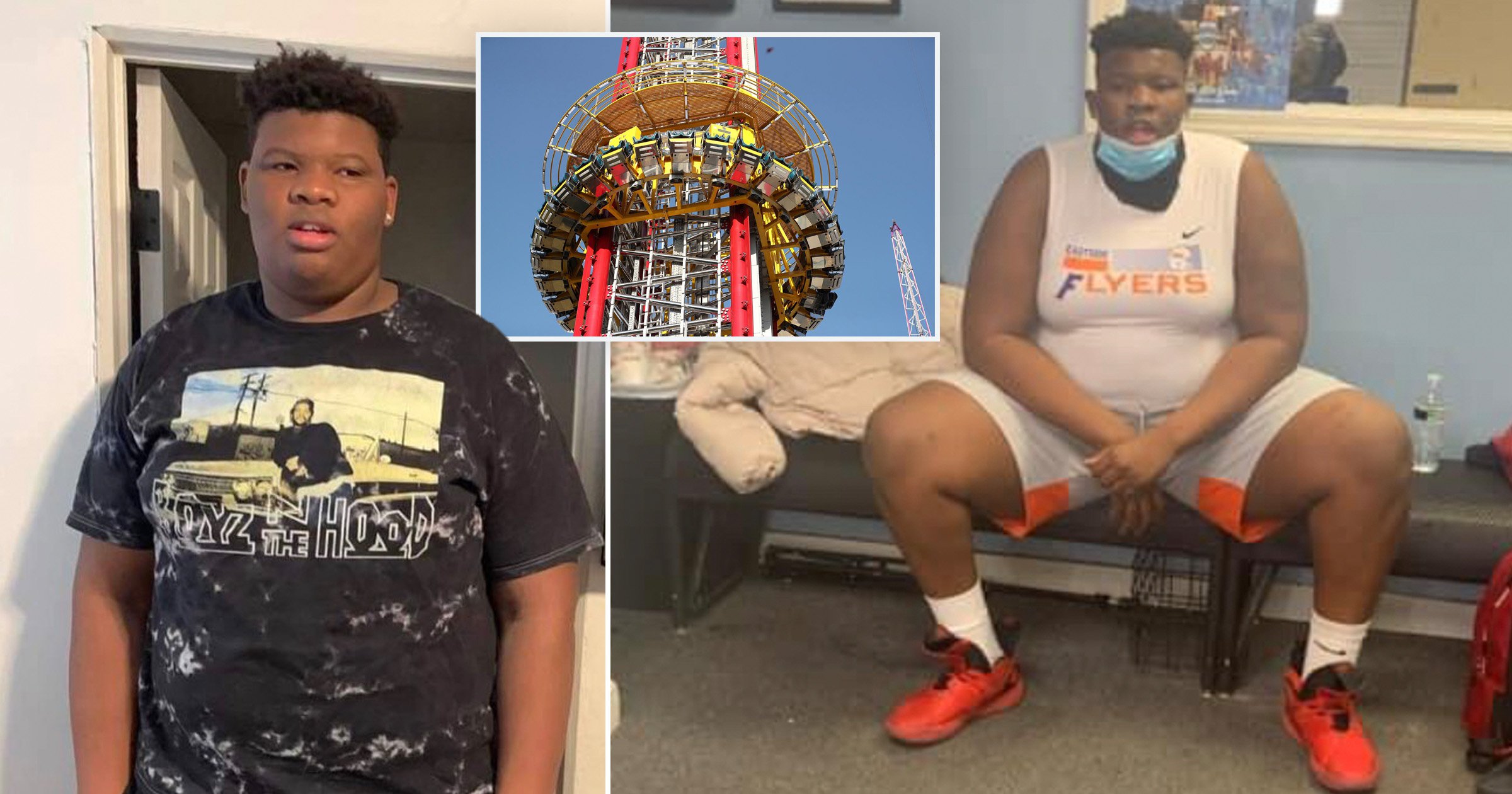 The 14-year-old boy who tragically fell to his death from a Florida amusement park ride last week had been turned away from two other rides at the park due to his size, according to his cousin.

Tyre Sampson fell to his death from the ICON Park’s Free Fall ride on Thursday, a ride that takes passengers up a great height before dropping them nearly 400 feet at about 75 miles per hour.

The 14-year-old’s cousin had dropped him off at the park earlier in the day, and had been chatting with him on the phone as he was being turned away from various rides.

Shay Johnson told Spectrum 13 how her cousin had wanted to ride the swing.

But Tyre was turned away from the ride because he was ‘too big.’

The teen’s father, Yarnell Sampson, told CNN on Friday that his teenage son was ‘a big guy’ standing at 6 foot 5 inches tall and weighing 340 pounds (154kg).

Johnson said she told Tyre to try another ride, the Slingshot, but park staff turned him away from there, too. He went to try one more ride, the Orlando Free Fall.

‘I didn’t know it would be my last time talking to him alive. He just wanted to ride and have a good time,’ she said.

The ride’s operations manual indicates that the maximum weight for passengers is 130 kilograms, or approximately 287 pounds.

A vigil held for the late teen drew in a crowd of about 100 people.

Balloons were let go into the air to honor Tyre, who was a football player and honor roll student who had hoped to become a lawyer one day.

His cousin expressed her gratitude for the support the family has received following the tragedy.

‘It makes me feel happy, that so many people came out and showed their love,’ Johnson said. ‘Half these people out here don’t know us.’

Tyre had been visiting Orlando’s tourist district from Missouri, officials said. It’s unclear if anyone will face charges following his death. The ride is currently closed as the accident is being investigated.