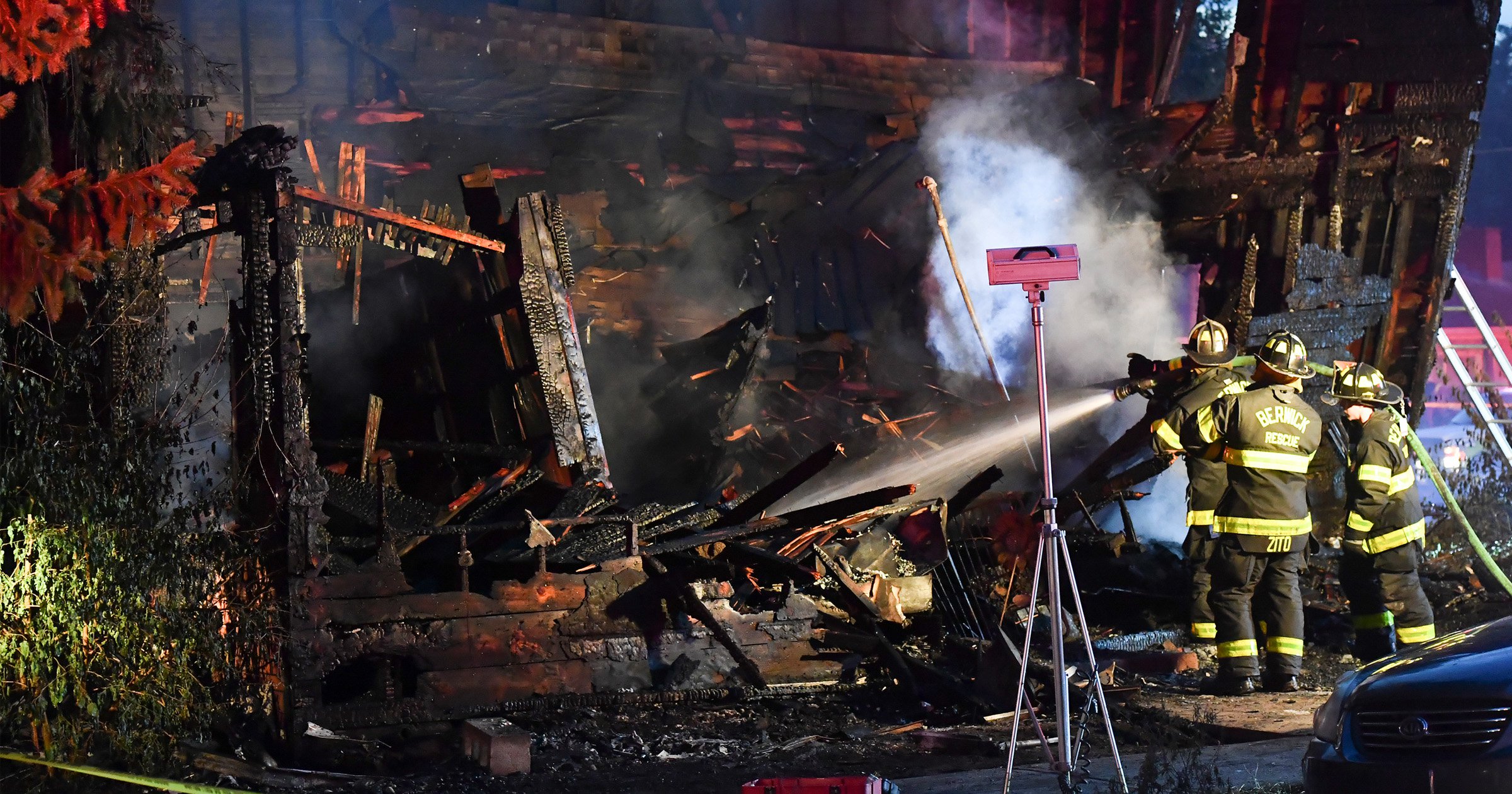 Three children and seven adults were confirmed dead in an overnight house fire in Pennsylvania.

A blaze started around 2.30am on Friday at a home in Nescopeck, Luzerne County, according to WGAL.

Four people made it out of the burning home alive, but 10 others died. A ‘complex criminal investigation’ is underway, according to state police.

The deceased children were five, six and seven years old.

Among the firefighters who responded to the scene was Harold Baker, the grandfather of one of the victims, according to the Daily Mail.

Baker, who serves on the Nescopeck Volunteer Fire Company, told local media: ‘The address that they gave us was the neighbor’s address. It was right next door to them… When we turned the corner up here on Dewey (Street) I knew right away what house it was just by looking down the street.

‘I was on the first engine, and when we pulled up the whole place was fully involved. We tried to get into them. There wasn’t no way we could get into them.

‘We pulled up and the whole place was fully involved… We tried to get into them but there was no way.

‘I lost my son, my daughter, grandson, two other grandkids in there, my father-in-law, my brother-in-law, and my sister-in-law. All lost.’

A GoFundMe page set up by the Nescopeck mayor’s daughter, Robin Massina, states that she spoke with the surviving family members and would provide updates as they make contact.

‘We all awoke this morning to the tragic news of the house fire in our beloved little town with multiple people unaccounted for,’ wrote Massina. ‘Pets were lost as well as all the family’s possessions.’