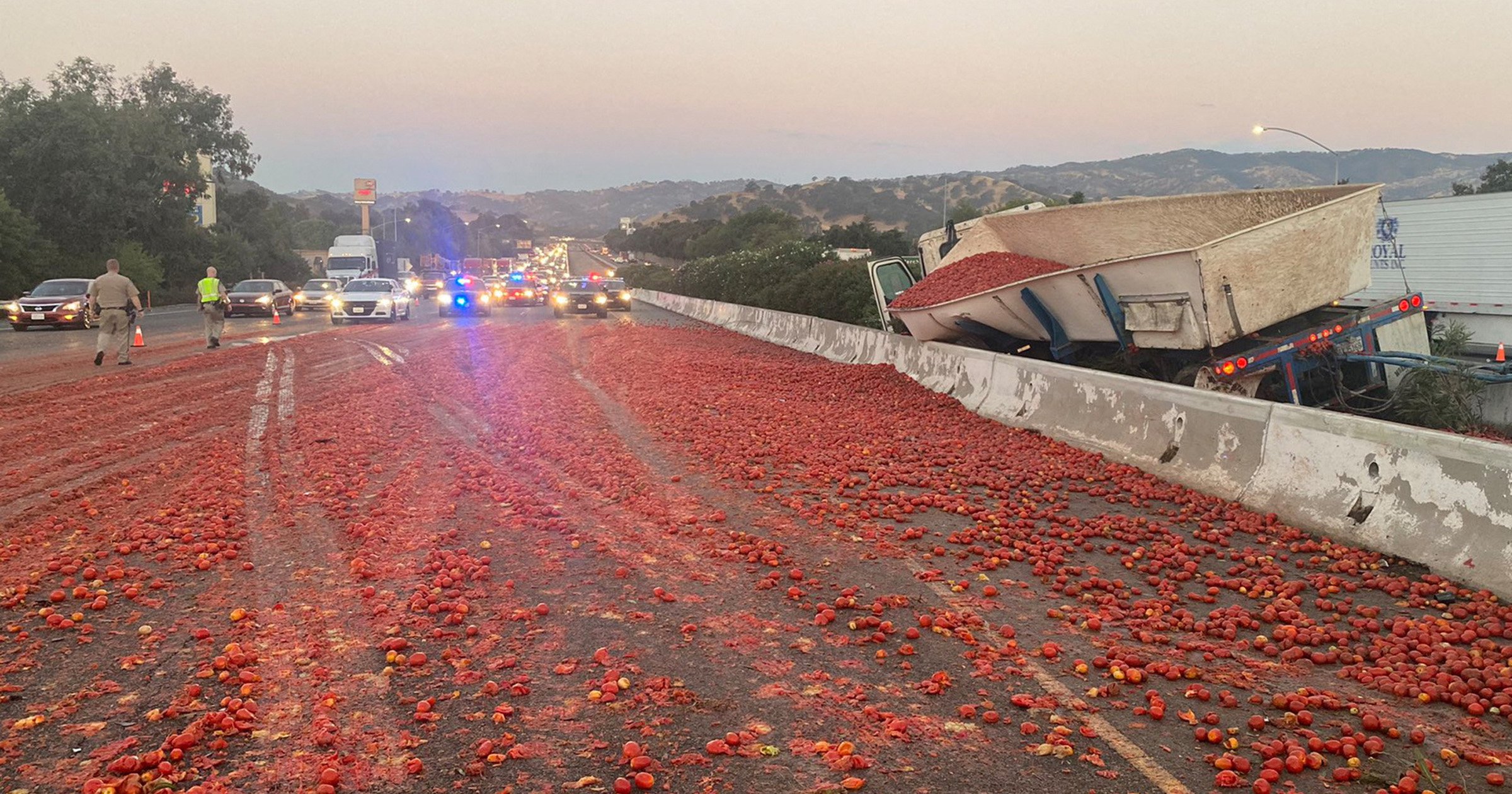 A truck carrying tens of thousands of tomatoes crashed and spilled, resulting in a seven-vehicle crash as drivers skid over the gooey mess.

The truck hit a car and swerved, then hit another vehicle around 5am on Monday, police said. Due to the impact, more than 150,000 tomatoes scattered across Interstate 80 in Vacaville, California.

Tomatoes the size of fists rolled across the eastbound lanes of the highway for about 200 feet and appeared to cover the pavement ‘two feet deep’, according to the state highway patrol.

Drivers who were not aware of the spillage went over the tomatoes, creating a juicy mix of vegetable, oil and dirt. 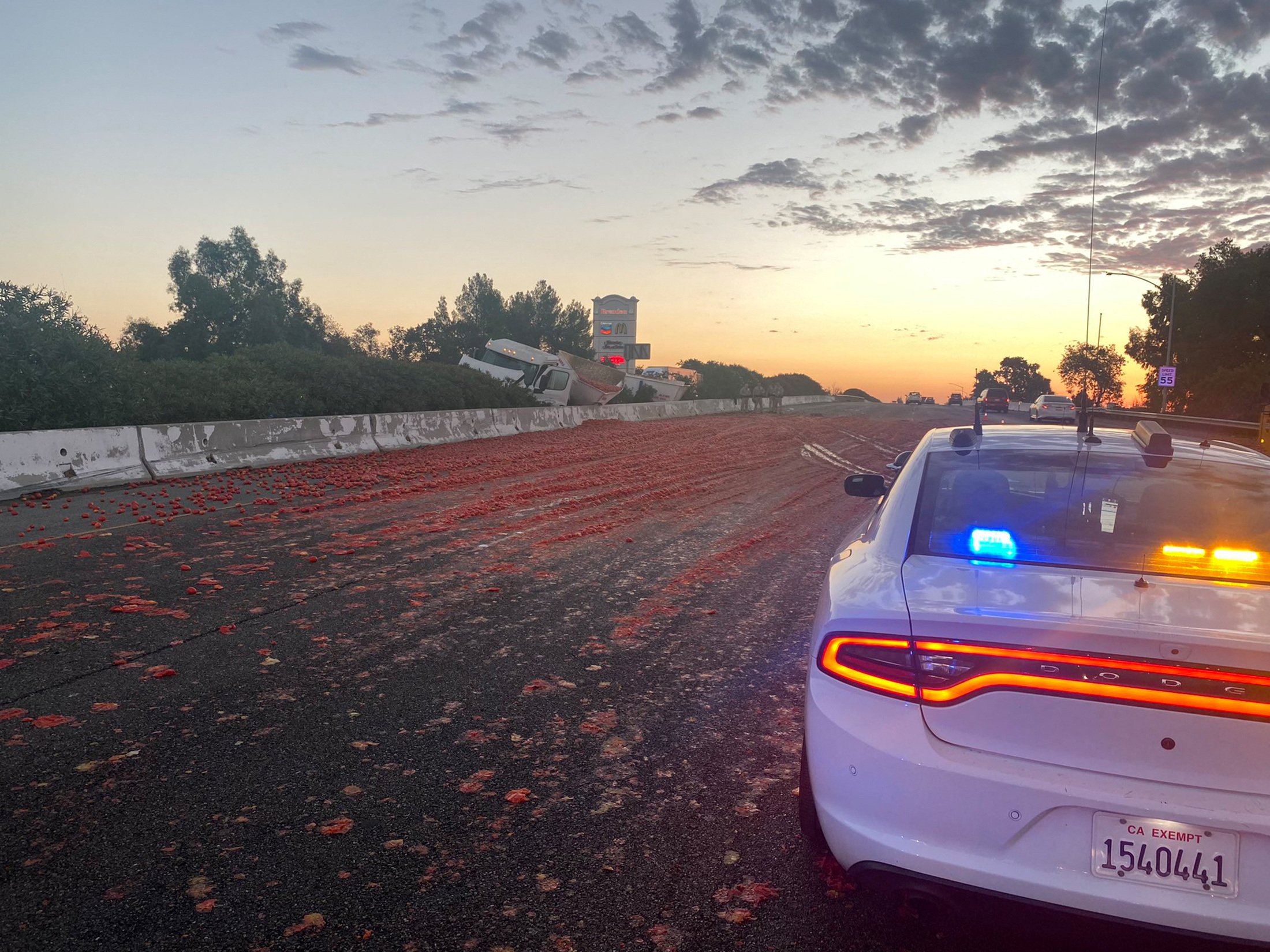 One vehicle reportedly hit another on the road and caused a chain reaction with a total of seven cars.

The truck driver and two other people sustained minor injuries, according to patrol officer Jason Tyhurst. One person suffered a broken leg and was taken to a hospital.

Officials closed the highway in both directions to clean up the red mess. The road reopened around 3am on Monday.

Trucks loaded with tomatoes frequently use the highway at this time of the year because the vegetables are grown in the area.

It is the latest strange spillage to happen in the US this year.

On April 20, the annual day celebrating cannabis, a crash on Interstate 70 in Callaway County in Missouri caused 500 pounds of marijuana to spread across the highway.

The weed was packaged inside dozens of white plastic sacks. The state highway patrol reported that ‘it took more than one patrol car to transport it to the evidence room’.

No one was seriously injured in that incident. Two men from Mexico were arrested and charged with first-degree drug trafficking, according to the highway patrol, and one of the suspects was charged with reckless driving.