A Tesla dashcam recorded an elderly woman keying the car several times after getting into an argument over the parking spot.

The Tesla’s owner, Amanda Aubin, is shown in the footage parking in a spot in Baton Rouge, Louisiana. Following her is a red vehicle driven by a woman in a pink shirt who gets out as Aubin nabs the parking spot.

Later, the woman in the pink shirt with a black face mask walks by Aubin’s Tesla and keys the side of the vehicle. The woman returns a minute later and scratches the the door with the key again.

The dashcam records the woman keying the Tesla door three times on September 22. 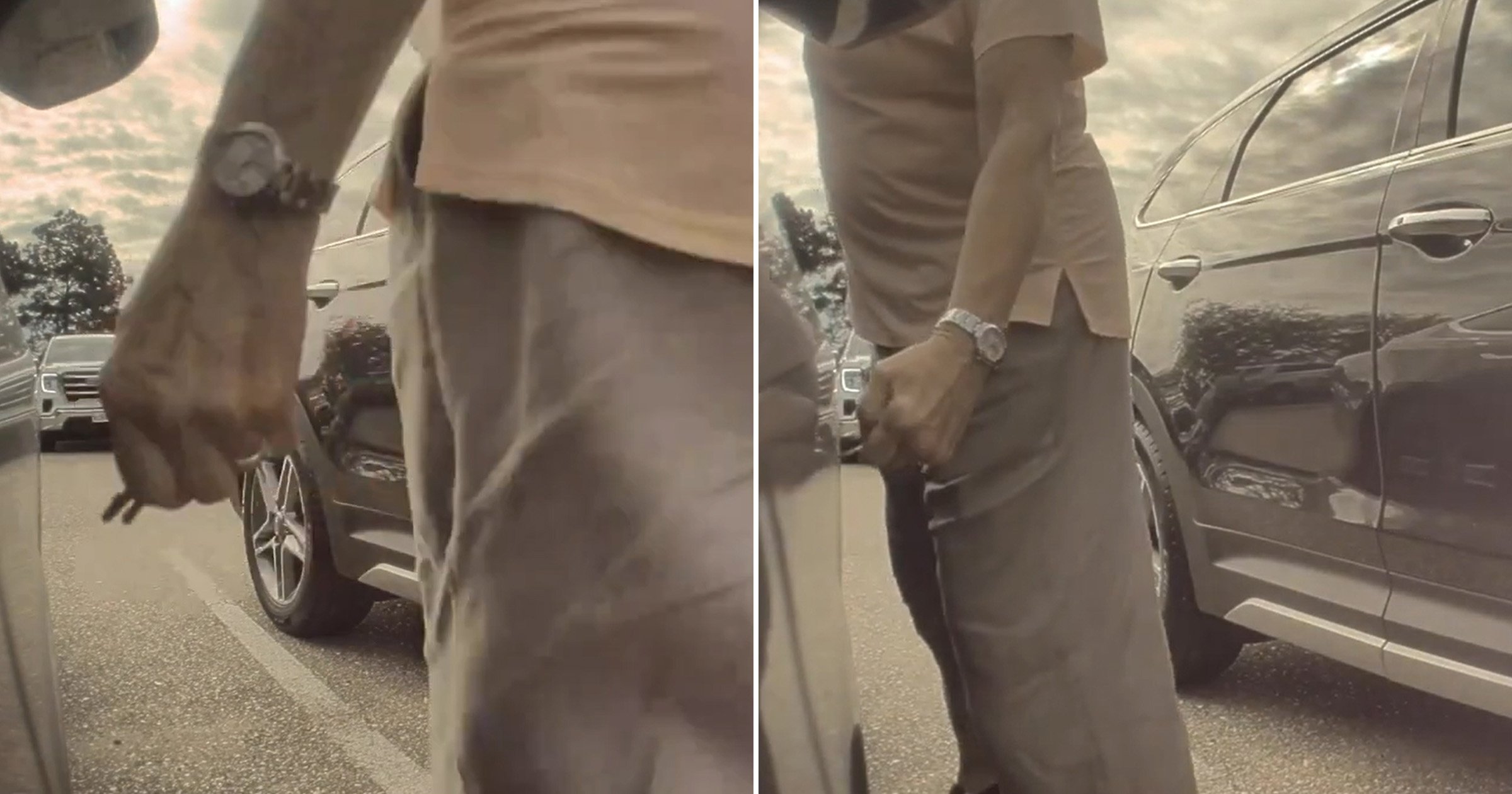 Aubin was aware that the woman who keyed her Tesla was after the parking spot.

‘You know, we both signaled, and I got there first, it looks like. And I just pulled in, and she parked in another spot,’ Aubin told WAFB. ‘So, I was like, okay no issue.’

Aubin, who had an appointment at a clinic, returned 45 minutes after the encounter with the elderly looking woman to find ‘pretty deep cuts’ and $7,650 in damages to her Tesla.

‘It’s petty and childish. I mean, this is coming from a grown woman. I’m a grown woman. This is ridiculous. I mean, she could’ve just left me a note, if she was that angry at me,’ Aubin said.

‘Keying someone’s car, that’s crazy. The fact that I didn’t think, she knew, she was being recorded. But that’s all being turned over to the cops.’

The apparent revenge incident was captured thanks to Aubin’s Tesla being in ‘Sentry Mode’, a feature for monitoring suspicious activity around the car as it is parked. The car detects suspicious motion using front, rear, right and left door cameras and alerts the owner.

If a ‘significant threat’ is detected, the Tesla’s cameras begin recording, an alarm switches on and the owner gets a notification on the Tesla app.

The identity of the woman who keyed Aubin’s car was not revealed.