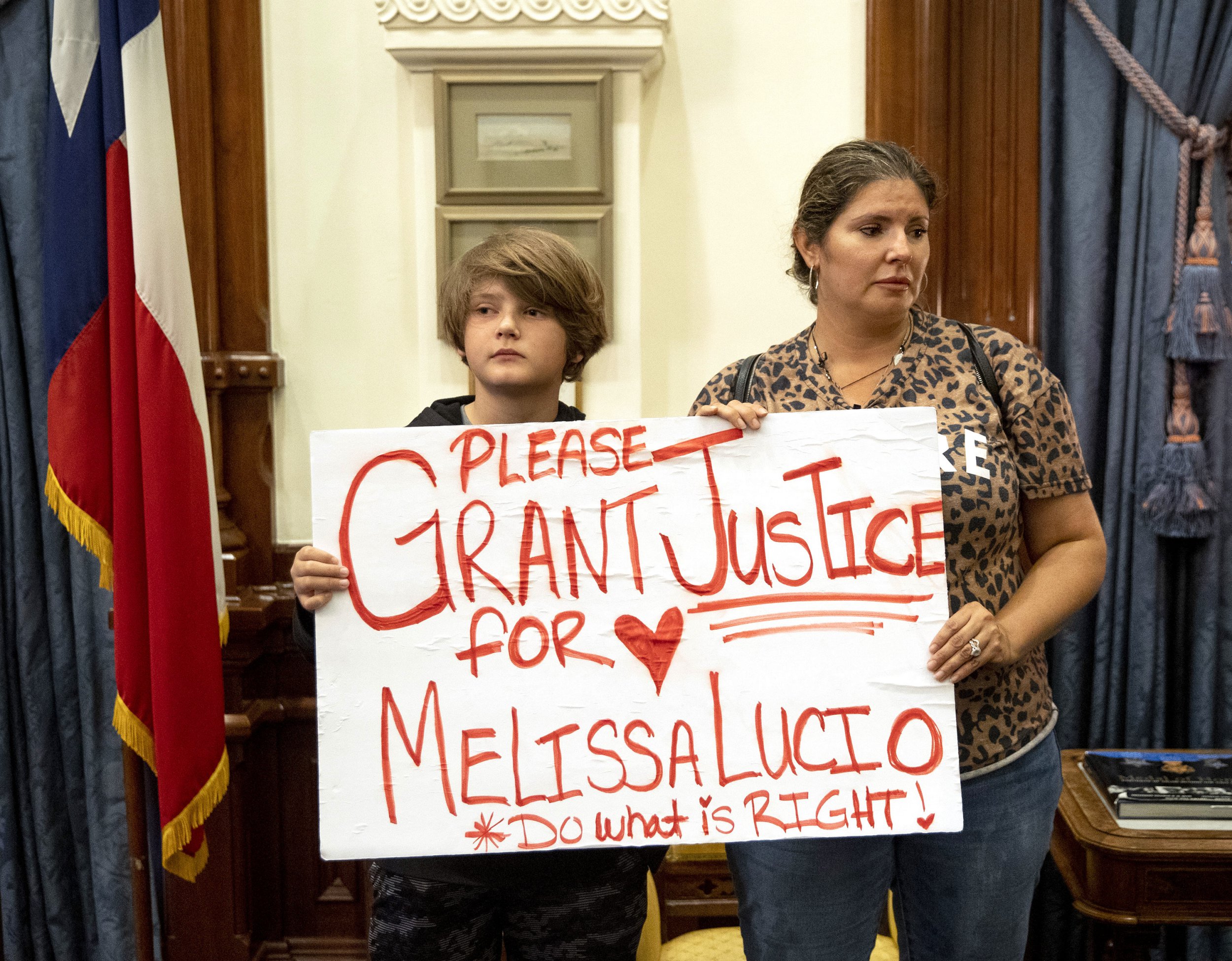 A Texas appeals court on Monday delayed the execution of Melissa Lucio, who had been set for lethal injection on Wednesday for the 2007 death of her daughter.

Doubts of whether Lucio fatally beat her two-year-old daughter Mariah have staved off her execution. The Texas Court of Criminal Appeals granted the request by Lucio’s attorneys, who say new evidence would clear her name.

Lucio’s case has garnered support far and wide, from Hollywood celebrities like Kim Kardashian to lawmakers, and even some of the jurors who sentenced her to death.

The execution stay was announced minutes before the Texas Board of Pardons and Paroles had been set to consider her clemency application to either commute her death sentence or grant her a 120-day reprieve.

It’s unclear when the lower court will begin reviewing her case.

‘I thank God for my life. I have always trusted in Him,” Lucio said in a statement shared by her legal team. ‘I am grateful the Court has given me the chance to live and prove my innocence. Mariah is in my heart today and always.’

Lucio’s attorneys say her murder conviction was based on a coerced confession that was the result of tireless questioning about her history of sexual, physical and emotional abuse. They say she was not able to present evidence questioning the validity of her confession.

Her lawyers say this false evidence led jurors to believe Mariah’s death was solely caused by physical abuse, and not medical complications that occurred from a severe fall.

Cameron County District Attorney Luis Saenz, whose office prosecuted the case, has spoken out about Lucio’s attorneys claims that new evidence would exonerate her. The prosecutor’s office says Lucio had a long history of drug abuse and at times had lost custody of some of her 14 children.