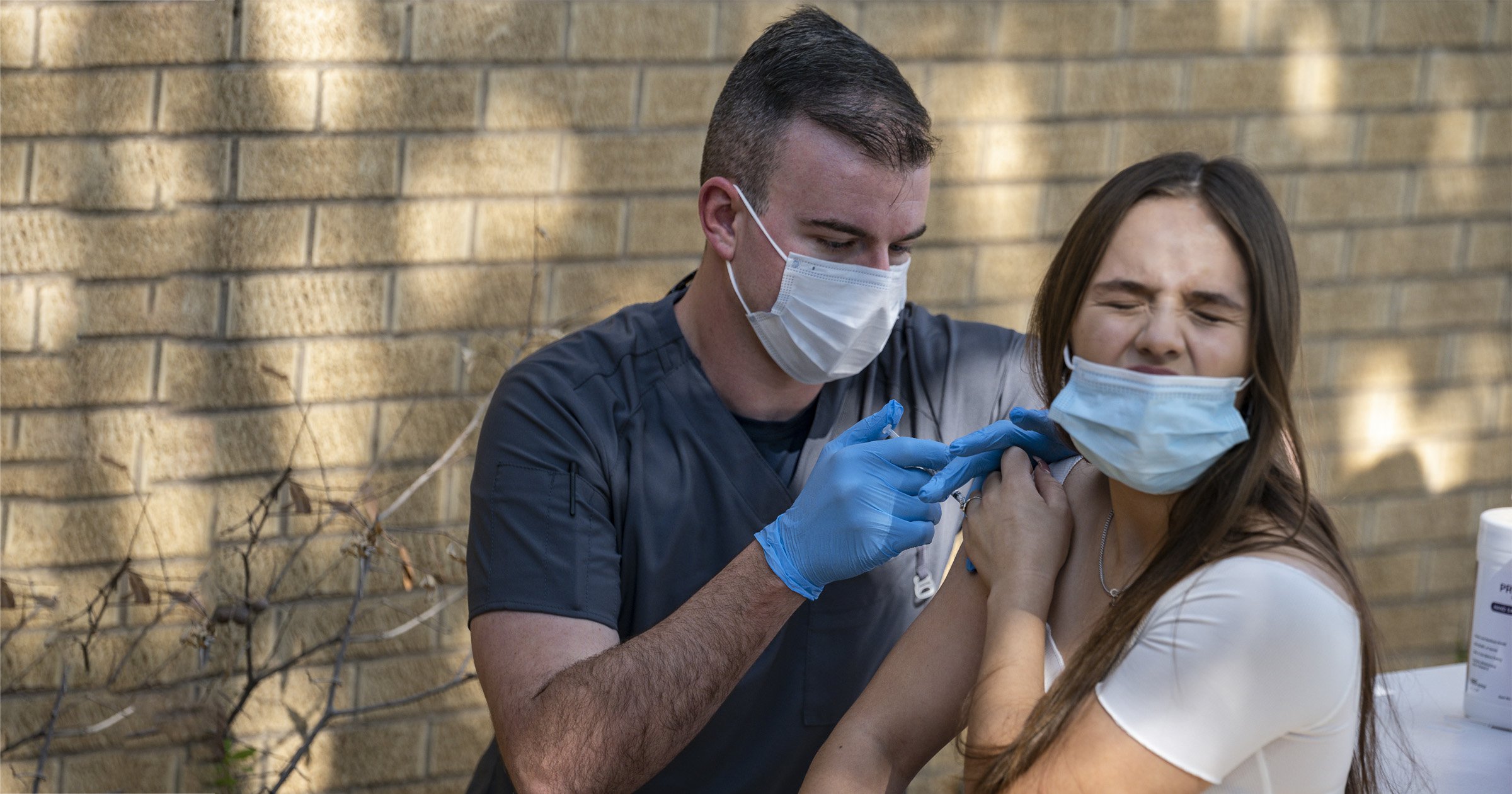 Issuing an executive order on Monday, Texas Governor Greg Abbott banned private companies and any entity in the state from mandating Covid-19 vaccines for employees or customers.

A day later, Florida Governor Ron DeSantis proposed a law that would protect all workers from being fired for not getting vaccinated against the coronavirus.

‘I think it’s pretty clear when you make a choice that’s against all public health information and data out there that it’s not based on what is in the interests of the people you are governing,’ Psaki said during her briefing.

‘It’s perhaps in the interest of your own politics.’

In his order, Abbott called President Joe Biden’s coronavirus vaccine mandates announced in early September ‘yet another instance of federal overreach’. The president announced plans to require all employers with 100 or more workers to implement vaccine mandates or ask for weekly Covid-19 test results.

Abbott stated that the Biden administration is ‘bullying’ private entities into implementing vaccine mandates and in turn threatening Texas’ economy and its residents’ livelihood.

The governor’s order clashes with the direction that some large private companies in Texas have taken.

Dallas-based Southwest Airlines last week informed all its employees that they have until December 8 to get vaccinated or possibly be let go. In August, Dallas-based AT&T ordered most of its workers in management positions to get vaccinated by this week, and Houston-based Hewlett-Packard Enterprise announced a similar policy.

Meanwhile in Florida, DeSantis on Tuesday said he could use executive action to ‘unilaterally’ block employers from terminating unvaccinated workers. However, he suggested that the Florida legislature would need to take the lead on the matter.

‘I think you need a law to be able to just say you shouldn’t be terminated for this reason,’ said DeSantis, speaking from St Pete Beach.

Psaki noted that requirements for vaccines against polio, measles, mumps, rubella, and chickenpox have been standard in Texas and Florida schools for decades.

‘So these decisions put these two leaders out of step with both longtime requirements – a history of vaccine mandates – but also many business leaders in their states,’ Psaki said.

Both Abbott and DeSantis are potential 2024 Republican candidates for president.