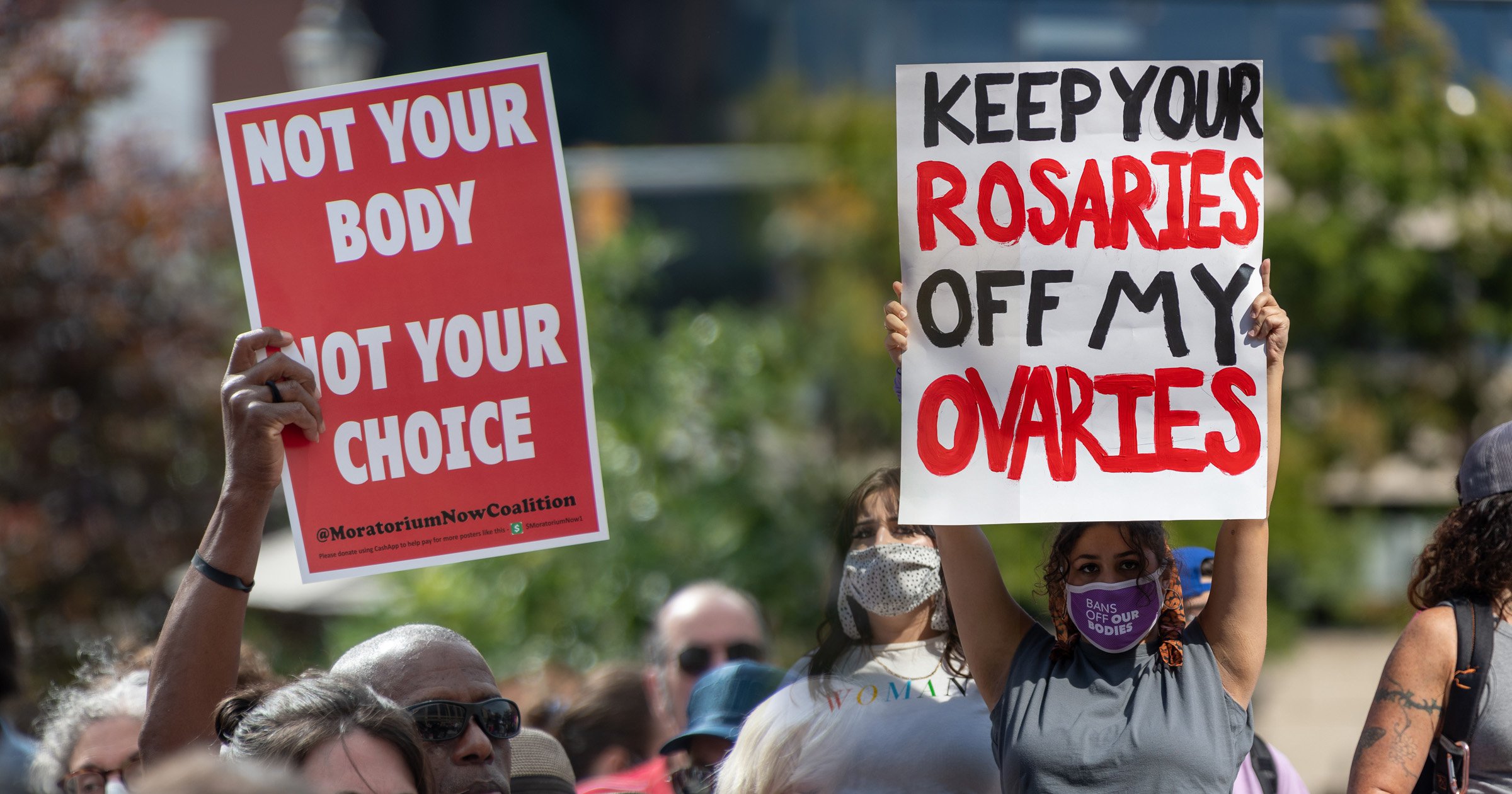 The ruling by the New Orleans-based court came a day after clinics in the state resumed providing abortions for the first time since September.

The law bans abortions beyond around six weeks, when many women don’t know they are pregnant.

Even more, it makes no exceptions for pregnancies caused by rape or incest.

Nancy Northup, president of the Centre for Reproductive Rights, which represents several Texas clinics that had briefly resumed normal services, said: ‘Patients are being thrown back into a state of chaos and fear.’

She called on the US Supreme Court to ‘step in and stop this madness’.

Clinics had braced for the appeals court to act fast after US District Judge Robert Pitman, an appointee of former US president Barack Obama, on Wednesday suspended the Texas law, calling it an ‘offensive deprivation’ of the constitutional right to an abortion.

Knowing that order might not stand for long, a handful of Texas clinics immediately started performing abortions again beyond six weeks, and booked new appointments for this weekend.

It gave the Biden administration, which had brought the lawsuit, until Tuesday to respond.

During the brief period the law was on hold, many Texas doctors remained unwilling to perform abortions, fearful that doing so could still leave them in legal jeopardy.

The new law threatens Texas abortion providers with lawsuits from private citizens, who are entitled to collect at least 10,000 dollars (£7,350) in damages if successful.

That novel approach to enforcement is the reason why Texas had been able to evade an earlier wave of legal challenges prior to this week.

Critics have pointed out this provision lets people act as anti-abortion bounty hunters.