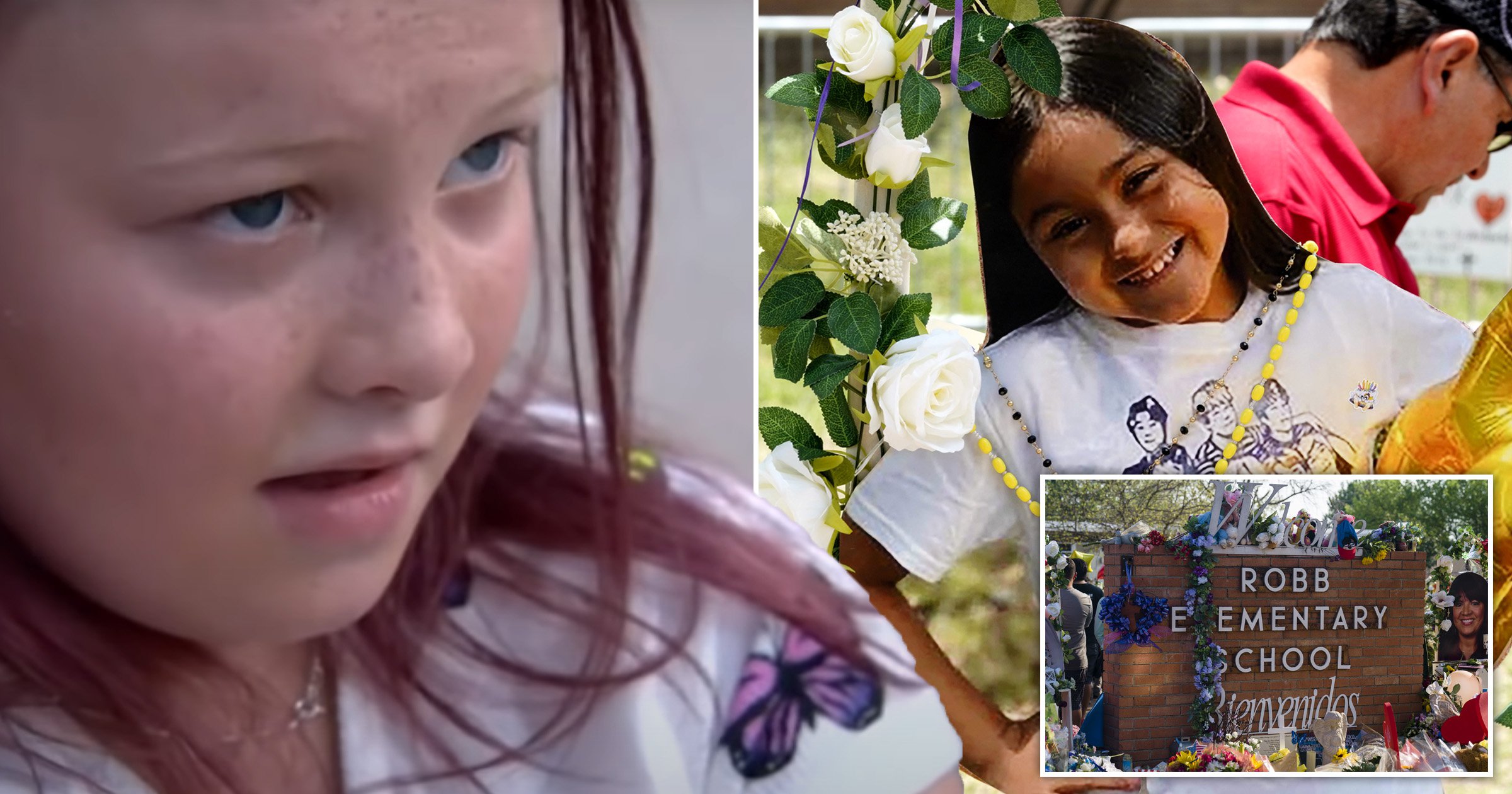 A 10-year-old girl who survived the Uvalde shooting recalled the devastating moment her best friend, who would become one of 19 children killed, tried to comfort her as Robb Elementary School went into lockdown.

‘She was the only big friend I had,’ Khloe Torres said of her best friend, Amerie Jo Garza, during an interview with KENS 5.

Garza was one of the first children shot last week when a gunman barricaded himself inside a fourth grade classroom. She was killed while making a phone call to 911 to try and get help.

Having moved to Uvalde, Texas over Spring Break from Louisiana, Torres said her friend was trying to comfort her as word got out of a lockdown, prompted by the gunman entering the building.

‘We were told we were going into lockdown,’ Torres said. ‘My friend was saying that it was normal. Don’t be scared. Nothing is going to happen.’

The gunman eventually would enter the fourth grade classroom of Ms Irma Garcia and Ms Eva Mireles, the two teachers killed while trying to save their students. Torres described how Garcia was shot while trying to protect her and Amerie

‘[Ms Garcia] ran over to us, sat down and started covering my friend. She started saying no. Because he said you will die. And he shot my friend with the phone, and he shot my teachers Ms Garcia and Ms Mireles,’ Torres said.

After watching her teachers and best friend get shot, Torres said she got up to turn off Garza’s cellphone so that it wouldn’t draw attention to them.

‘I didn’t want anyone else to get hurt,’ she said.

The gunman then attempted to shoot Torres, who says she ran and was only hit by shrapnel.

After the gunman was killed by border patrol agents, a first responder carried Torres out of the classroom, where she was met by the father of her slain friend.

Garza’s father, a medic who ran to the scene to help, noticed Torres covered in blood and asked if she needed help. Torres told him the blood wasn’t her own, but was from her best friend who was killed.

He then asked her who her friend was, and broke down when he learned of his daughter’s passing, telling CNN in an emotional interview: ‘She was the sweetest little girl who did nothing wrong.’

Torres’ heartbreaking account of the massacre comes as funerals begin for the 21 victims. Garza, who just turned 10 on May 10, was remembered during a ceremony on Tuesday. The funerals are expected to last until mid-June.