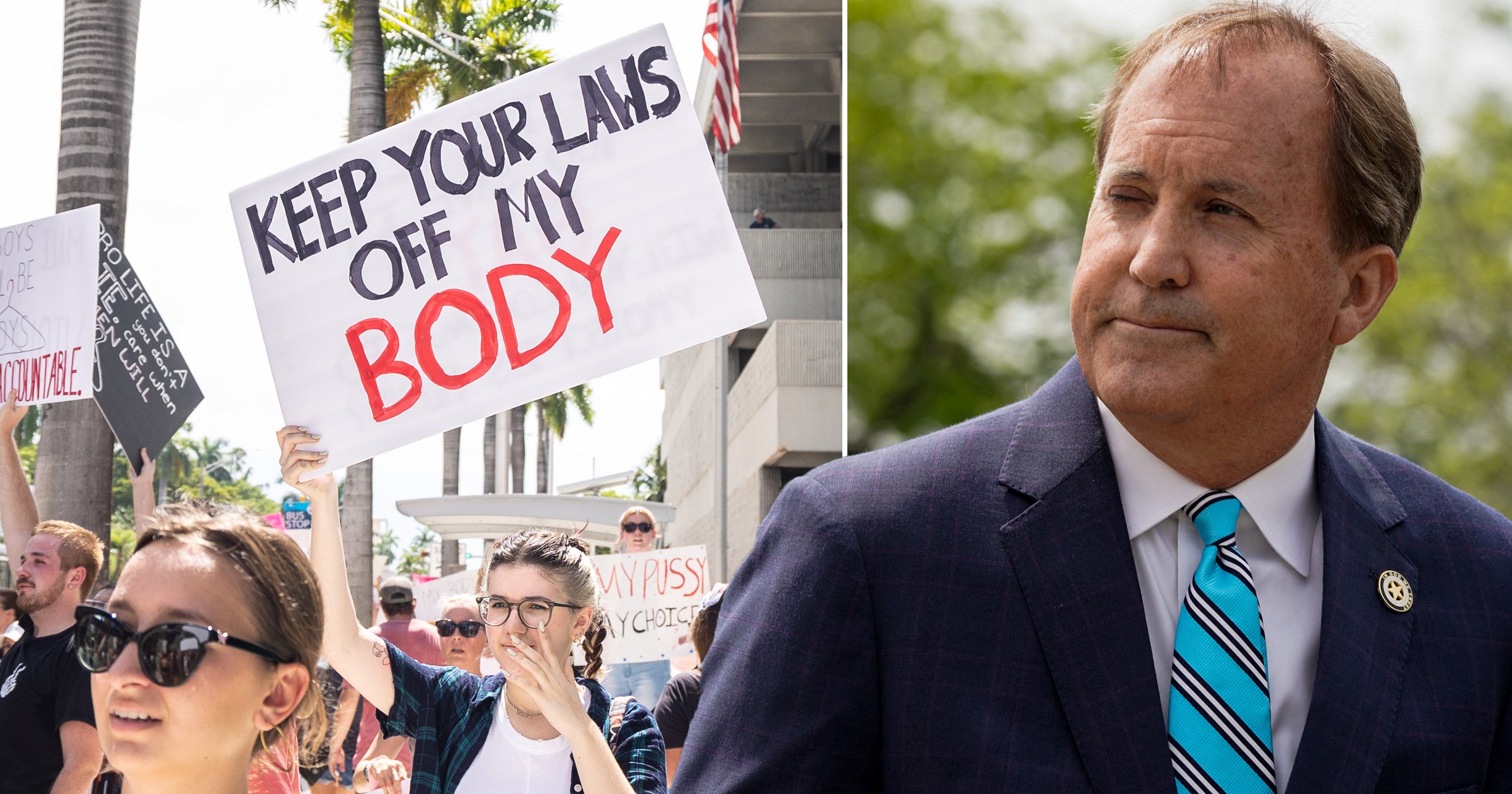 Attorney General Ken Paxton in the lawsuit filed in the US District Court for the Northern District of Texas on Thursday argued that federal law does not confer a right to an abortion.

The guidance issued on Monday violates doctors’ rights not to terminate a pregnancy and interferes with the state’s right to regulate abortions within its borders, according to Texas.

‘President Biden is flagrantly disregarding the legislative and democratic process – and flouting the Supreme Court’s ruling before the ink is dry – by having his appointed bureaucrats mandate that hospitals and emergency medicine physicians must perform abortions,’ states the lawsuit.

Paxton tweeted that the Supreme Court, by overturning Roe v Wade, returned the abortion issue to the states.

Texas is asking the district court to deem the guidance ‘unlawful’ and stop the federal government from enforcing it.

The HHS had said that the Emergency Medical Treatment and Active Labor Act requires medical facilities to determine whether a patient may be in labor and develop an emergency health situation, and calls on doctors to perform abortions in those cases.

Senior HHS officials on Monday said the act preempts state laws, including restrictions that may not provide any exceptions.

Abortions became illegal in Texas under a 1925 law, after the Supreme Court last month reversed Roe.