Weather: Chance of an early sprinkle, then gradually clearing. High in the mid-60s.

Alternate-side parking: In effect until Thursday (Solemnity of the Ascension and Eid al-Fitr). 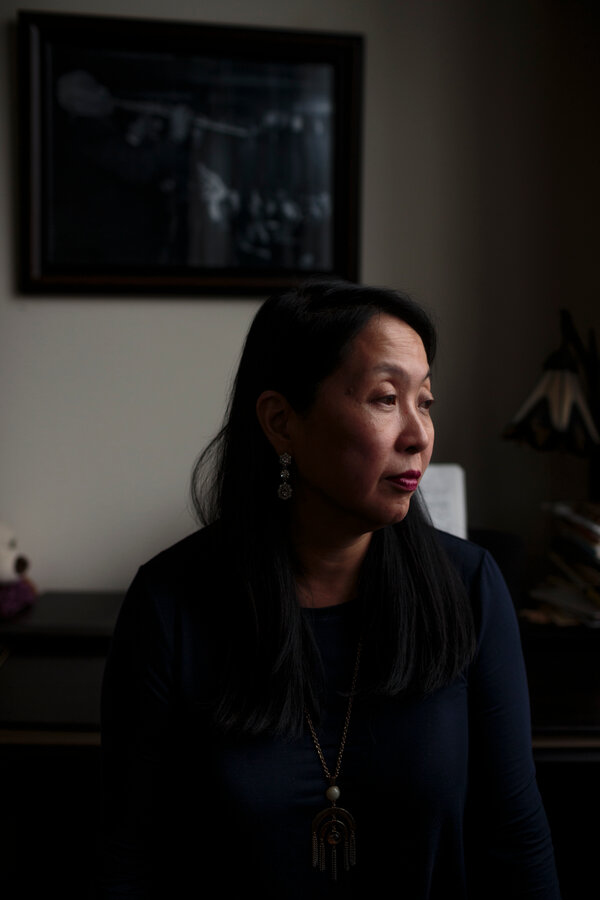 Less than two weeks ago, the mayoral campaign of Scott M. Stringer, the New York City comptroller, appeared to be on the upswing.

But on April 28, a woman who had worked unpaid on Mr. Stringer’s unsuccessful 2001 campaign for public advocate, Jean Kim, accused him of sexual misconduct, upending the mayor’s race some eight weeks before the June 22 primary.

During an interview with my colleague Katie Glueck last week, Ms. Kim, shown above, described several advances that she said were unwanted.

[Mr. Stringer has denied allegations that he misused his position of power with Ms. Kim.]

Ms. Kim moved to New York in 1998, she said, and later became active in a political club, the Community Free Democrats, that Mr. Stringer was also involved in. In 2001, she took an unpaid role in Mr. Stringer’s unsuccessful campaign for public advocate.

In a cab that summer, Ms. Kim said, Mr. Stringer grazed her knee. He touched her leg again — it was “a little bit more insistent”— a few weeks later as they shared another cab, she said.

Days later, Ms. Kim said, she shared one more cab ride with Mr. Stringer, during which he made more advances, asking why she would not have sex with him.

“He constantly reminded me of his power by saying things like, ‘You want me to make a phone call for you to change your life,’ ‘You want me to make you the first Asian district leader,’” Ms. Kim said. “There was no doubt in my mind that he was powerful and he could make or break me.”

He said he never suggested he could give Ms. Kim a political position.

“Virtually every one of my friends volunteered on the campaign,” Mr. Stringer said in a statement. “There was no sense in which they were subordinates. While I obviously can’t speak to how any individual felt, I don’t think most people who were part of our social circle would say there was a power dynamic at play.”

He offered an account of what he has said was a consensual relationship.

“I would estimate that on at least a dozen occasions over four to five months, an evening out ended with us kissing,” he said.

Ms. Kim denied that she and Mr. Stringer ever had a consensual relationship.

No Scrum for Seats. No Quiet-Car Brawls. Is This Really My Commute?

Who’s the ‘Comeback’ Candidate? 5 Takeaways from the Mayor’s Race.

The head of New York City Transit said she expected that the subways will be safer after ridership numbers rise. [N.Y. Post]

A 28-year-old man walked into a police station and confessed to killing his mother in her Queens home, police said. [NBC New York]