“Pretty much the community of Paradise is destroyed, it’s that kind of devastation,” California fire captain Scott McLean said.

“The wind that was predicted came and just wiped it out.” 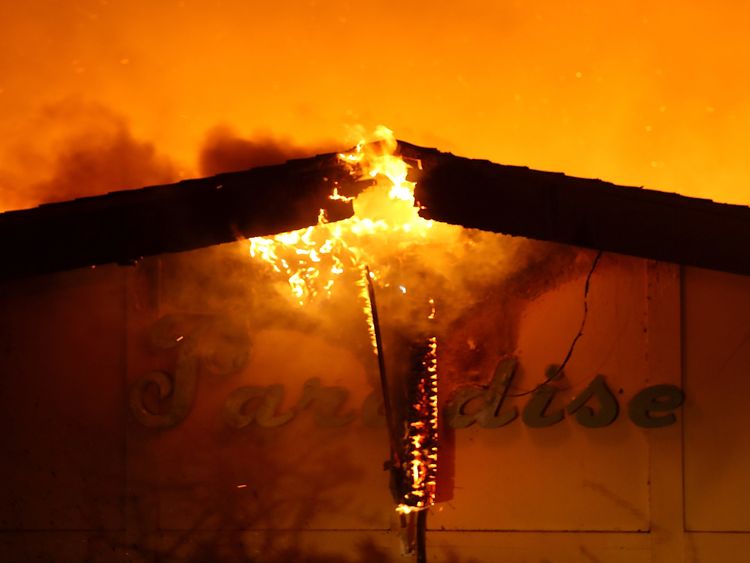 He estimated that a couple of thousand structures, including offices, large stores and restaurants in the 27,000 population town were flattened by the fire, although exact numbers are not known.

People were forced to abandon their cars and run, carrying their children and possessions, and those who had fled reported seeing houses explode as they were engulfed in flames.

The extent of people’s injuries was not immediately known as officials could not access the dangerous area, 180 miles northeast of San Francisco. Authorities were working to evacuate residents from their homes as strong winds swept seasonal wildfires across the state, consuming more than 26 miles of territory on Thursday alone.

Strong blustery winds are combining with dry conditions, after weeks without rain and low humidity at the height of the wildfire season in north California. 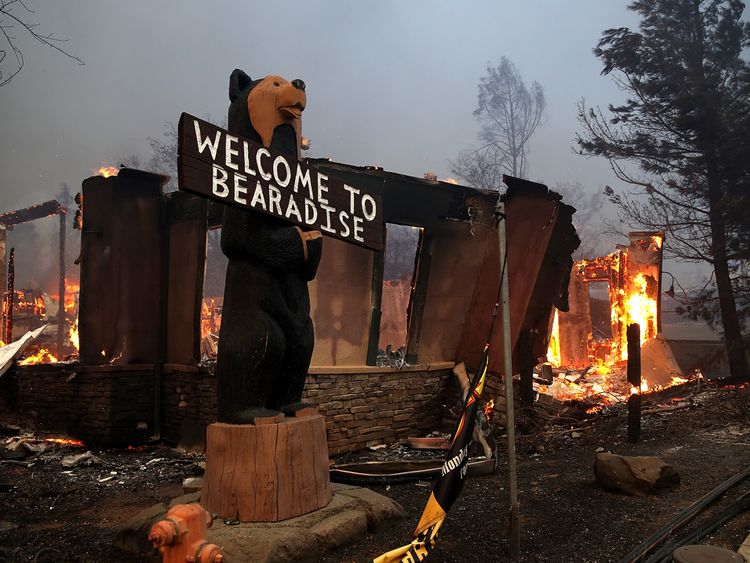 Butte County Sheriff Kory Honea said they were sending as many firefighters as possible.

“We’re working very hard to get people out. The message I want to get out is: If you can evacuate, you need to evacuate,” he said.

“It’s a very dangerous and very serious situation. I’m driving through fire as we speak.”

Videos of the area posted on social media showed cars driving along what appeared to be a tunnel of flame, while others depicted untouched lawns or buildings set against a backdrop of deep orange, the fire racing towards people’s homes.

On social media many people posted anxious messages about elderly relatives who lived near the fire and were missing, urging authorities to assist them in evacuating. One woman, Kim Curtis, said she was searching for her grandmother, a woman in her 70s who had said she was fleeing with her cat but had failed to turn up at an arranged meeting point and was not contactable.

“We’ve just been posting all over social media. And just praying for a miracle, honestly,” Ms Curtis said.

One manager of a mobile home park said her husband had struggled to alert as many residents as possible to the fire, hammering on doors and screaming for people to leave.

“My husband tried his best to get everybody out. The whole hill’s on fire. God help us!”, Shary Bernacett said.