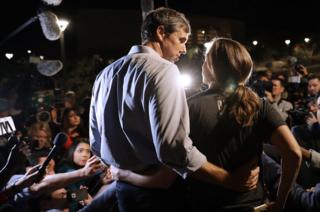 Calibrate your watches. The race for the 2020 Democratic presidential nomination starts… right… NOW. And what happened in Tuesday’s mid-term elections could have a big influence on how that contest shapes up.

The Democratic doomsday scenario, where the party failed to take control of either chamber of Congress, was averted.

That probably avoids a burn-it-to-the-ground situation where Democratic voters, totally disillusioned with the ability of the current crop of officeholders, turn to a complete outsider for salvation (think Oprah or businessman Marc Cuban).

Instead the implications for Democrats – as with the election results themselves – are a bit more nuanced.

A setback for the left of the party

One of the first clear takeaways from the mid-term results is that the highest-profile progressive candidates simply didn’t win.

There’s been a running debate among Democrats since 2016 over whether the failings of the party were because its candidates didn’t do enough to broaden their appeal to independents and moderate Republicans or if they were insufficiently outspoken in their support for progressive goals.

In the governor’s races in Florida and Georgia, the two Democratic candidates ran on unabashedly progressive platforms after beating more traditional, establishment candidates in the primaries.

Andrew Gillum, who narrowly lost in Florida to a Trump-supporting Republican, had endorsed a $15 (£11) minimum wage, universal healthcare, reforming immigration enforcement, among other measures. He lost the state by half a percentage point. 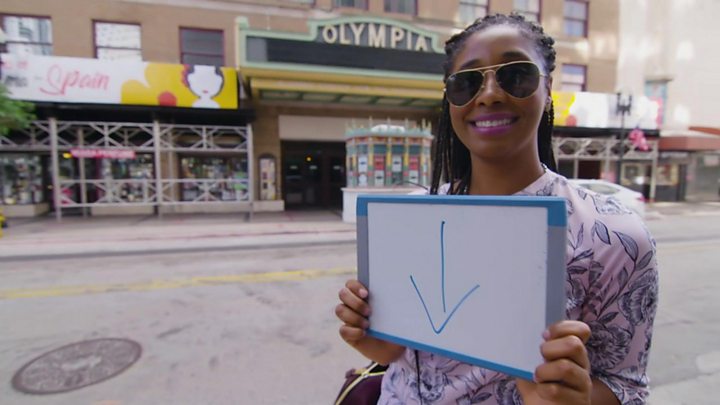 Georgia’s Stacey Abrams hasn’t conceded her race yet – and there are controversies swirling around voting fairness in her state. She has expressed similar progressive sentiments.

“I’m not going to spend a disproportionate share of our resources trying to convert Republican-leaning voters when we can invest in lifting up the voices of those who share our values,” she told Rolling Stone magazine back in July.

In House races, there were progressive victories in places like Texas, Illinois, Pennsylvania and Kansas. In a Georgia race a progressive, Lucy McBath, narrowly won a House seat that a more moderate candidate, Jon Ossoff, narrowly lost in a special election last year.

But a victory state-wide in Florida or Georgia would have been a resounding endorsement of the rally-the-base strategy – the opposite of Hillary Clinton-style triangulation and political calculation.

It was not to be. And that could end up being bad news for leading progressive presidential hopefuls like Elizabeth Warren of Massachusetts and Bernie Sanders of Vermont.

(Mr Sanders, perhaps sensing vulnerability, recently told the Daily Beast the two candidates lost not because of their politics but because white voters were “uncomfortable” voting for black candidates.)

The Midwest is a battleground again

Take a copy of the 2016 presidential electoral map and change Wisconsin, Michigan and Pennsylvania from Republican red to Democrat blue. If that combination of states switch sides in the 2020 election, the Democrats would win the White House 278 to 260.

That could be one of the most significant messages to Democrats after the 2018 mid-term elections. The easiest pathway back to the White House might be through the Midwestern states that fell when Mrs Clinton’s electoral “blue wall” collapsed.

All three of those aforementioned states elected – or re-elected – both Democratic senators and governors on Tuesday. Michigan and Pennsylvania also flipped House seats to the Democrats.

There had been discussions in Democratic ranks as to whether the party should focus in 2020 on trying to win back the Midwest or try for a “Sunbelt strategy” that instead built an electoral college majority with the help of states like Florida, North Carolina and Arizona. Consider the 2018 results to be exhibit A in support of the former.

If Democrats go looking for a candidate who can win the Midwest, the first place they’ll probably cast their eyes is the pride of Scranton in Pennsylvania, Joe Biden.

There are a lot of reasons he’d be a serious frontrunner if he decides to enter the race, but his ability to appeal to the Midwest working class – his ability to speak their language and understand their concerns – would be high on the list.

Senator Sherrod Brown could be the dark horse who benefits the most from the 2018 midterms.

The 65-year-old senator with the gravelly voice just won re-election in Ohio, which Trump won with ease two years ago. He’s a progressive, but he has blue-collar appeal.

Minnesota Senator Amy Klobuchar is another potential beneficiary of a Midwest focus, as is Ohio Congressman Tim Ryan, who just won his district by more than 20%.

The narrowness of the loss – less than 3% – and the astounding sums money the El Paso congressman raised – more than $70m (£53.5m) – ensures that he’s going to be a presence on the national stage for years to come.

Could he decide to use some of his remaining war chest as seed money for a 2020 presidential bid? Perhaps. He’s got national name recognition among Democrats at this point and has shown he can fund-raise like a presidential fund-raiser.

If Mr O’Rourke doesn’t run, Democratic voters may look for a bit of that Beto magic in whoever does enter the field – someone young, charismatic and reform minded.

New Jersey Senator Cory Booker might aspire to such a description. California Senator Kamala Harris is another possibility. If either of them think it’s a key to Mr O’Rourke’s fundraising fortune, they’ll take up skateboarding or join a grunge band in an instant.