Anita Anand is out shopping for millions of doses of a coronavirus vaccine that isn’t yet approved to make sure Canada is ready when it finally is.

Unless the military is buying a large quantity of something that flies and is very expensive, Canadians don’t pay a lot of attention to the minister of public services and procurement. But the current holder of the job, Anita Anand, is firmly in the national spotlight now, as the leader of the government’s efforts to secure a supply of coronavirus vaccine for Canadians. 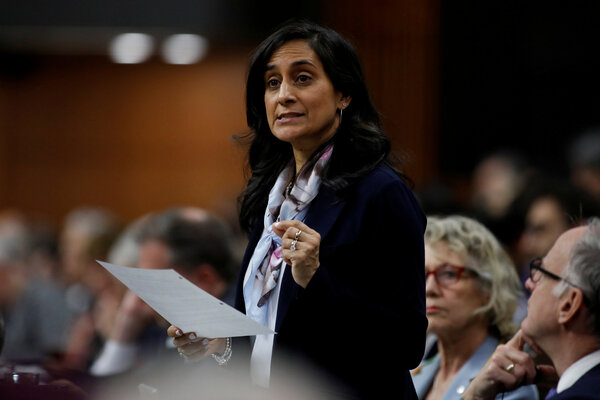 She faces a trying task. At this point, there is still no vaccine that has been proven both effective and safe. Then there is a whole other set of questions surrounding the production capacity of the world’s vaccine makers.

I spoke this week with Ms. Anand about the challenges she has been facing and also with a scientist and health policy expert about the government's efforts to make sure that Canada will have enough vaccine.

One big strategic thought, Ms. Anand told me, has guided the government’s approach to negotiations with virus makers.

“Because we do not know which vaccine or vaccine is going to be successful, ultimately we must bet on multiple vaccines at the same time,” she said. “We are not putting all our eggs in one basket.”

That in turn has influenced the government’s decision to, in effect, place orders and take out options for doses that far surpass Canada’s population of 38 million. After striking deals with four companies, she said the government now had guarantees for a minimum of 80 million doses and options for another 102 million. And negotiations with other companies are still underway.

But once vaccines are approved and in production, she said, it may be apparent that some of them are less effective with certain groups of people. Other vaccines might require multiple inoculations.

“The numbers may seem a little lower if you look at them in that context,” she said.

Aside from the question of quantity, there’s figuring out a price. Some drug makers, notably AstraZeneca, have said they don’t plan to profit from any coronavirus vaccine, but they are the exceptions. While the public most likely ranks safety and effectiveness over getting vaccine as cheaply as possible, Ms. Anand is also aware that she can’t allow drug makers to unfairly exploit the pandemic.