As Covid-19 cases grow in the Great Plains, one official said residents need to know “how perilously close we are to the edge.” 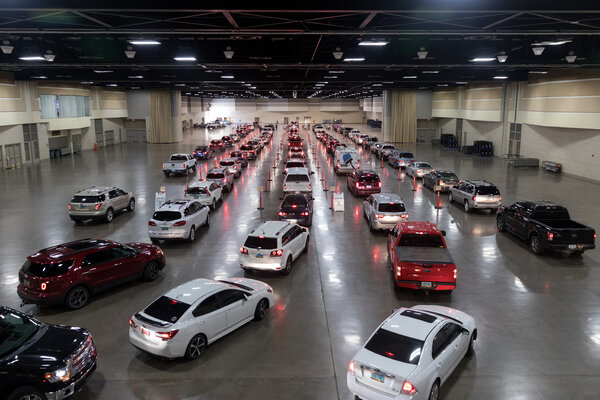 BISMARCK, N.D. — When Tammy Gimbel called to check on her 86-year-old father two weeks ago, he sounded weak. He was rushed to Sanford Medical Center in North Dakota’s capital, where doctors said he had the coronavirus. But all the hospital beds in Bismarck were full, his relatives were told, and the only options were to send him to a hospital hours away in Fargo, or to release him to be monitored by his daughter, who was herself sick with the virus.

Ms. Gimbel and her father hunkered down in a 40-foot camping trailer in her backyard to try to recover. He only got worse.

“There I sat in my camper, watching my dad shake profusely, have a 102 temperature with an oxygen level of 86,” Ms. Gimbel recalled. “I am sicker than I had been the whole time, and I wanted to cry. What was I going to do? Was I going to watch my dad die?”

As President Trump returned from the hospital, still telling Americans not to be afraid of Covid-19, the coronavirus has exploded in North Dakota. In the past week, North Dakota reported more new cases per capita than any other state. Hospitalizations for the virus have risen abruptly, forcing health care officials in some towns to send people to faraway hospitals, even across state lines to Montana and South Dakota.

Officials have huddled with hospital leaders in recent days to contemplate ways to free up more hospital beds even as they contend with broader turmoil over virus policy in a state that has seen resignations of three state health officers since the pandemic’s start.

The rise in cases and deaths — September was by far the deadliest month for North Dakota since the start of the pandemic — reflects a new phase of the virus in the United States. From Wisconsin to Montana, states in the Midwest and Great Plains, many of which had avoided large outbreaks in earlier months when coastal cities were hard hit, are seeing the brunt. And in rural portions of the states now reeling, medical resources are quickly stretched thin for residents who can live hours from large hospitals.

Still, partly because these outbreaks were slow in coming, public health officials say they have struggled to convince the public that the situation is urgent or that limits like mask rules make sense. North Dakota is one of fewer than 20 states with no statewide mask mandate and many counties have resisted restrictions. But as the state reaches a boiling point, health officials say they hope people now will start to take the virus more seriously.

“If there’s anything that should get our population’s attention, it’s this: how perilously close we are to the edge,” Vern Dosch, who leads contact tracing efforts for North Dakota, said last week. 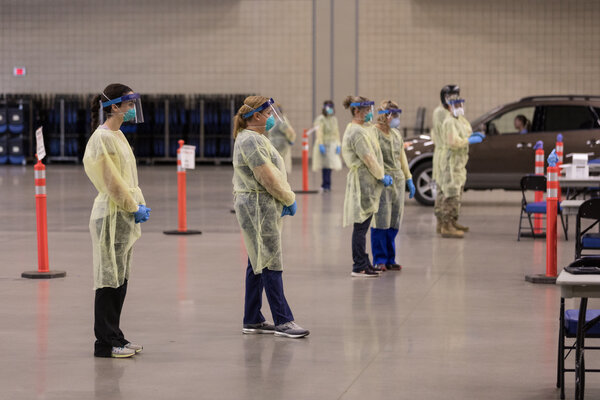 Compared to many states, North Dakota has seen a tiny number of cases. More than 24,000 people have been reported as having the virus, and, as of Tuesday, 284 have died. But North Dakota is one of the least populous states in the country, with 762,000 residents spread across vast stretches, from a handful of cities like Bismarck to farms, oil fields and towns separated by hundreds of miles. So the growing outbreak is testing the hospital systems, health officials said, pushing them near their limits.

On Monday, hospitals in Bismarck reported that only six inpatient beds were open and just one intensive care unit bed. Across the entire state, 39 staffed I.C.U. beds were available.