Last year, one million students and their teachers emptied out of New York City’s school buildings as the pandemic took hold of the city. These are the staff members who stayed.

Photographs and Video by Elianel Clinton

When the nation’s largest school system shuttered last spring, the one million students that had flooded its classrooms were abruptly sent home. Tens of thousands of teachers had just a few days to collect their papers and prepare for online classes before schools were mostly emptied. But in the absence of children and educators, there was a vast and often unseen force of essential school staff that never left New York City’s 1,800 school buildings.

A network of staffers — including cooks, custodians, maintenance workers and nurses — became part of something like a wartime effort to keep city schools clean, functioning and ready to eventually welcome children back.

As this disrupted school year draws to a close, parents, educators and students are looking forward to the return of normal schooling in September. But the city would not have been able to safely reopen schools at all without the grueling, dangerous work done by employees in cramped basement offices, boiler rooms and kitchens.

Here are four of their stories. 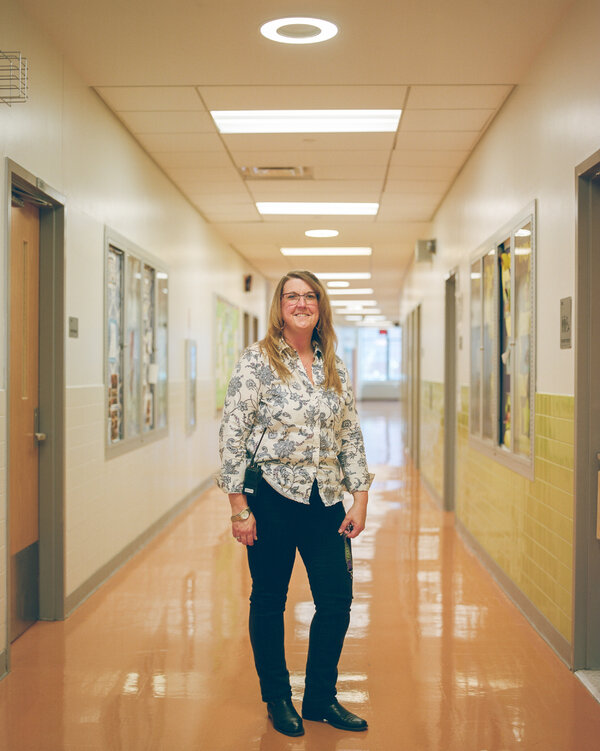 During the worst weeks of the pandemic last spring, when many New Yorkers stopped leaving their homes altogether, Theresa DiCristi did what she always does. She set her alarm for 2:30 a.m. and climbed onto a deserted Long Island Railroad car from her small town long before the sun rose. She would arrive by 5:30 at Public School 276, in the shadow of the World Trade Center, and unlock the front door of the empty building.

Then, she brought the school to life. As she fielded text messages from nervous friends and relatives, checking in to see if she was OK, Ms. DiCristi flipped the lights on and checked to make sure there were no issues with the boiler or the air conditioning, and that no mysterious water leaks had emerged overnight.

She and her team cleaned the hallways and cafeteria until they were sparkling, made sure dust didn’t pile up in classrooms, and distributed masks and hand sanitizer to families who came to pick up hot lunches.

The building felt as deserted as the sidewalk outside, but Ms. DiCristi knew she couldn’t leave the school unattended for long. She learned that lesson from her late father, a longtime custodial engineer in Brooklyn, who taught her how to do the job when she was a child. A framed photograph of him sits above her desk.

Ms. DiCristi was delighted when many of the school’s students returned last fall. “It was just like, thank you. We’re a school again, this is fantastic,” she said.