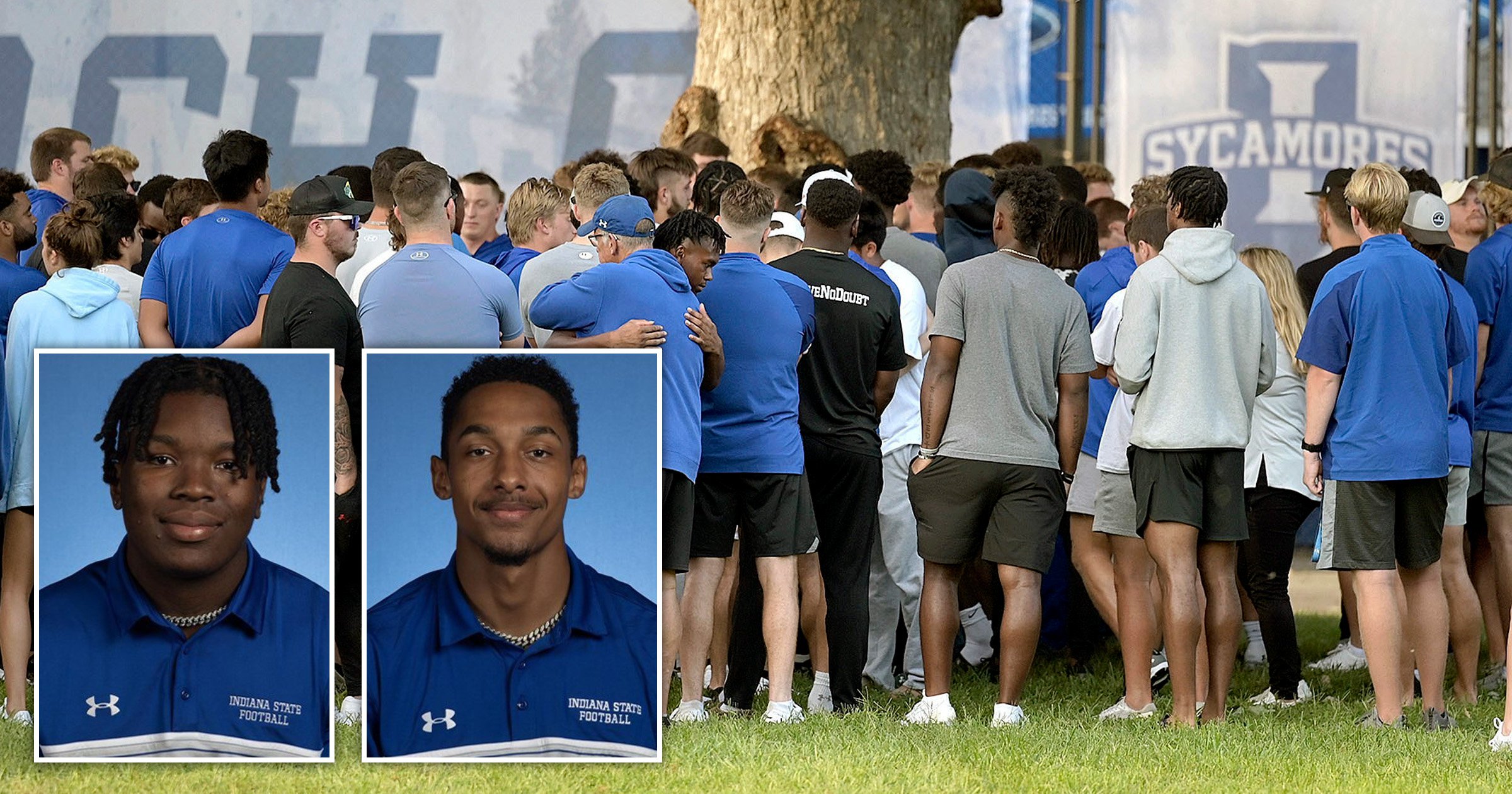 Three students have been killed in a fiery crash at an Indiana university, including two identified as football players.

Indiana State University students Christian Eubanks, 18, Jayden Musili, 19, and Caleb VanHooser, 19, died when a car they were driving veered off the road and collided with a tree, the Vigo County Sheriff’s Department said.

Two other students, Omarion Dixon, 20, and John Moore, 19, were also in the car during the crash. They were still hospitalized and in serious condition as of Monday afternoon.

Vigo County Sheriff’s deputies responded to a crash around 1.34am on Sunday morning. The car had caught fire by the time deputies arrived on the scene.

As of Monday, the sheriff’s office was still investigating the circumstances of the crash.

Four out of the five students – Eubanks, VanHooser, Dixon, and Moore – were listed on the roster for the 2022 ISU Sycamores football team.

‘There are no words to express the depth of our sadness about this tragedy,’ ISU President Dr Deborah J Curtis stated, offering condolences to the victims’ families. ‘The Sycamore family is mourning and will support each other in this time of grief.’

‘Both young men were quality individuals who were loved and respected by their teammates and this staff,’ said ISU head coach Curt Mallory. ‘To say they will be missed is an understatement.’

ISU quarterback Cade Chambers said on Twitter: ‘I can’t even begin to describe the pain we are all feeling today. Please take some time out of your day to pray for everyone involved. Fly high guys.’

Musili was enrolled in Pathways to Blue, a bridge program that brought him from Ivy Tech Community College to Indiana State.

It is with heavy heart that we mourn the loss of Caleb VanHooser, former Hawk great, and Indiana State football player who was called home to Heaven early this morning. We will never forget his contributions to our program. RIP#2. We love you. pic.twitter.com/cV5gh8ysJA

‘His smile was infectious,’ said program director Sadé Walker. ‘He worked very hard to navigate college. He was very excited about his classes and becoming a Sycamore.’

Earlier this year, a car crash in Texas killed nine people from a golf team at the University of the Southwest, including eight students and one coach.