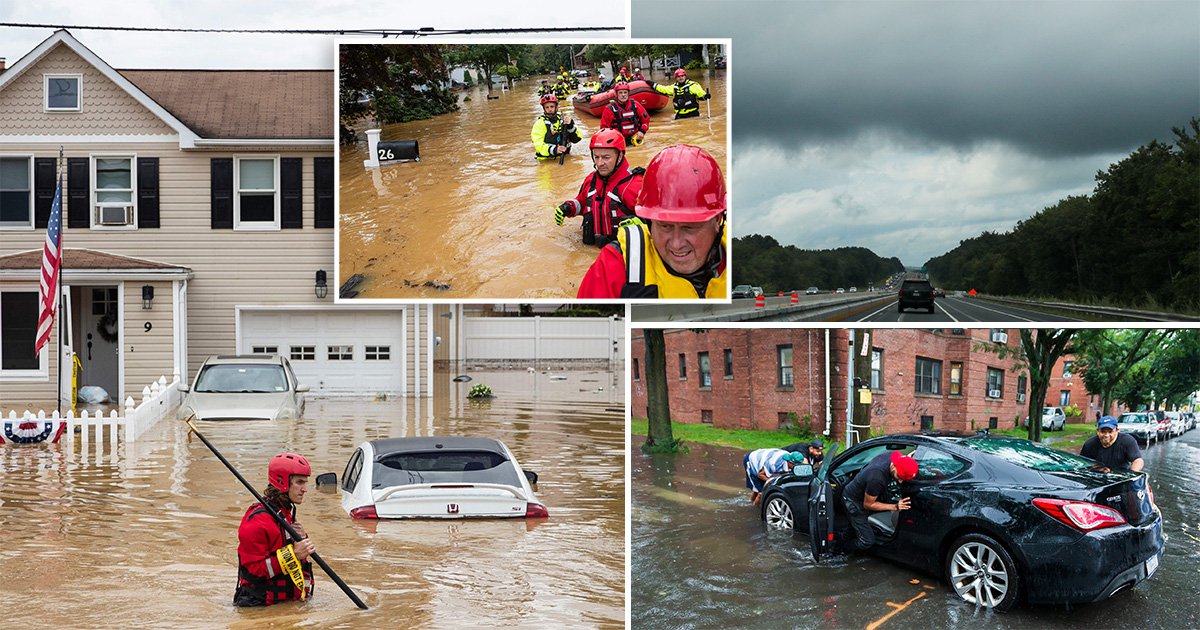 On its way back to sea, Henri, downgraded from a tropical storm to a tropical depression, brought a tornado to Massachusetts and flash floods to other states in the Northeast.

The National Weather Service (NWS) on Monday confirmed that a tornado touched down in Marlborough, Massachusetts, around noon.

‘A small, brief tornado touched down just west of I-495 near the Marlborough Water Treatment Center, went over a business park and traveled northwest a short distance before dissipating just north of Cedar Hill Street,’ the NWS said, according to NBC 10.

The tornado ripped out a tree on Cedar Hill Street which fell over two cars and damaged one of them. No injuries have been reported.

As Henri moved through the central part of the Bay State, the NWS had issued three separate tornado warnings, from 11.30am to 2.15pm.

Henri made landfall in Rhode Island on Sunday as a tropical storm.

On Monday, flash flood warnings remained in effect across most of central and southern New England. Connecticut, Rhode Island and parts of western and central Massachusetts were under warnings through Monday at 8pm.

Henri was expected to move into Massachusetts Bay and to the Gulf of Maine by Monday night, with rainfall continuing overnight. Cape Cod and eastern Maine could see showers through early Tuesday.

Severe weather also hit the middle of Tennessee on Sunday. Record-breaking rainfall created floods that killed at least 22 people including two toddlers. Locals said the rainfall was the third ‘hundred year flood’ the area has seen in a decade but said it was ‘ten times worse’.