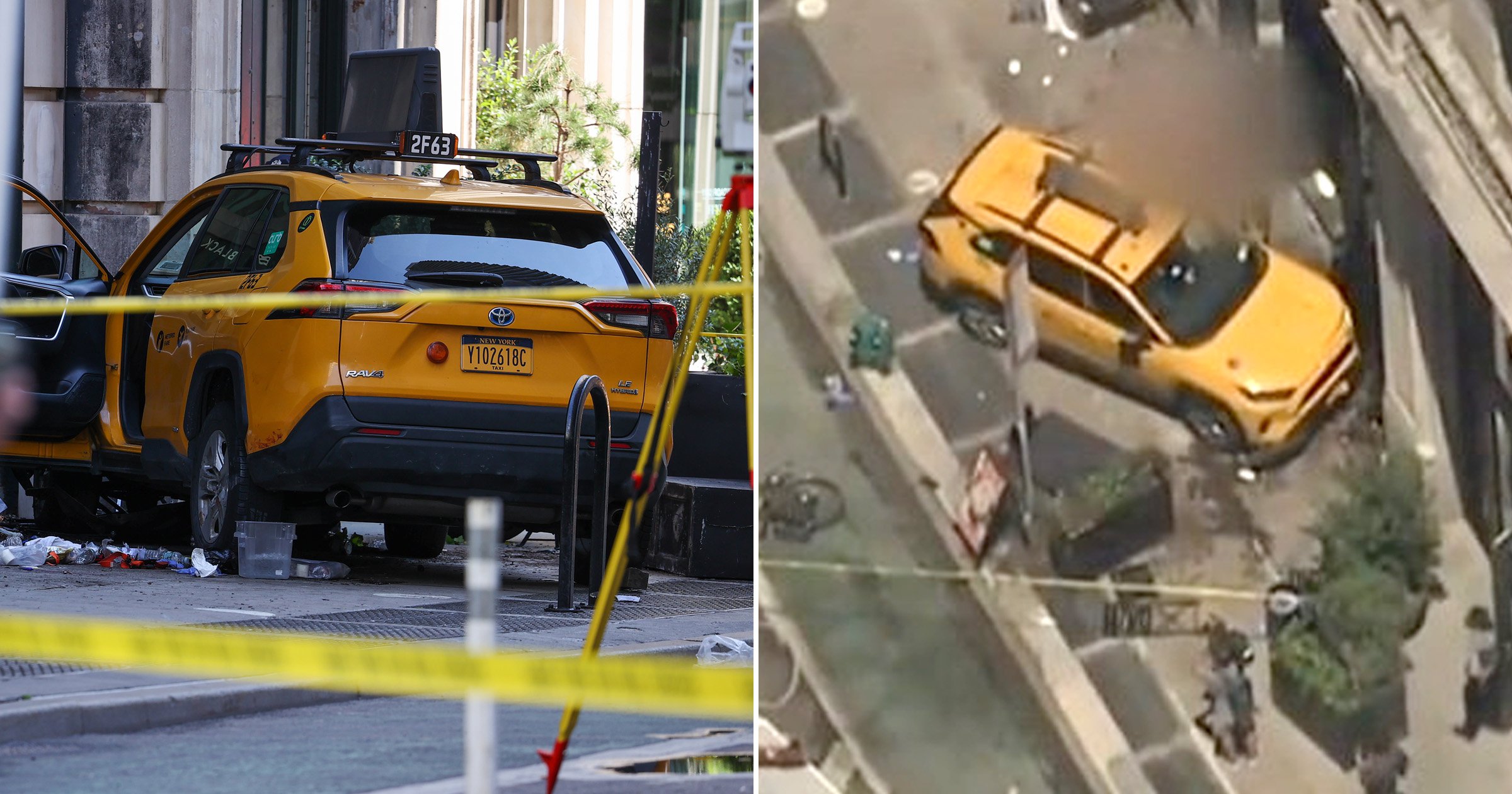 A tourist had her leg amputated after being struck by a New York City taxi cab, which jumped a curb and mowed over three people on Monday afternoon.

The woman, a 32-year-old visiting from Mexico, was among six who were harmed when a driver drove onto the sidewalk and into people sitting outside Black Seed Bagels in midtown Manhattan.

Moments after the accident, a group of New Yorkers leapt into action and lifted the nearly 4,500 pound SUV off two female tourists who were pinned under it.

Another woman, a 48-year-old visiting from Columbus, Ohio, also suffered a severe leg injury that may require amputation, according to ABC 7.

About 20 New Yorkers were quick to help the two women who were trapped, working quickly to lift the taxi off their bodies before first responders even arrived on scene, the New York Post reported.

Eyewitnesses to the accident say the victims were left in shock.

Marco De Ogueta, who had been working construction at a hotel across the block when he heard the crash, told the Post that one of the victims lost a leg below the knee and that her other ankle was mangled. The second woman had lost a large chunk of one of her thighs, he said.

Three of the victims were left in critical condition.

A second woman from Columbus, Ohio was also injured in the crash, as well as a 50-year-old bicyclist, who had collided with the taxi and was dragged onto the sidewalk with the vehicle. A total of four pedestrians were struck.

The 60-year-old taxi driver received care for minor injuries, while a 40-year-old passenger in the cab was wearing a seatbelt and did not sustain any injuries.

The accident took place near the intersection of Broadway and 29th Street, about four blocks from the Empire State Building, according to the New York City Fire Department.

As the cab driver was attempting to turn left onto southbound Broadway, it struck a bicyclist with the front left corner of the vehicle, police said. The bicyclist was knocked over and dragged onto the sidewalk with the cab, which hit three other pedestrians, pinning two under the vehicle.

After hitting the pedestrians, the cab crashed into a building.

He noted that there is a lot of video taken from the scene that investigators were planning to examine to see how the accident unfolded.

The mayor also thanked the 20 heroic New Yorkers who stepped in to lift the taxi off the victims, saying it demonstrates how ‘during a time of tragedy, New Yorkers step up.’