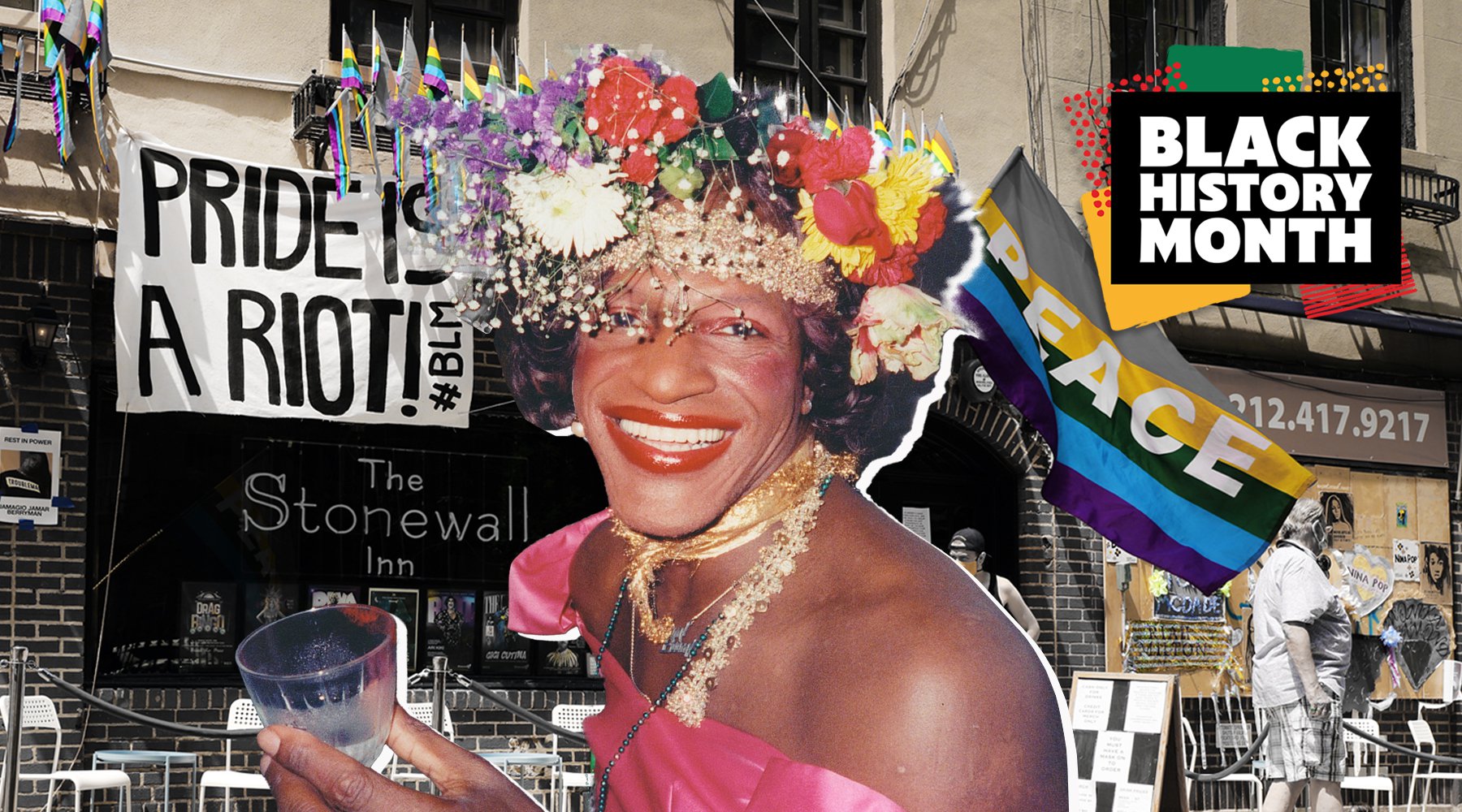 If there’s one thing that Elle Moxley, a Black liberation activist and artist, wants people to know about Marsha P Johnson, it’s that she’s not alive.

Since then, she has seen Johnson’s legacy soar as her calls for queer, racial and social justice gain recognition as if she was the new activist on the block.

‘There are people who come across Marsha P Johnson who still assume that Marsha is alive,’ Moxley says.

‘But when people hear about the Martin Luther King Jr Center or the Malcolm X and Betty Shabazz Center in Harlem, they do not consider these heroes, these Black figures of hope in justice, in resiliency and preservation, alive.

‘So what’s the difference?’

There are two reasons, Moxley says. Johnson wasn’t just Black. She was Black, trans and a woman.

And when it comes to the history books, Black trans women’s names are often the first to be forgotten.

‘That’s just the reality of what it is to be a Black trans woman in the world, it takes 30 or so years for our stories to come in the media,’ Moxley says.

Who was Marsha P Johnson?

Johnson was born in 1945 in Elizabeth, New Jersey. By 1965, she found herself in New York City with nothing more than $15 in her pocket and a bag of clothes.

Life wasn’t easy for LGBTQ+ people. New York State may have lowered sodomy from a felony to a misdemeanor in 1950 but discrimination remained rife.

Johnson knew this. So she did everything she could to find joy — and strength — in her suffering.

‘She was a modern-day reflection of why our movement exists. She is one of so many who have been overlooked.

The people who have the resources to write history books hate us.

‘Marsha is someone who captured all of that history as a Black trans-variant person who lived and walked this earth and fought and hoped for change.’

Johnson did a lot with her life, but one thing people today know her for was ‘throwing the first brick at Stonewall’.

Did she though? Probably not. But that’s not important.

In the early morning of June 28, 1969, police set upon the Stonewall Inn, a red-bricked LGBTQ+ bar on Christopher Street, as they have so many times before to so many other queer spaces.

But that day, patrons had had enough. The raid erupted with unrest as frustrated LGBTQ+ people threw punches, stones and, as the story goes, bricks at officers.

‘I was uptown and I didn’t get downtown until about two o’clock. When I got downtown, the place was already on fire, and there was a raid already,’ Johnson told historian Eric Marcus in 1987. ‘The riots had already started.’

Brick or no brick, Johnson was one of countless Black folk who had no choice but to fight to stay alive.

‘Marsha was someone who practiced self-defence, which is certainly a principle of Black residence and Black struggle because we were consistently being attacked throughout history,’ Moxley says.

‘Self-defence is embedded in Black culture to protect ourselves. Marsha was known not only to throw a brick at Stonewall but to carry a brick in her purse wherever she went.’

In the years after Stonewall, Johnson joined Sylvia Rivera to form Street Transvestite Action Revolutionaries, or STAR, to advocate for young trans people.

She was a fixture in New York City’s LGBTQ+ scene. With her floral crowns atop her bright wigs and wide smile, Johnson dazzled as a drag performer in her group, Hot Peaches.

‘I was no one, nobody, from Nowheresville, until I became a drag queen,’ she said in a 1992 interview.

Life never got easier for Johnson.

She spent years in and out of mental health institutions, and her death happened under murky circumstances — drowning from undetermined causes.

Marsha P Johnson fought for both ‘queer and Black liberation’

For Moxley, it’s important to remember Johnson is more than Stonewall.

‘Johnson was not just fighting for queer liberation, she was also fighting the fight as a Black person for Black liberation. That component of her story has always been so separate,’ Moxley says.

Black trans people in particular have spent their lives neither sharing fully in the wins of LGBTQ+ or Black liberation movements.

This is despite how Black trans women suffer disproportionately from the very racism, homophobia and transphobia these movements work to wipe out.

And it’s not only Johnson’s name that comes to mind for Moxley: Stonewall veteran Miss Major Griffin-Gracy, ‘true disco queen’ Sylvester and Los Angeles-based HIV campaigner Valerie Spencer, among many others.

And this struggle is one Black trans women can’t shake off. During the resurgence of the Black Lives Matter movement following the murder of George Floyd, Moxley says she at times struggled to participate.

‘I would go into movement spaces that were very Black, and I would be the only Black trans woman in these spaces,’ she says.

‘Who else is here that can speak to the experience of Black transgender people are having besides me?

‘We’re not just some other group, we are Black people.’

Johnson is gone, and like many of the Black LGBTQ+ women that came before and afer her, she never lived to see her life celebrated. But her activism lives on.

‘Death can never kill a movement. There’s always something that will continue in the movement’s place,’ Moxley says.

‘Just thinking about all of the work that Marsha did to be at the front of the parade because Marsha knew, “I’m the only Black b****h out here, don’t put my Black arse in the back”.’

Much of the hardship Johnson faced in the latter half of the 20th century remains for Black trans women today even as LGBTQ+ people enjoy more rights.

Last year, the majority of the at least 57 trans people violently killed in the US were Black women, according to the Human Rights Campaign, in a wave of brutality the American Medical Association has declared an ‘epidemic’.

This violence has increased year-on-year since the HRC’s records began in 2013.

And Black trans women’s woes don’t end there. The group faces a greater risk of homelessness, unemployment and discrimination.

Today, simply being alive is an achievement for Black trans women, Moxley says. But what about tomorrow?

‘I see more power [in the future]. More individual power, collective power, shared unity… I see reparations… we need our money. We need it and we needed it yesterday,’ she says.

‘I just see more of our community,’ Moxley added, ‘and I’m grateful to be alive.’