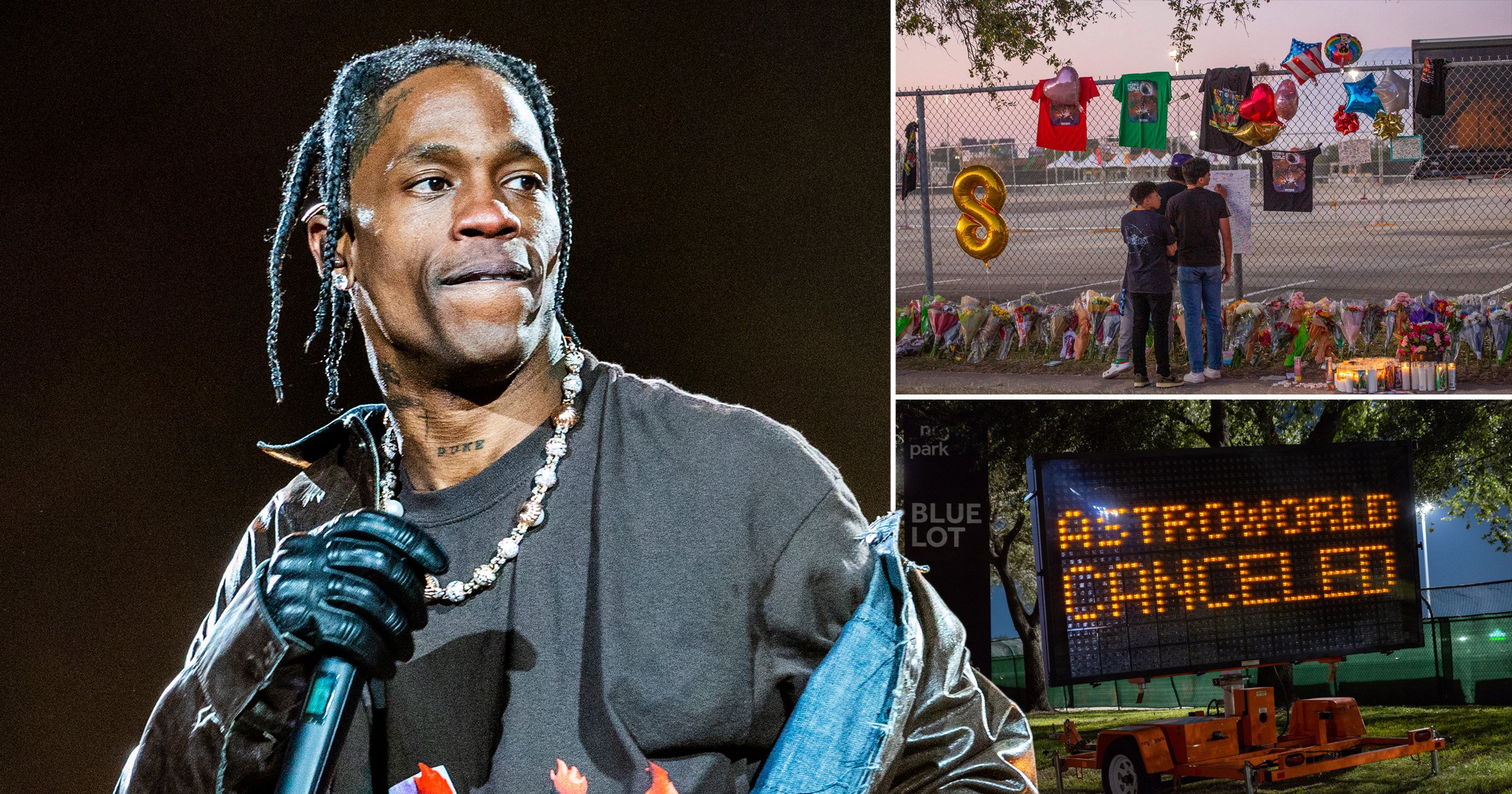 Travis Scott and the team behind his Astroworld festival have come under fire for reportedly letting him continue playing long after a crush began killing concertgoers.

Eight people, one as young as 14, died and dozens more were injured after fans were crushed when the crowd surged towards the stage in Houston, Texas.

Scott’s promoter quickly agreed to stop the show yet the rapper appeared to keep playing till the end of his 75-minute set, at 10.15pm, the newspaper reported.

According to the Washington Post, people in a tightly packed section of crowd can be heard shouting ‘help … please help’ in a clip filmed at 9.12pm – over an hour before the performance finished.

Houston’s fire chief, Samuel Peña, later told a press conference that the crowd had begun to ‘compress towards the front of the stage’, causing some injuries, by 9.15pm.

Staff allegedly ignored fans who begged them to halt the performance, including some who climbed onto raised platforms to point out the injured to camera operators as early as 9.30pm.

Scott, 30, stopped the music several times during his set after spotting fans who had ‘passed out’ or were in distress and asking security to help them out.

Announcing a ‘criminal investigation’ into the tragedy, the local police chief, Troy Finner, said his force had refused to end the show early for fear of sparking an uncontrollable riot.

He said ‘one of the narratives was that some individual was injecting other people with drugs’, revealing that a security guard had ‘felt a prick in his neck’ after trying to restrain a concertgoer and ‘went unconscious’.

A local hospital admitted 25 people hurt in the crush and was still treating 13 – including five children – on Sunday evening.

Some 300 fans were treated for minor injuries such as cuts and bruises.

Scott pleaded guilty to public disorder charges relating to concerts in 2015 and 2018 where he encouraged fans to rush the stage.

Several people have filed lawsuits against the 30-year-old and festival promoter Live Nation, including one accusing Drake, who appeared as a surprise guest act, of inciting crowds ‘even though he knew of “[Travis Scott’s] prior conduct’.

Neither Scott nor Drake have commented on the lawsuits.