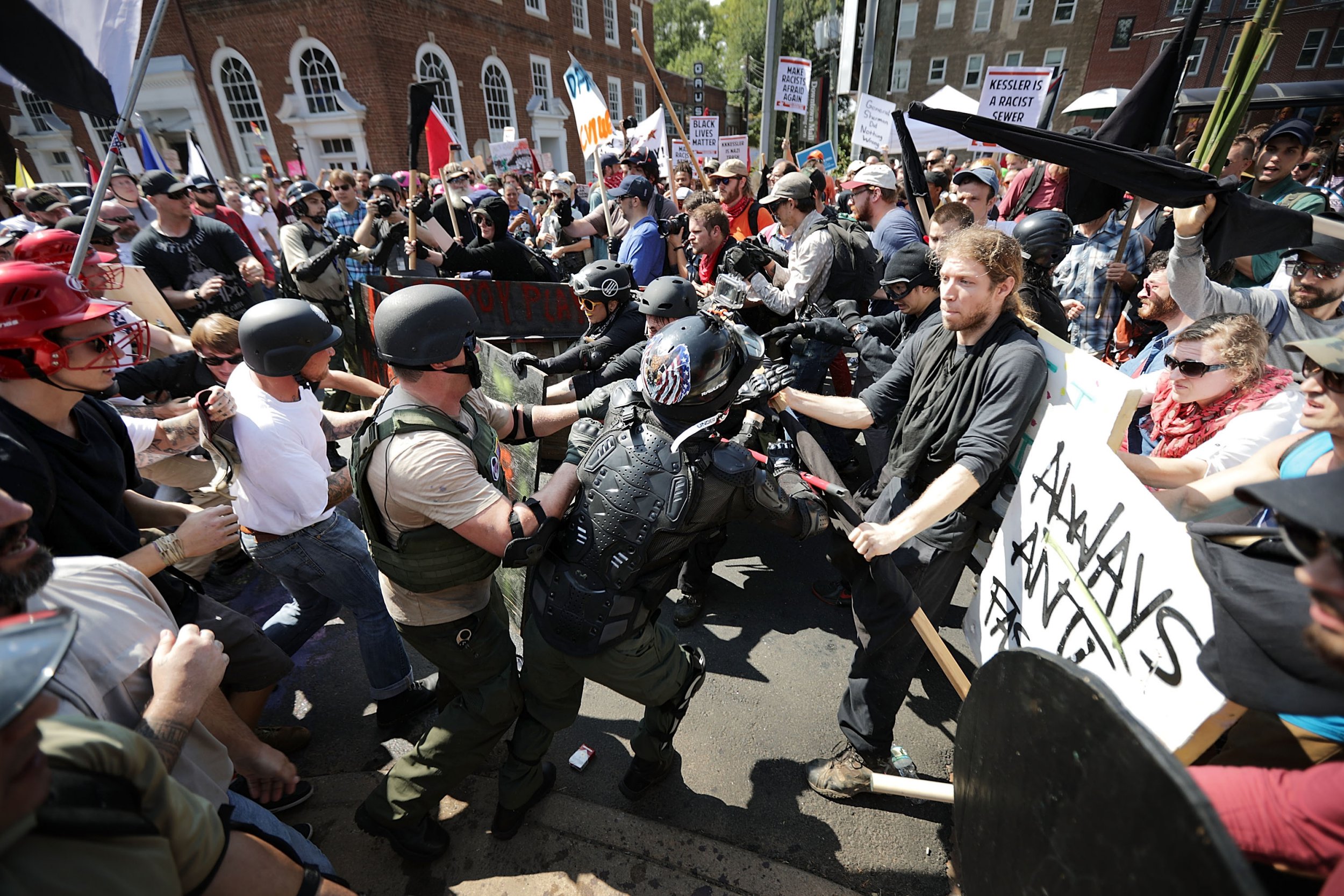 Four years after the Unite the Right rally turned deadly, jury selection began in the federal civil trial that hopes to hold those responsible for the violence accountable.

Jury selection started Monday in the civil lawsuit against organizers and participants of the rally, which ended catastrophically when an alleged neo-Nazi drove his car into a crowd — killing one and injuring more than 30 others.

Nine people injured during the two-day march in 2017 claim in the lawsuit that rally participants conspired to violate the rights of peaceful counter-protesters, and commit racially motivated violence against non-white and Jewish people.

The 24 defendants, including James Alex Fields Jr — the Ohio man who ploughed his Dodge Challenger into a group of counter-protesters and killed Heather Heyer — say they were exercising their First Amendment rights, ABC News reported.

Heyer was a 32-year-old paralegal and civil rights activist.

‘The violence, suffering and emotional distress that occurred in Charlottesville was a direct, intended and foreseeable result of defendants’ unlawful conspiracy. It was all according to plan,’ the lawsuit says.

The rally was organized by far-right groups after word spread of plans to remove a statue of Confederate General Robert E Lee. Following the rally the statue was taken away.

At the time, then-president Donald Trump claimed ‘both sides’ were to blame for the violence.

Fields was convicted of murder and later sentenced to life in prison after pleading guilty to 29 federal hate crime charges.

The civil case has moved slowly since 2017 — in part due to the Covid-19 pandemic — but also because of the defendant’s unwillingness to cooperate.

The lawsuit seeks both compensatory and punitive damages for the nine plaintiffs, but aims to ‘ensure that nothing like this will happen again at the hands of Defendants — not on the streets of Charlottesville, Virginia, and not anywhere else in the United States of America’.