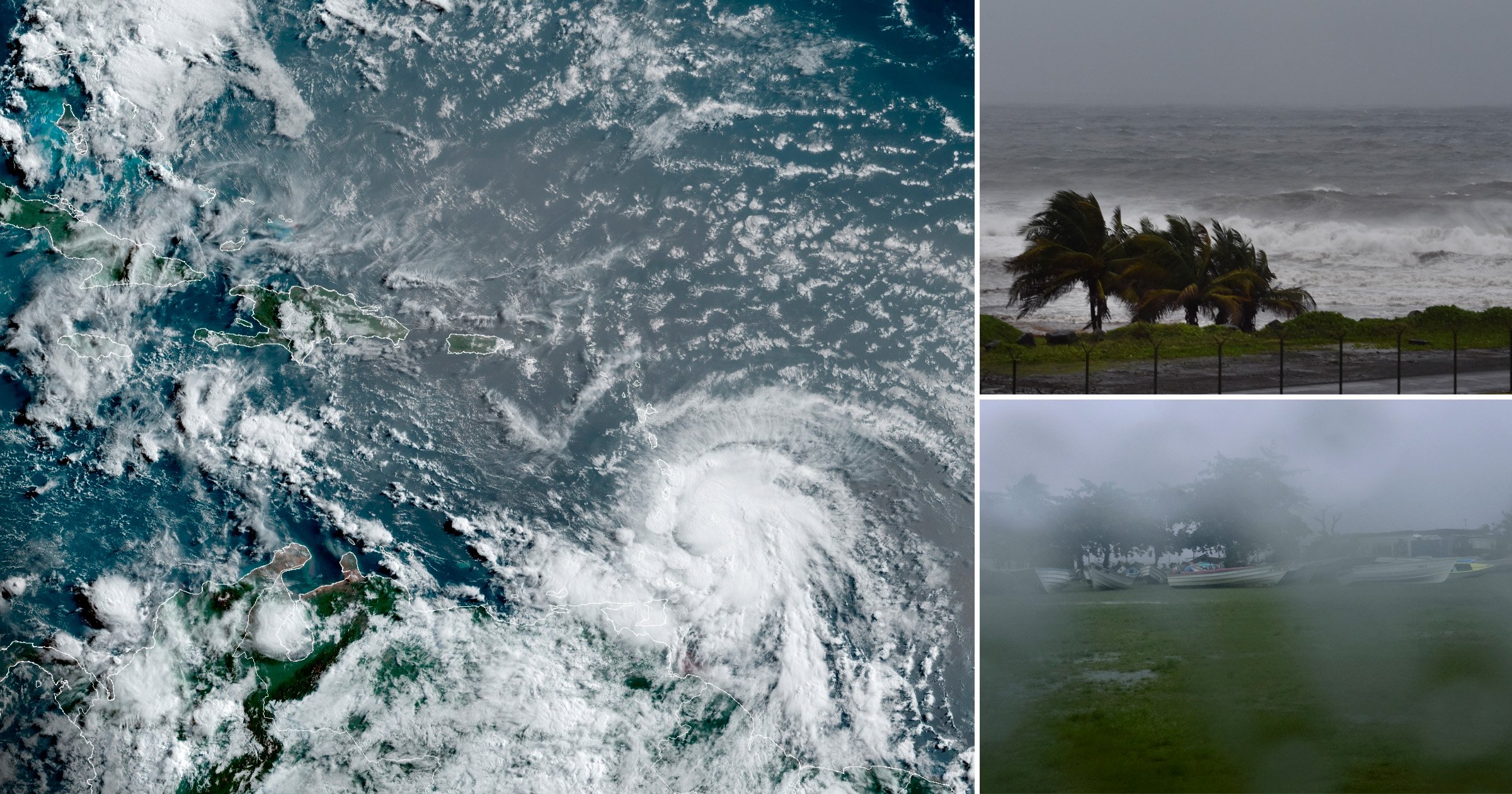 Tropical Storm Elsa strengthened into the first hurricane of the 2021 Atlantic season on Friday morning and could hit Florida as soon as Sunday evening.

Elsa’s winds reached neared 75 miles per hour, qualifying it as a Category 1 hurricane, according to an advisory issued around 11am by the National Hurricane Center. At the time, Hurricane Elsa was about 5 miles south of St Vincent and was heading northwest at 29 mph.

A hurricane warning was issued for St Vincent, Barbados, St Lucia and the Grenadines. Schools, businesses were closed in St Vincent and the Grenadines, as well as an international airport. Barbados also saw closures as it was battered with heavy rain and wind on Thursday night.

Parts of Florida and the Florida Keys are at risk of storm surge, heavy rainfall and wind. The possible severe weather in the region could start to dissipate by Monday night, according to AccuWeather.

‘Impacts to the contiguous United States would begin Monday night at the earliest after the system passes through the Caribbean,’ AccuWeather senior meteorologist Adam Douty told USA Today. ‘Residents from the central Gulf Coast, across Florida and to the Carolina coast should monitor the progress of Elsa.’

On Friday morning, Florida Governor Ron DeSantis said that the southern part of the state could experience tropical storm-grade winds as early as Sunday night. DeSantis said he was working on a possible emergency order.

On Elsa’s path is not only Florida, but also Georgia and South Carolina.

The first hurricane during the Atlantic season usually forms around August 10, according to University of Georgia meteorologist Marshall Shepherd in Forbes. Elsa is the earliest E, or fifth storm of the season, on record, coming sooner than Eduardo which formed on July 6 last year.

It is possible that Elsa could veer north and weaken, according the Florida Public Radio Emergency Network said.