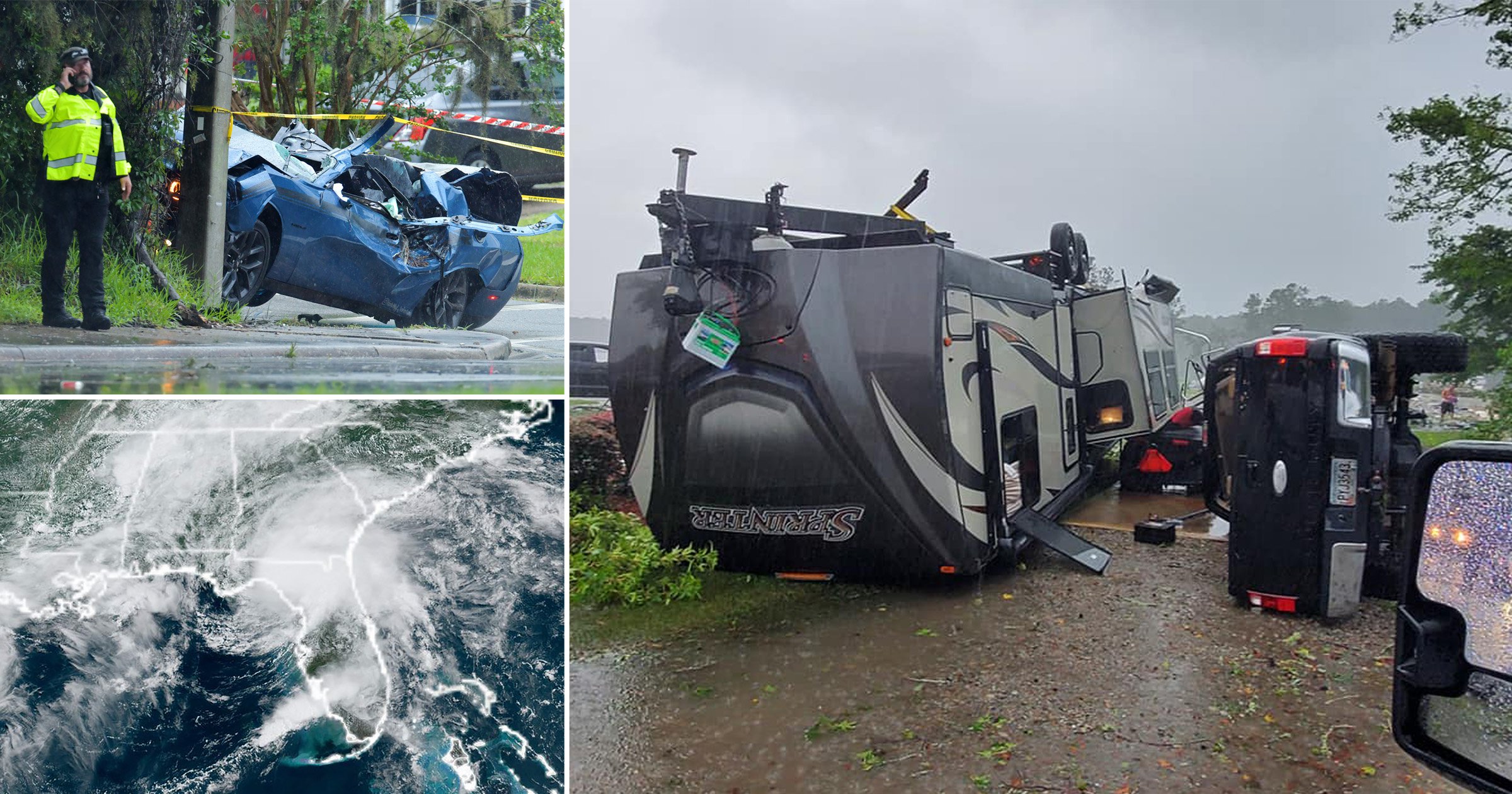 Tropical Storm Elsa killed at least one person in Florida as it swept through the eastern mid-Atlantic states on Thursday and headed for the northeast with heavy rain and winds.

Elsa, which became the first hurricane of the 2021 Atlantic storm season, downgraded back to a tropical storm before making landfall late morning on Wednesday near Steinhatchee, Florida. It spared the state of massive damage, but flood and tornado warnings continued.

Officials in Jacksonville said one person died on Wednesday when a tree fell on top of two vehicles. A spokesman for the Naval Air Force Atlantic Office said a sailor was killed but his identity was not immediately disclosed.

Meanwhile, nine people were injured in the coast of Camden County in Georgia on Wednesday evening when a tornado ravaged a Kings Bay Naval Submarine Base campground with active-duty military members and retirees. Eight of the victims were transported to hospitals, base spokesperson Chris Tucker told WHDH.

‘We understand none of the injuries to be life threatening,’ Tucker said on Thursday. ‘Some of those folks have already been released from the hospital and others have been kept for further observation.’

The tornado overturned several RVs and blew one of them into a lake about 200 feet away, according to a National Weather Service report.

The Georgia and South Carolina coasts were also under a tropical storm warning.

Elsa is expected to carry heavy rainfall, strong winds and a few tornado threats up the East Coast through Friday, according to The Weather Channel. Tropical storm warnings were extended north up to Massachusetts with winds possibly exceeding 39 miles per hour.

Rainfall predictions are two to four inches with isolated totals of as much as six inches from eastern Virginia to New England, according to the National Oceanic and Atmospheric Administration (NOAA).