A truck driver died in a fiery crash on Tuesday after his vehicle careened off the side of an overpass.

The horrifying moment was captured on video from an onlooker’s dashcam at an intersection in Allen, Texas on Tuesday. The truck was driving north on US Highway 75.

The trailer seems to fall off the highway first, pulling the cab with it. The entire truck falls off overpass upside-down. 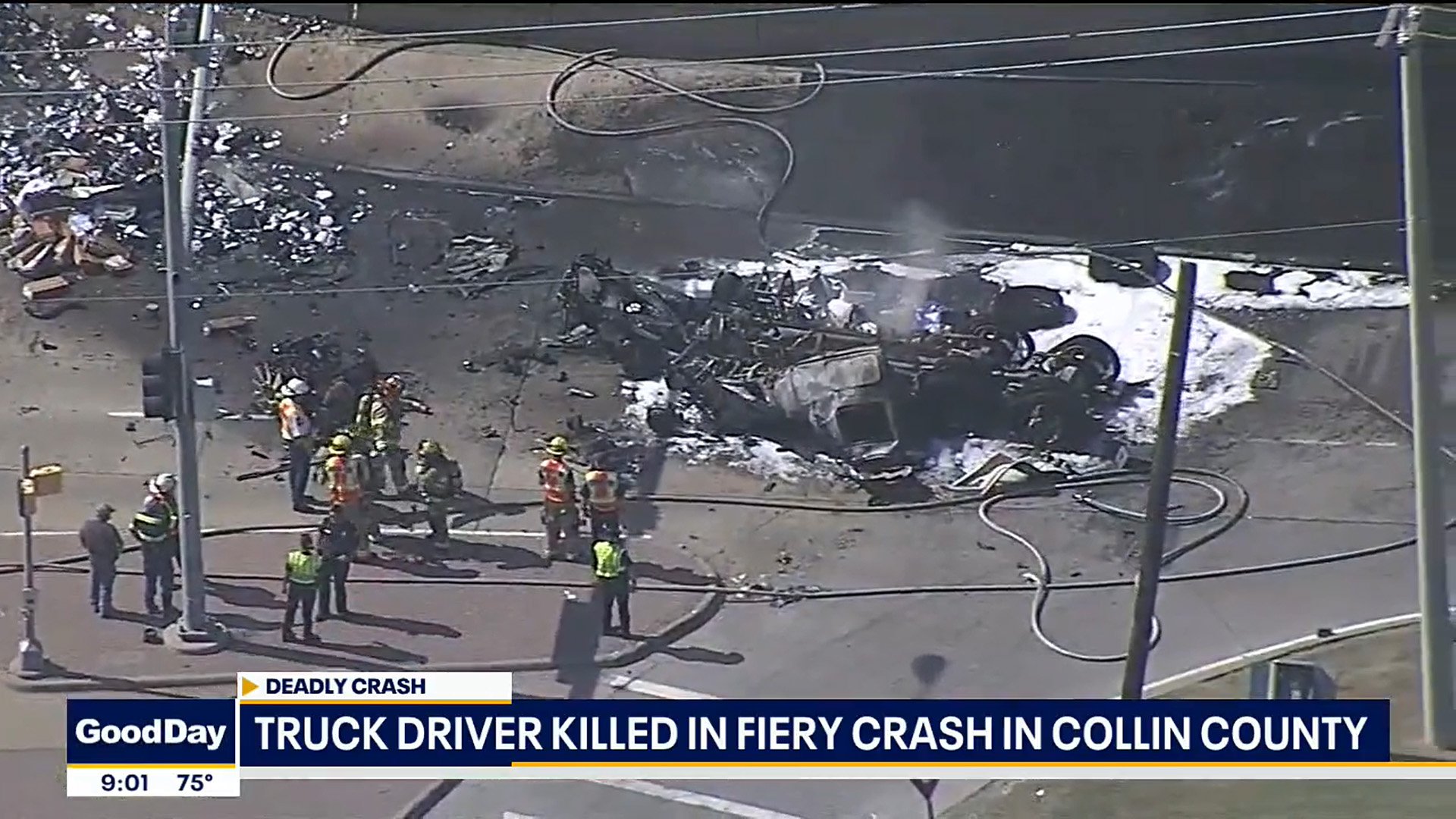 The cab bursts into flames as it hits the ground. The driver, Gustavo Gomez, did not survive.

Allen Police arrived on the scene after the video ends. ‘Officers found a tractor trailer suspended on the right safety barrier,’ the police stated. ‘Outside the tractor trailer, they located the male driver who had died from injuries sustained in the wreck.’

Allen Police said Gomez, 71, collided with another car on the highway, pushing his trailer over the side of the overpass.

The driver in the other vehicle was unharmed and is cooperating with the police investigation.

Gomez worked for the shipping company Bancroft and Sons and was delivering mail for the US Postal Service, his wife Helen Torres told WFAA.

Torres said her husband was a ‘very hard worker’ and a ‘good man’ that was always there for his family.

She also said he was a very careful driver and did not think her husband should be blamed for the accident.

‘He was always so careful. He always made sure his trucks were good when they were driving or before he drove,’ Torres told the local station. ‘He always knew what he was driving, he knew that was a big machine and that he had to be watching out for everybody.’

The crash remains under investigation, and police are asking for the public’s help in finding any additional dashcam footage that may shed light on what happened before the fatal crash.