The presidential rivals both appeared in Tampa, confronting their vulnerabilities and courting a range of voters, a clear sign that both see their political fortunes tied to the state. 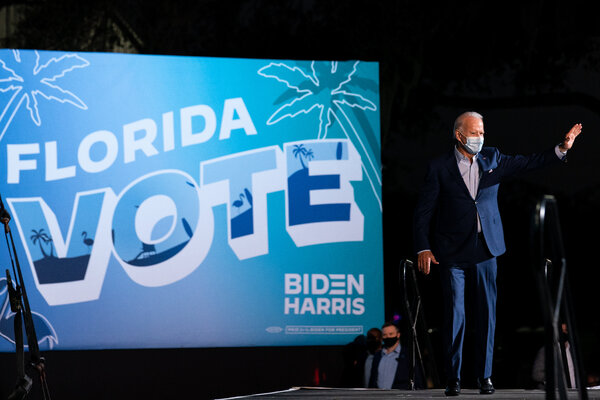 By Katie Glueck and Patricia Mazzei

TAMPA, Fla. — That old political heartbreaker, the presidential battleground of Florida, lured the two White House contenders to the same city on Thursday, as President Trump and Joseph R. Biden Jr. confronted some of their biggest political vulnerabilities in a state that is once again shaping up as the most elusive prize in next week’s election.

Mr. Trump returned to one of the tougher parts of the state for him four years ago, Tampa, one of the few areas he lost to Hillary Clinton in the vote-rich I-4 corridor. Now behind in the polls, the president sought again to win over independents and moderates with a message about corrupt Democrats, an attack that he has had difficulty making stick against the former vice president.

Mr. Biden, in turn, faces an increasingly urgent need to build up his margins with Latinos, a diverse demographic in Florida that he has struggled to broadly galvanize so far. He made a blunt appeal to Cuban-Americans and Venezuelan-Americans, reminding them of human rights abuses in Havana and Caracas.

The rare convergence of the two men on the same day — with Mr. Biden appearing at a drive-in rally on Thursday night in Tampa — was one of the clearest signs yet that both candidates not only see their political fortunes tied to the state but also are far from confident that they are ahead here. Though Mr. Biden has gained ground with older voters who were once part of Mr. Trump’s base, the president is immensely popular with the conservative Republican electorate in Florida. 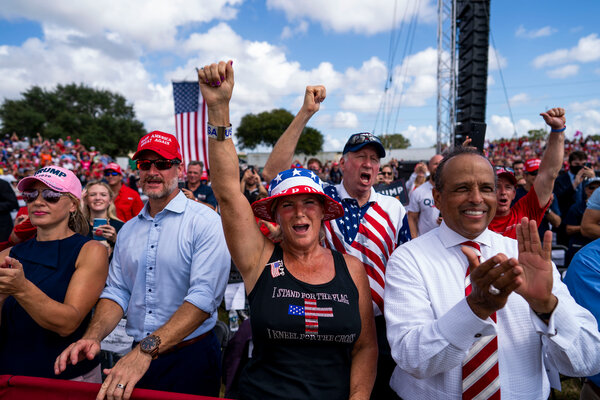 As with Mr. Trump, it was unclear if Mr. Biden’s message would resonate with enough voters to help ensure a winning coalition. But the former vice president acknowledged the unique role Florida would play in determining the winner. “If we win Florida, it’s game time, it’s over, it’s over,” Mr. Biden said as he swung through an outdoor campaign office in Fort Lauderdale earlier in the day.

Mr. Biden has made the president’s handling of the coronavirus the centerpiece of his case for removing Mr. Trump from office, and he pressed that message again on Thursday to voters who continue to suffer the ravages of the outbreak. The virus has cost Florida’s tourism-dependent economy hundreds of thousands of service jobs, and the disease appears on the verge of another spike, with the state reporting more than 4,000 new cases for three consecutive days this week.

The release of a report on Thursday showing record-breaking growth of the gross domestic product during the third quarter might have offered Mr. Trump an opening to campaign on a rare piece of good news during the final stretch of the general election. But he spent only about five minutes on the economy, calling the G.D.P. number the “biggest” business story of the last 50 years.

He quickly moved on to attack his perceived enemies, including Mr. Biden and the news media, and even mocked some of his fellow Republicans.

President Trump campaigned in Tampa, Fla., Thursday boasting about third-quarter economic gains, and assailing the news media as “the enemy of the people.”

You know some people said — I get a call from all the experts right, guys, that ran for president six, seven, eight times, never got past the first round. But they’re calling me up, “Sir, you shouldn’t be speaking about Hunter. You shouldn’t be saying bad things about Biden because nobody cares.” I disagree. You know, maybe that’s why I’m here and they’re not. But … [cheering] they say, they say, “Talk about your economic success. Talk about 33.1 percent — the greatest in history.” Now look, if I do, I mean, how many times can I say it? I’ll say it five or six times during a speech, “33.1.” How about “anonymous,” did we see anonymous — a low staffer? “Anonymous” turned out to be a guy. I’m trying to figure out — I don’t know who the hell this guy is. So The New York Times said “a senior White House official” — nobody knew who he was. This was a — look, we are in big trouble with the press. They are truly the enemy of the people. They are the enemy of the people. Our incredible first lady is sitting here right now, and she’s saying, and she’s saying to herself, I wonder if all rallies are like this. No most of them are a little bit different, but that’s OK. You know why, honey, we’re in Florida. This is like home, this is home. 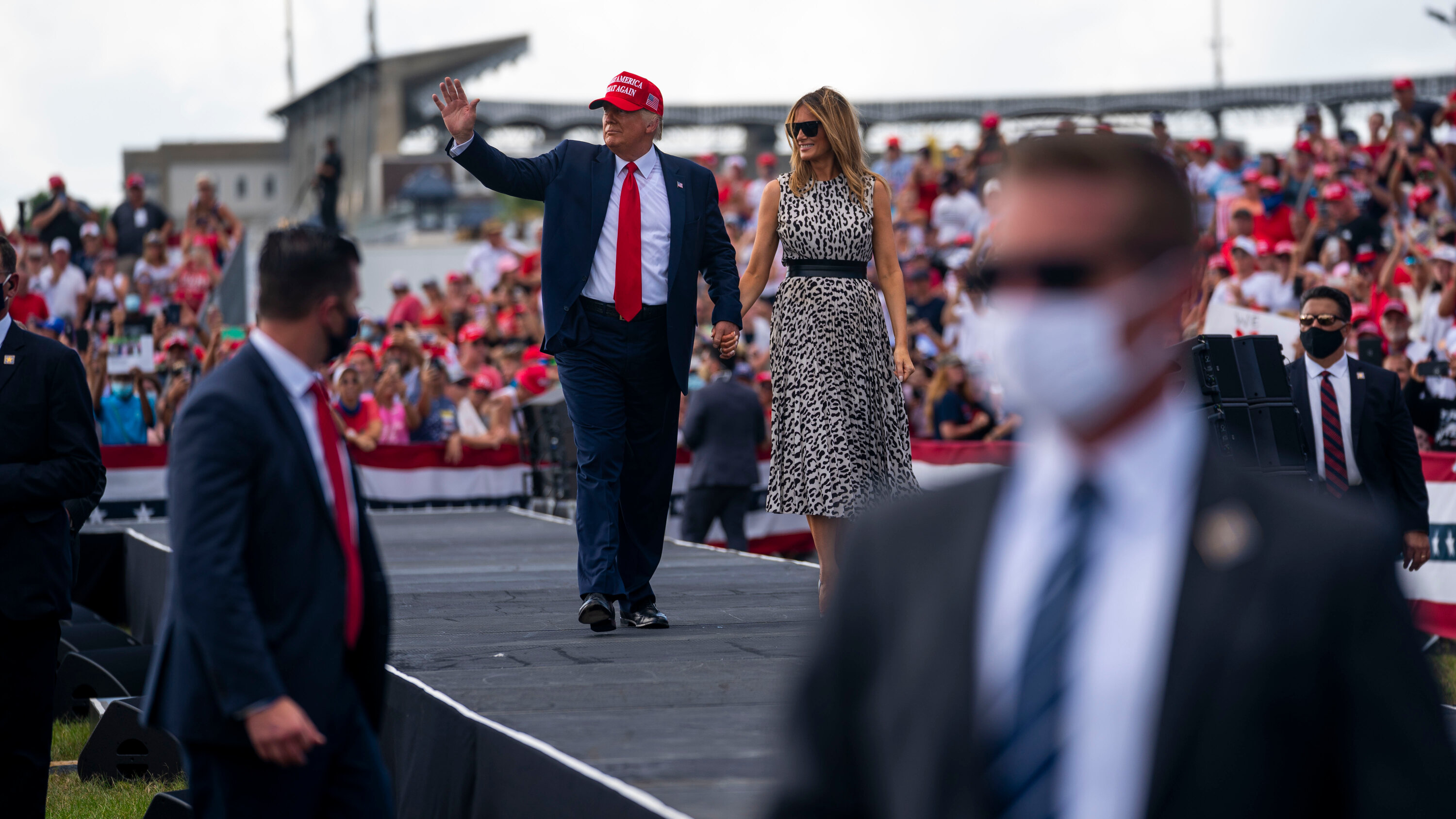 Florida has so many moving political parts that a candidate’s gains with one group are often offset by challenges with another. So while polls indicate that Mr. Biden is doing well with older voters and non-Cuban Hispanics, such as Puerto Ricans, Dominicans and Mexicans, Mr. Trump, already strong with white working-class Floridians, has improved his standing with voters of Cuban descent.