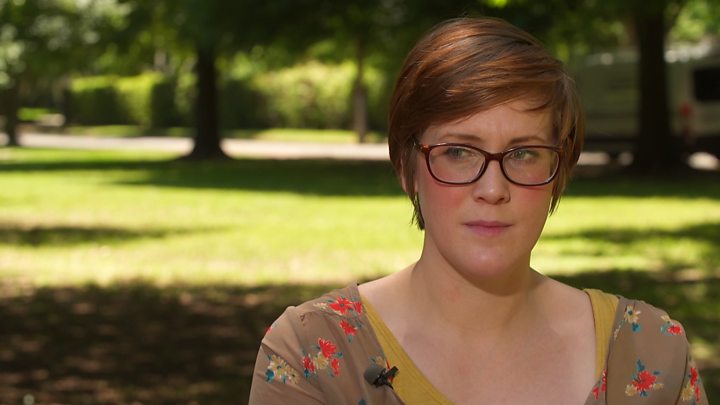 US President Donald Trump has outlined his “strongly pro-life” views on abortion amid controversy over strict new laws passed in several states.

Mr Trump said he was against abortion except in cases of rape, incest or a “serious health risk” to the mother.

His stance on what is a divisive election issue in the US emerged days after Alabama passed a law banning abortion in almost all cases.

A pro-choice rally is planned later on Sunday in protest at the new measures.

Supporters of Alabama’s abortion ban say they expect the law to be blocked in court, but hope that the appeals process will bring it before the US Supreme Court.

They want the highest court in the land – which now has a conservative majority – to overturn the 1973 Roe vs Wade ruling legalising abortion in the US.

Sixteen other states are also seeking to impose new restrictions on abortion.

What did the president say?

Mr Trump had been largely silent on the Alabama restrictions until late on Saturday, when he posted a series of tweets outlining his position on abortion.

“I am very strongly pro-life, with the three exceptions – rape, incest and protecting the life of the mother – the same position taken by Ronald Reagan”, he said.

The president added that judicial measures, such as his appointment of conservative Supreme Court judges Neil Gorsuch and Brett Kavanaugh, have helped to make abortion laws in various states more restrictive.

“We have come very far in the last two years with 105 wonderful new federal judges (many more to come), two great new supreme court justices … and a whole new and positive attitude about the right to life.”

Abortion is an issue which remains controversial in the United States, with evangelical Christians in particular forming a nucleus of voters who want to restrict, or even outlaw the procedure completely.

Senior Democrats have also suggested that the issue will be an important one in the 2020 presidential campaign.

Massachusetts senator and Democratic presidential candidate Elizabeth Warren responded to Alabama’s abortion ban by saying: “This ban is dangerous and exceptionally cruel – and the bill’s authors want to use it to overturn Roe v. Wade.

“I’ve lived in that America and let me tell you: We are not going back – not now, not ever. We will fight this. And we will win.”