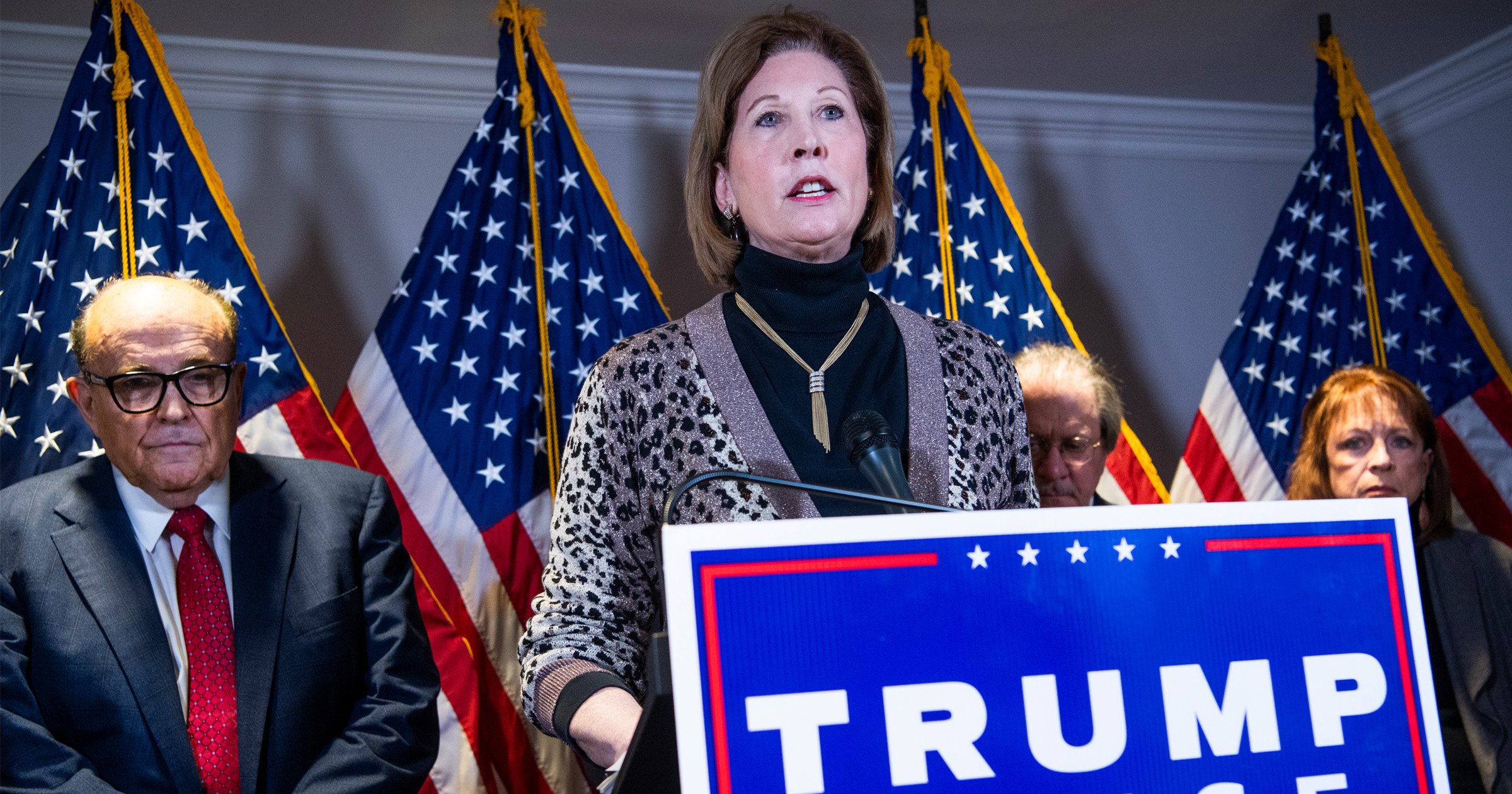 Former President Donald Trump’s reelection campaign reportedly was aware that his lawyers’ claims that a voting machine company conspired to steal the 2020 presidential election from him were unfounded.

Attorneys allied with Trump held a press conference two weeks after the election pushing a conspiracy theory that Dominion Voting Systems worked with an election software company, a financier and Venezuela to rig the election against Trump.

But court documents released on Monday and obtained by The New York Times showed that prior to that news conference, the Trump campaign had compiled an internal memo finding that the lawyers’ claims were false.

The memo determined that Dominion did not use voting technology from the software company Smartmatic and had no direct links to the financier George Soros or Venezuela.

Former Dominion employee Eric Coomer filed the court papers as a motion last week in a defamation lawsuit against the Trump campaign.

In addition, ‘the Trump campaign continued to allow its agents’ to ‘advance debunked conspiracy theories and defame’ Coomer, ‘apparently without providing them with their own research debunking those theories’, the motion states.

It was not immediately clear whether Trump read or was aware of the memo.