The United States is, once again, about to expose and interrogate the disunity that now runs through this country.

The process of putting Donald Trump on trial is about to get real.

First will come a debate about whether the constitution allows for such a process, bearing in mind that Mr Trump is no longer in office. Then, assuming that permission is granted, the impeachment trial will start in earnest on Wednesday. 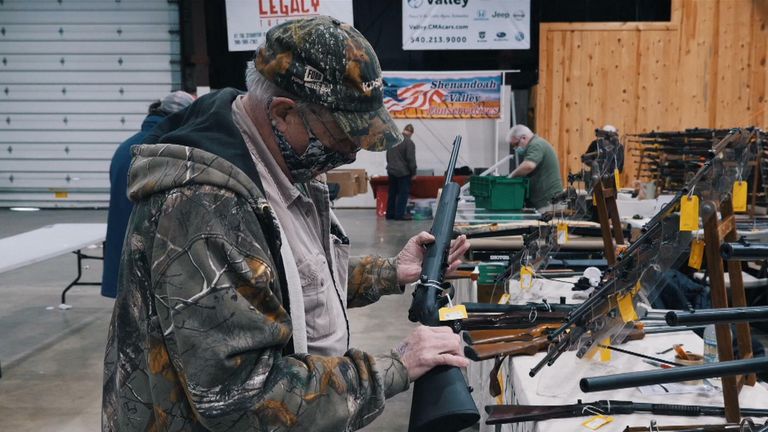 We know that each side will have a maximum of two days to make their case, but what remains unclear is whether witnesses and documents will be demanded as part of the process. Regardless, the trial is likely to stop on Friday afternoon before resuming on Sunday and running on into next week.

The verdict will come from a vote of the nation’s 100 Senators, comprised of 50 Republicans, 48 Democrats and two Independents, whose support for the Democrats is normally taken as read. All are expected to sit in judgment, while Mr Trump has turned down the offer of attending. He will, instead, follow events from his home in Florida.

Mr Trump is alleged to have incited an insurrection, following the storming of the Capitol building by his supporters.

The narrative that will be built against him is that he not only stirred a crowd into furious action on the day, but had laid the ground by disputing the outcome of the election, and by trying to persuade election officials in Georgia to alter the number of votes cast.

Georgia’s secretary of state’s office has now opened a separate investigation into the phone call between Donald Trump and the state’s top election official in which the then-president said he wanted to “find” enough votes to overturn his loss there.

His defence is a patchwork of denials – that his violent words were merely turns of phrase; that the election really was rigged, and he has every right to say so; that the whole process is a waste of time, because he’s already left office.

These are arguments that have already been played out once, when the House of Representatives voted to support the trial going ahead. 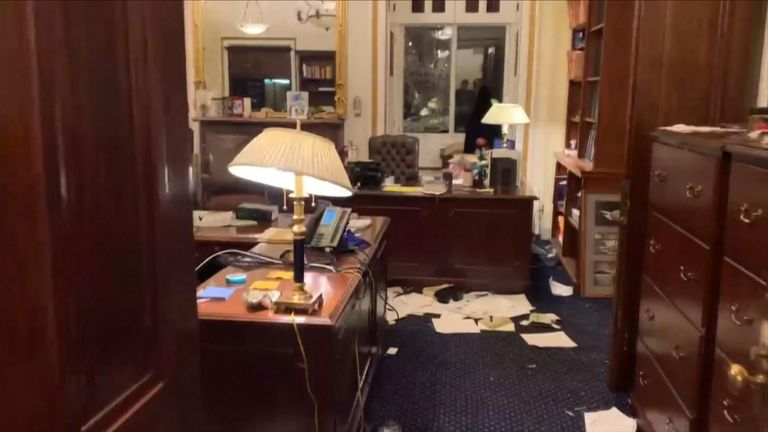 But this time, it really matters. If the former president is convicted, then he could face a subsequent vote that would ban him from running for office again, all but ending his chances of trying to get back into the White House in 2024.

And cast between the two sides of this argument are the nation’s voters.

The overwhelming majority of Republicans across the US oppose the impeachment process; among Democrats, there’s widespread support for him to be convicted.

Mr Trump may have lost his job, but he remains a wildly divisive figure.

In reality, there is very little chance of Mr Trump being convicted.

It would take at least 17 Republican senators voting for conviction, and while that isn’t impossible, it does seem profoundly unlikely.

Tempers and the sense of outrage have calmed since a crop of Republicans in the House voted for impeachment. Senators will take a lot more persuading.

And, having seen the opprobrium poured upon congressional party colleagues who previously voted for impeachment, even those who do feel Trump should carry the can for his actions may yet decide it’s a stance that’s not worth the inevitable backlash.

Instead, the most plausible outcome is that Mr Trump is cleared.

As for the new president, he is at pains to say that he won’t be absorbed with the trial. Joe Biden is instead concentrating on his plans for injecting a $1.9bn stimulus into the American economy, a response to the effects of COVID rather than the shadow of his predecessor.

He wants to bring a period of calm and control.

But he knows that, as long as Mr Trump remains eligible to run again for the White House, the political turbulence in the United States is unlikely to blow over.