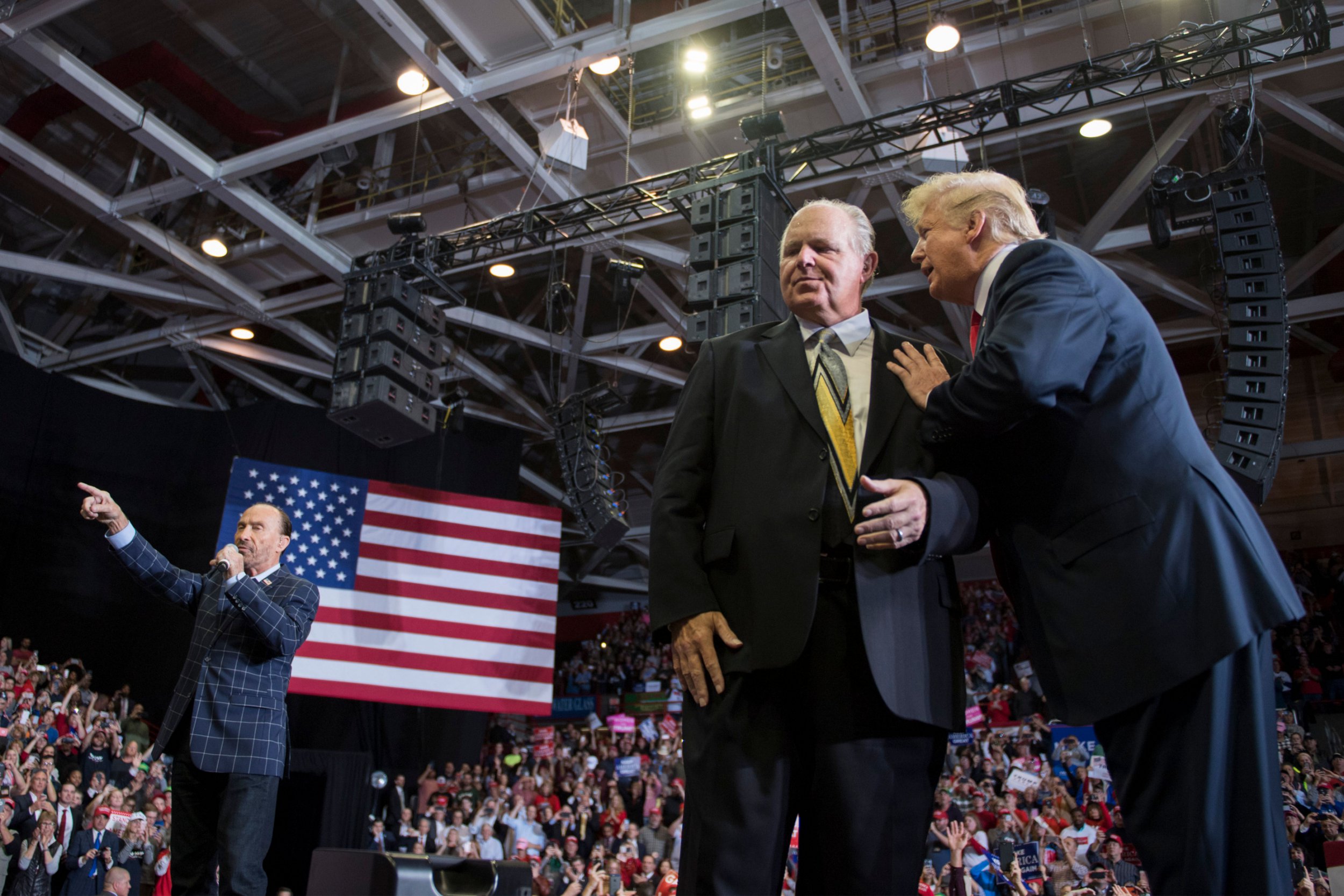 Donald Trump ranted about losing the presidential election in his first public chat since leaving the White House. The former president hit out at his defeat while paying tribute to DJ Rush Limbaugh on Fox News Wednesday. Speaking over the phone from Florida, Trump said: ‘Rush thought we won – so do I.

‘I thought we won substantially. I don’t think you’d have that with a Democrat. You’d have riots all over the place if that happened to a Democrat. Rush felt we won and he was quite angry about it.’

Presenter Harris Faulkner repeatedly tried to question Trump on whether he’d discussed his post-White House plans with Limbaugh, but Trump refused to be drawn on what he was planning.