CPJ says Trump’s attacks have been amplified during the coronavirus crisis, a time when unimpeded journalism is crucial. 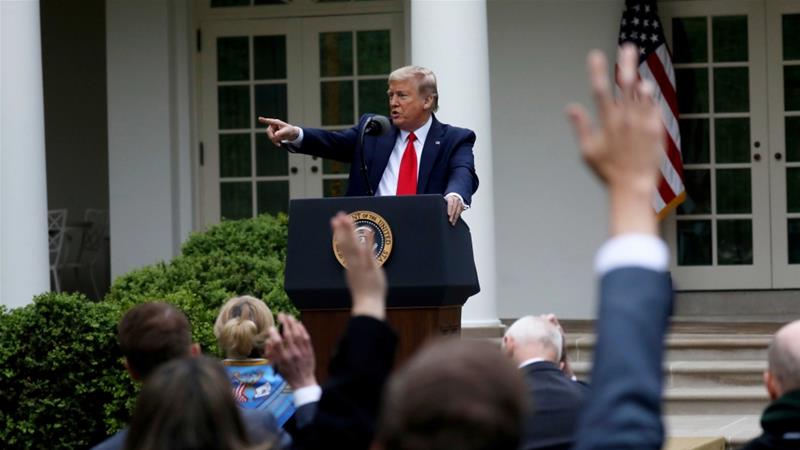 Washington, DC – In disparaging tweets and antagonistic responses to journalists’ questions, United States President Donald Trump has been habitually attacking the news media, branding their reports as “fake news” and the “enemy of the people”, the Committee to Protect Journalists (CPJ) said on Thursday.

A new report by the leading rights organisation says Trump’s rhetoric, which has become all too familiar since he took office, has been amplified during the coronavirus crisis in the US – a pandemic that health experts say the Trump administration initially downplayed and was slow to address.

The report, titled The Trump Administration and the Media, outlines a lengthy list of actions by Trump and his administration in which he repeatedly denigrated media outlets and journalists, discredited accurate reports, called for the boycott of news organisations and made changes in libel laws to punish critical reporting.

“Low Ratings Fake News MSDNC (Comcast) & @CNN are doing everything possible to make the Coronavirus look as bad as possible, including panicking markets, if possible,” Trump tweeted on February 26.

Low Ratings Fake News MSDNC (Comcast) & @CNN are doing everything possible to make the Caronavirus look as bad as possible, including panicking markets, if possible. Likewise their incompetent Do Nothing Democrat comrades are all talk, no action. USA in great shape! @CDCgov…..

On March 8, after more media reports criticised the administration’s response, Trump tweeted, “The Fake News Media is doing everything possible to make us look bad. Sad!”

These actions, the report found, have discredited the media and threaten democracy in the US.

“Along with Trump’s thousands of documented false statements and his promotion of discredited conspiracy theories, the administration’s attacks on the credibility of the news media have dangerously undermined truth and consensus in a deeply divided country,” the CPJ report found.

Trump’s attacks have eroded the credibility of the press in the US, CPJ found. In a Pew survey conducted in March, 62 percent of respondents said the news media had exaggerated the risks from the COVID-19 virus. 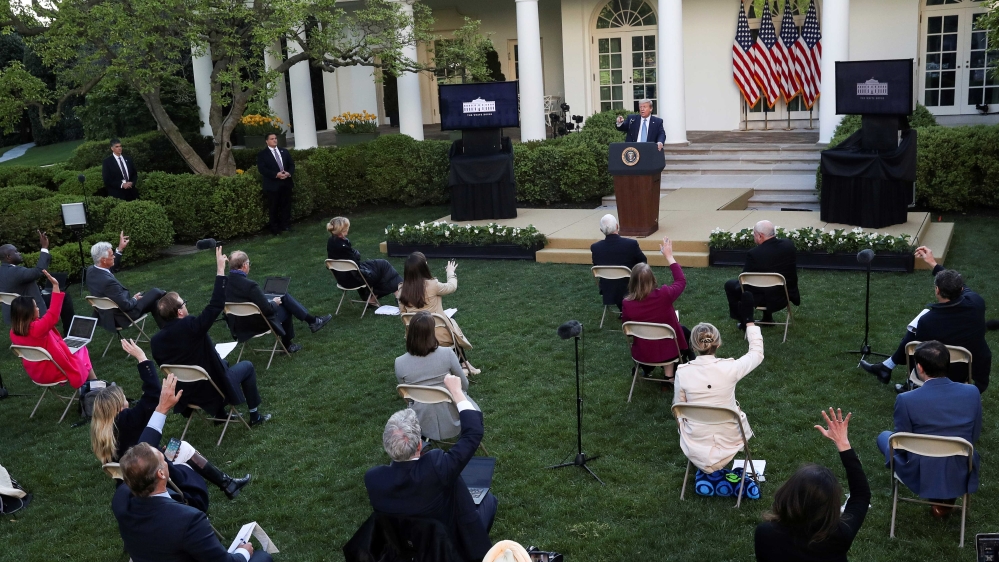 After more than a year of a halt to formal White House press briefings, the coronavirus crisis brought about daily briefings. During these, the administration updates the public on the latest statistics, health recommendations and the administration’s response to the crisis.

Initially, the conferences were led by Vice President Mike Pence, who Trump appointed as the leader of the coronavirus task force. They are viewed by millions of Americans who are under stay-at-home orders and who are desperate for news.

The briefings are now led by Trump in a move that Bhaskar Chakravorti, dean of Global Business at The Fletcher School of Law and Diplomacy at Tufts University, says came after it became clear that record numbers of Americans were tuning in, providing an opportunity for the president to be in the spotlight and get into “a sparring routine” with reporters.

“Trump has an antagonistic posture towards the media, [and] at the same time he recognises that the media is essential for what he wants to accomplish: getting his voice out there and his brand out there,” Chakravorti told Al Jazeera.

“The media is both his enemy and his friend, and he recognises that,” Chakravorti said.

On March 25, Trump was asked about an earlier post on Twitter in which he had said that the “LameStream Media is the dominant force in trying to get me to keep our Country closed as long as possible in the hope that it will be detrimental to my election success.”

Referring to the president’s initial push to reopen the country by April 12, a timeline that was at odds with medical experts’ advice, a reporter asked whether that goal was rooted in Trump’s “political interests”.

“Just so you understand, are you ready?” Trump retorted. 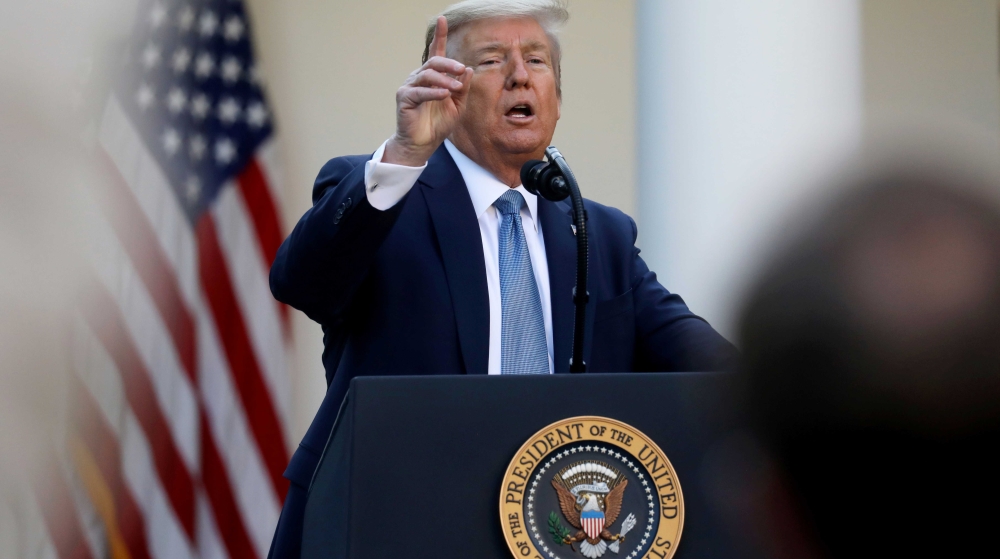 According to the press freedom tracker, a research engine that monitors attacks on the press, Trump has tweeted at least 2,000 negative comments about the media since he officially declared his candidacy in 2015. Those attacks have ramped up on Twitter and during the daily briefings since the coronavirus crisis first hit the US in January.

Paul Zeitz, cofounder of Build a Movement 2020, an advocacy organisation that promotes justice in the US, says it has been clear that the federal response to the crisis has been insufficient, evidenced by the fact that the US has the highest number of infections and deaths and remains the global epicentre of the disease.

“The White House daily press briefings on the coronavirus pandemic have given president Trump an extraordinary platform or bully pulpit for him to push his message out and control the news on a daily basis,” Zeitz said.

Zeitz added that the disparaging of reporters is more of a tactical distraction away from the focus on Trump’s administration.

“His verbal abusing of reporters, intimidating and bullying tactics are all just distractions that he implements quite effectively, and [it] is taking us away from reality,” Zeitz said.

The White House did not immediately respond to Al Jazeera’s request for comment.

Courtney Radsch, advocacy director at CPJ, says Trump’s disparaging of the media has an impact beyond just the US, encouraging authoritarian leaders around the world to emulate his attacks on the media.

The CPJ report found that between January 2017 and May 2019, 26 countries introduced laws restricting media access in the name of preventing “fake news”. Leaders in Poland, Hungary, Turkey, China, the Philippines and Cambodia have cited “fake news” as a reason to criticise or restrict the press in their countries.

“We have seen how the president has responded to the COVID-19 crisis by doubling down on attacks against journalists and media outlets, delegitimising the role of the press,” Radsch told Al Jazeera.

“Trump has engaged in unprecedented anti-press rhetoric, which has been dangerous domestically as well as globally by signalling to authoritarian leaders that they can crack down on the press in their own countries without consequences,” Radsch said.