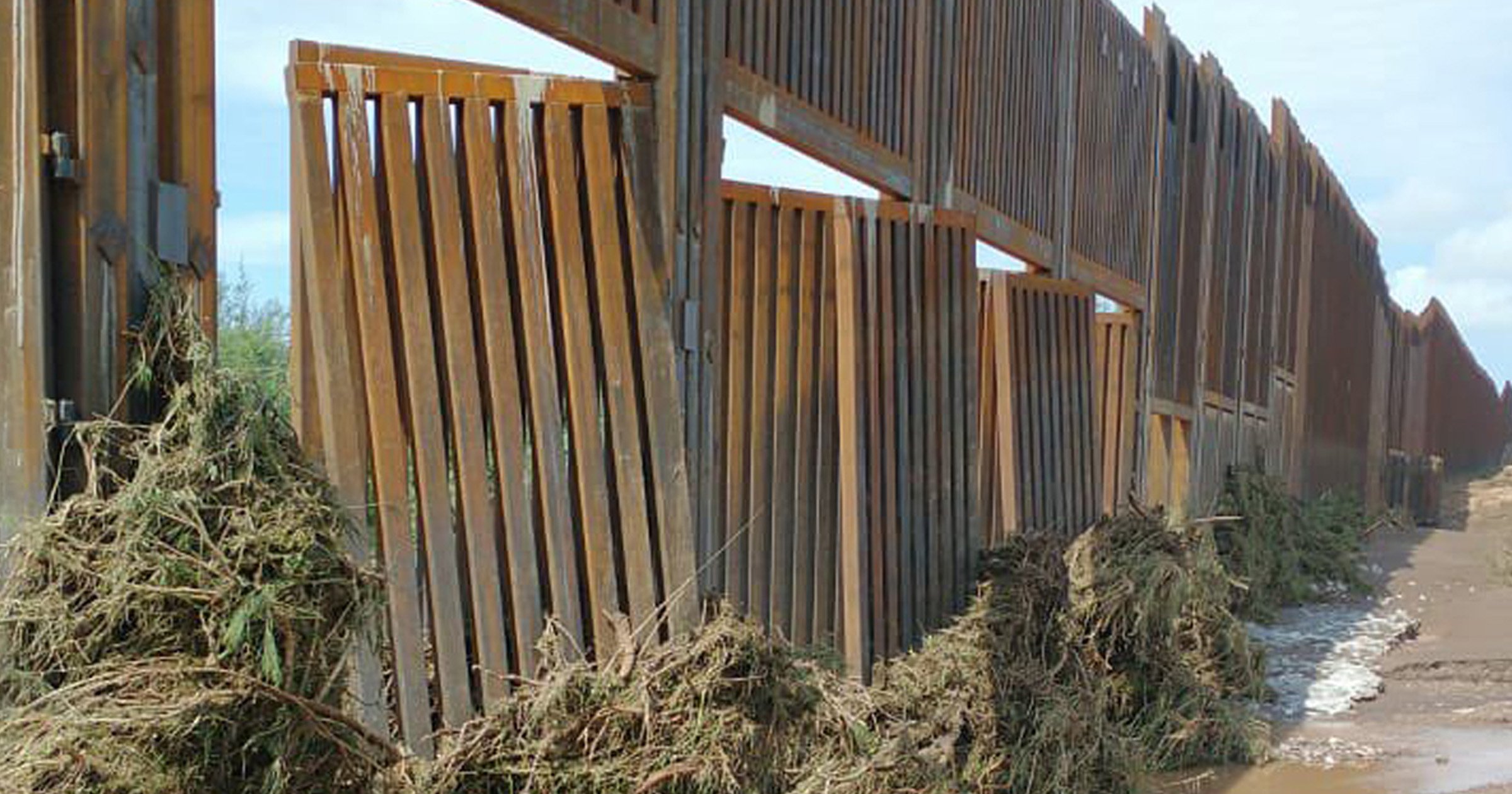 Parts of Donald Trump’s much-publicised border wall with Mexico have been severely damaged in monsoon rains.

Pictures showed metal gates have fallen off their hinges, leaving gaps in a stretch of the barrier in southern Arizona.

Mud and detritus has been washed against the side of the structure after ‘historic flooding’ hit the area.

Others sections were reportedly damaged in the same region.

The wall was one of the central promises of Trump’s presidential campaign in 2015 when he also pledged to make Mexico pay for it.

In reality, the then president funnelled in billions from other federal projects to cover the cost of the much-criticised project after he declared a national emergency.

It was built in a rush with critics claiming environmental and cultural protections laws were sidelined.

Pictures of the damaged wall were taken in the San Bernardino Ranch and shared by conservationists on social media.

A spokesman for U.S. Customs and Border Protection confirmed the damage to the Tucson Sentinel, and blamed the flooding which swamped the metal floodgates and damaged the hinges.

Border Patrol is working to assess the damage and any repairs needed, he said.

Much of Arizona has experienced a severe drought this year but Douglas, where the wildlife refuge is located, saw record-breaking amounts of rain last week.

The area saw double its average monsoon rainfall for the year, with The National Weather Service data showing 2.15 inches of rain fell.

Trump managed to get 452 miles of wall built before leaving the White House earlier this year.

Joe Biden cancelled the emergency order when he came to power and put a stop to construction.

It still remains to be seen what will happen to the project in the long term.